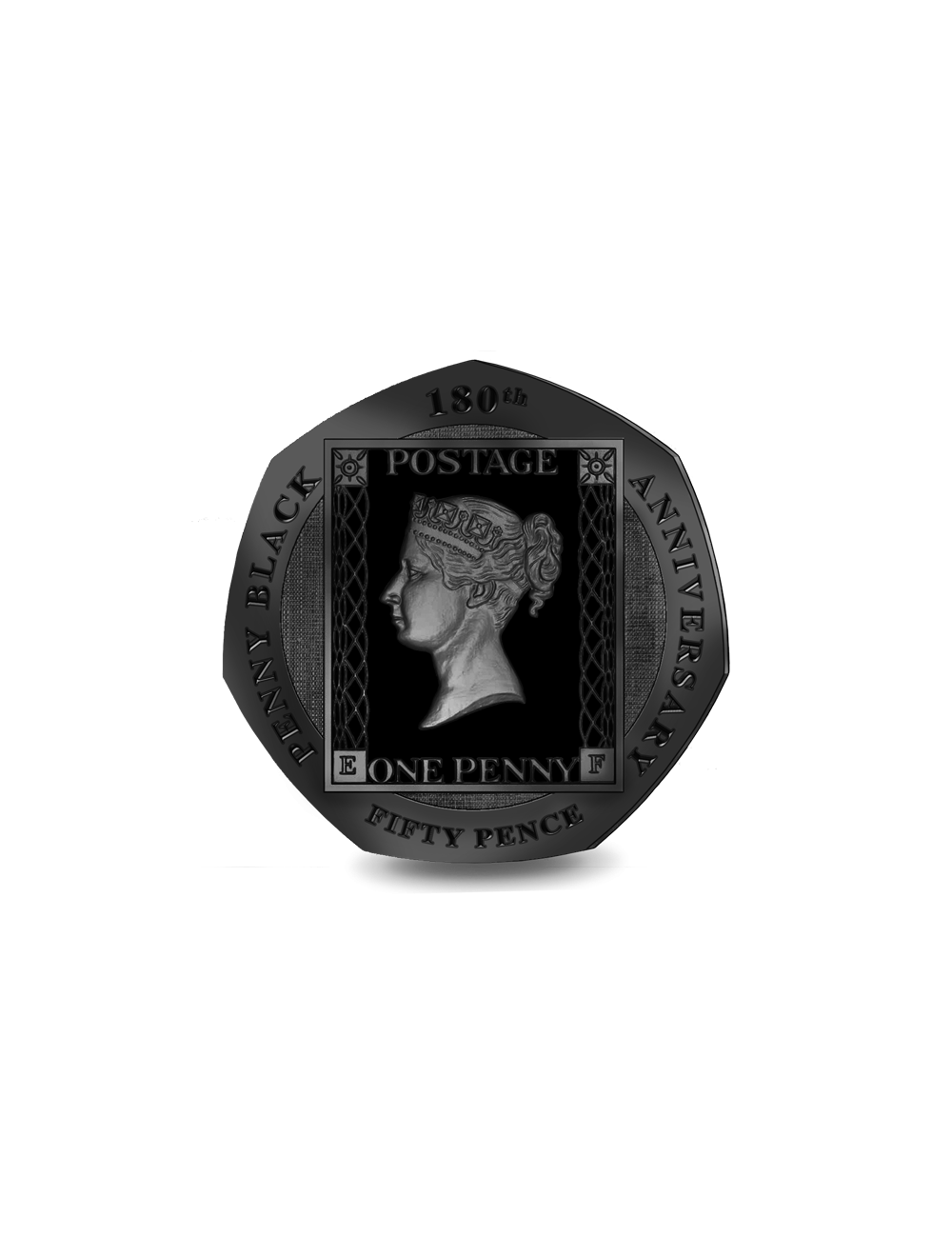 Availability: In stock
SKU
L447590P
£12.46
Add to Wish List Add to Compare
Pobjoy Mint is delighted to announce the new release of the Worlds very first Pearl Black 50p coin to celebrate the 180th Anniversary of the Penny Black stamp. Back in 1990, Pobjoy Mint issued a coin which was the most innovative coin of its time and in fact was awarded with no less than THREE Coin of the year awards – Best Crown, Most Innovative Coinage and overall Coin of the Year. The coin in question was produced to commemorate the anniversary of the world’s first adhesive stamp which was introduced in Britain in 1840 by the famous reformer, Rowland Hill. The stamp made philatelic history, with a beautiful but simple design by Henry Corbould showing the profile of the young Queen Victoria. This stamp quickly became very popular and was well known all over the World as the “Penny Black”. The 50 pence coin has been reproduced using the same design showing the image from the stamp but with a change of anniversary and denomination. All versions will have the lustrous ‘Pearl Black’ finish which is a special technique adopted by Pobjoy Mint in order to create the beautiful effect complemented by the incused rim and for the first time done on a 50p. The obverse of the coin features the Pobjoy Mint Effigy of Her Majesty Queen Elizabeth II. The Cupro Nickel Diamond Finish coin will be presented in a special anniversary pack.
More Information
Coin Specification
Delivery info

Free delivery on all orders over £50.

Available Monday to Friday 9am - 5pm.