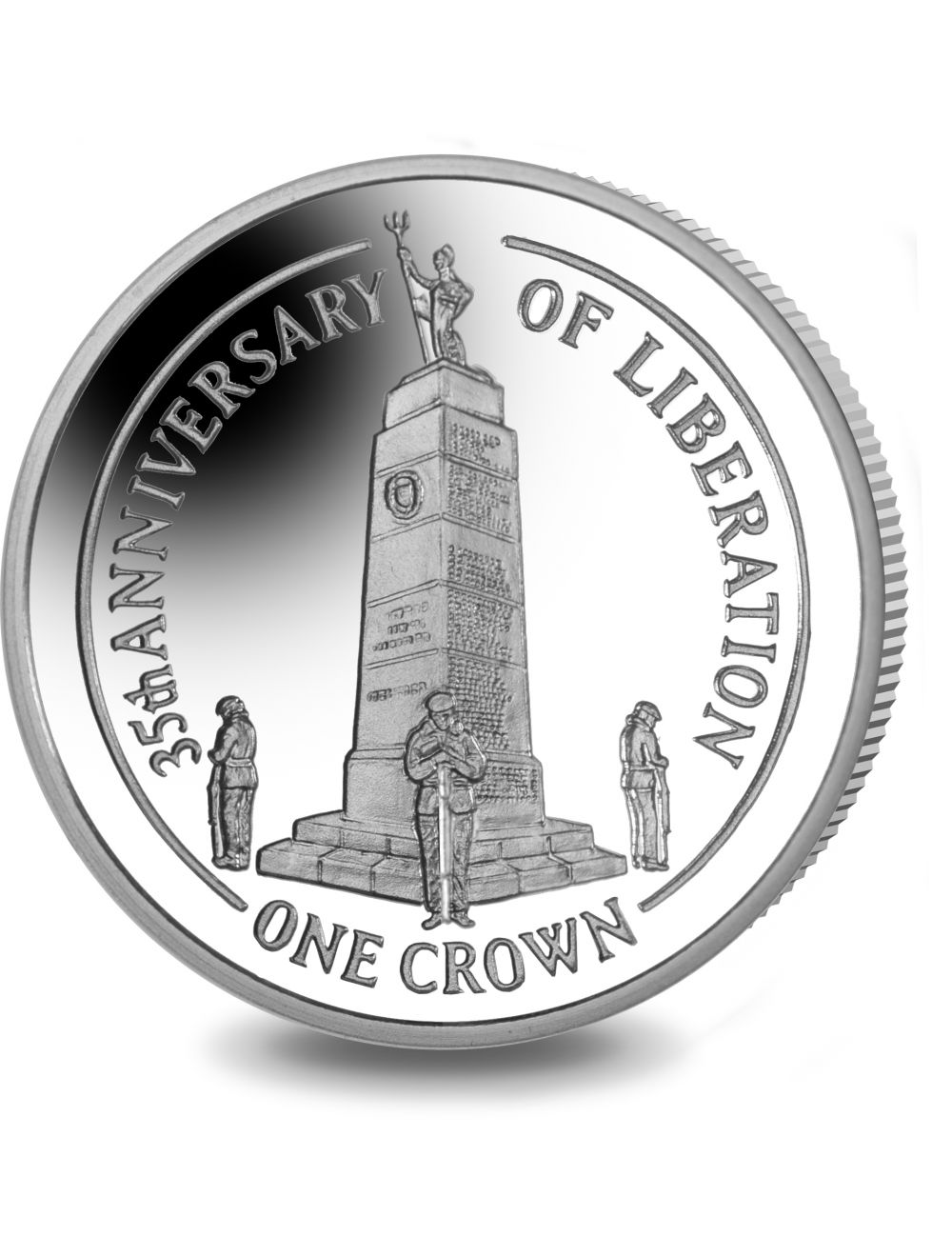 To commemorate the 35th Anniversary of the Falklands Liberation, Pobjoy Mint has produced coin in honour of the soldiers that gave their lives for the sovereignty of their country.

The reverse of the coin features three soldiers facing away from the monument with their heads bowed and both hands placed on top of a sword bayonet in a formation also known as the Prince’s Vigil. In the centre you can see the Falklands Liberation monument crowned with the bronze statue of Britannia.

We are confident that this coin, released in honour of such a significant event, with be popular with our collectors.  The denomination of the coin is a ‘1 Crown’ and the obverse features the Pobjoy Effigy which captures Her Majesty Queen Elizabeth II in high detail.

The Falklands Liberation memorial is a beautiful tribute to our lost soldiers and was erected on the Falkland Islands at the Junction of Ross Road and Reservoir Road in Stanley. The monument was funded entirely by Falkland Islanders and was even designed by a Falkland-born architect Gerald Dixon. The bronze figure of Britannia was sculped by David Norris and was unveiled on Liberation Day 14th 1984.

The long running dispute between Britain and Argentina over the ownership of the Falkland Islands was brought to a head on the 19th March 1982 when 50 Argentines landed on South Georgia Island and hoisted their flag.  Under the order of Galtieri, President of Argentina, the invasion of the Falkland Islands was declared on 2nd April which triggered the start of the War.

The British Government then lead by Margaret Thatcher responded to this attack by sending a large task force to recapture the Islands, including a member of the British Royal Family, Prince Andrew, who personally fought in the battle.  The Campaign launched by Margaret Thatcher, which probably initiated her nickname of the ‘Iron Lady’, was one of the most memorable events in post-war British History, in which British Forces operated 8,000 miles from home and in terrible conditions.

Almost 1,000 people lost their lives during the 74 day conflict but the War was brought to an end on 14th June, with the surrender of Argentina and the announcement of Britain as the victor. Many Veterans and next of kin of those who paid the ultimate price for liberating the Islands have visited over the past 35 years.  Although small in number, the islanders are incredibly welcoming and always make sure visitors have a pleasant stay!