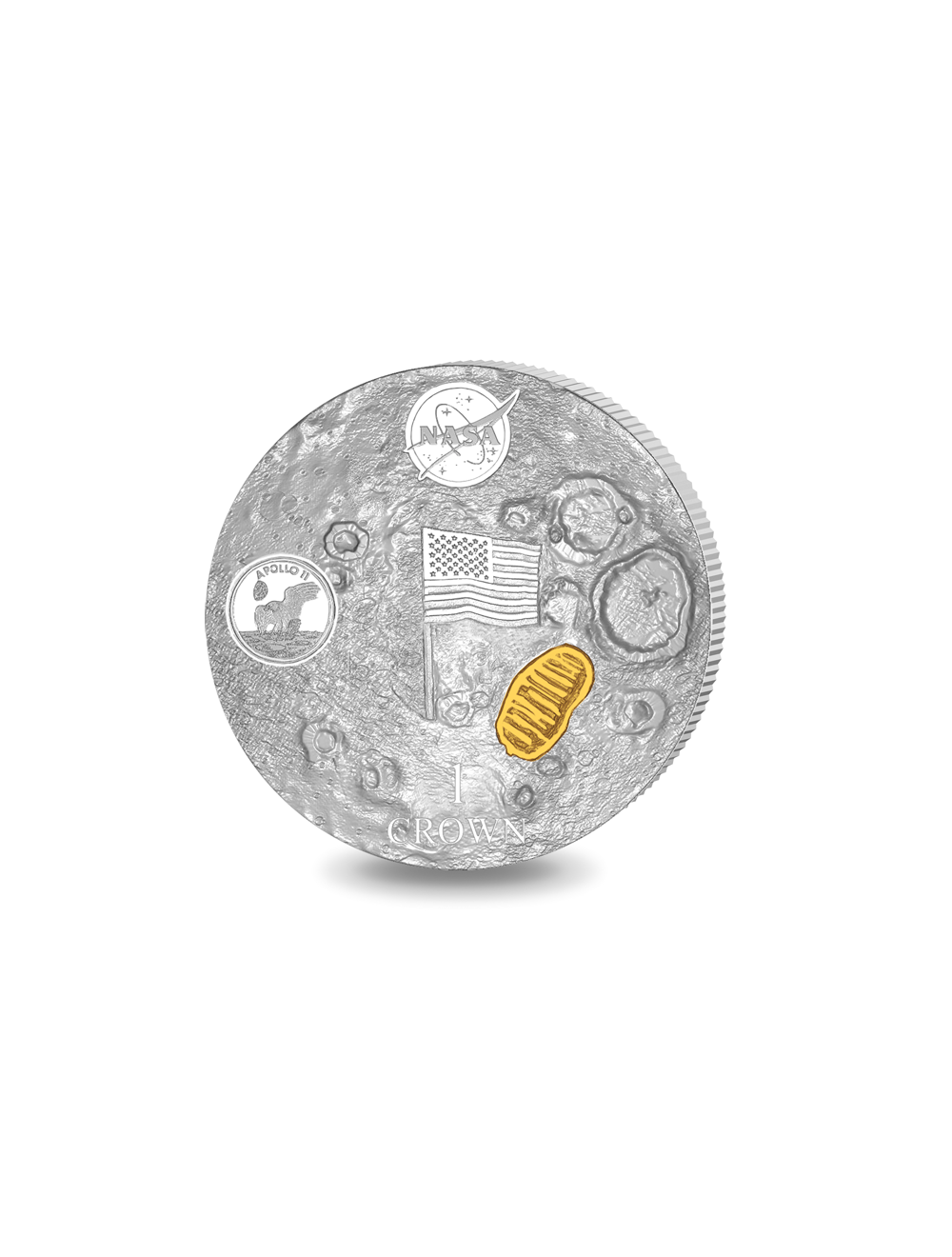 First Man on the Moon and John F. Kennedy Copper Nickel in Packs

Pobjoy Mint is delighted to announce the release of a stunning our 2019 50th Anniversary of the First Man on The Moon Footprint with a Limited Edition Iconic Goldclad® FootPrint. When we released the Apollo 11 First Man on the Moon 2 oz Ultra High Relief and Domed coin in 2019, we held back 99 pieces for a limited-edition coin to be released 1 year later.  As we approach the July 20th anniversary, we are releasing these special coins, and with its direct link to the Apollo 11 Mission, it is particularly apt that this coin is being released on behalf of the Government of Ascension Island.

This historic event will live long in the history books with the famous phrase  “One small step for man, one giant leap for mankind”.. This special Fine Silver 2oz Ultra High Relief Goldclad® set is strictly limited to 99 pieces worldwide.

The design on the Ultra High Relief Coin features the First Man on the Moon which recreates this momentous occasion featuring an astronaut standing on the surface of the moon whilst saluting.  For the first time, this coin is available with the footprint Goldclad®  to make this set even more unique.

This stunning coin features the NASA ‘Meatball’ logo along with the relevant Crew Patch.  Pobjoy Mint is extremely proud to have received special permission from NASA to use these logos on these legal tender coins – the only coins to receive this special accolade.

The obverse of the coin features the exclusive Pobjoy Mint effigy of Her Majesty Queen Elizabeth II.

Apollo 11 launched from the Kennedy Space Center in Florida on 16th July 1969 and landed on the moon four days later on 20th July.  Having touched down on the moon’s Sea of Tranquility, the Space Center in Houston was notified with the historic words “The Eagle has landed.”  Six hours after landing Neil Armstrong took his first steps on the lunar surface making his now infamous statement.  The planting of the US Flag on the surface of the moon marked the US victory of the “Space Race” between the United States and the Soviet Union which had begun in 1955.  When the astronauts left the moon, not only were their footprints left as a permanent reminder of this occasion, but a special plaque was also left which stated “Here Men From The Planet Earth First Set Foot Upon the Moon, July 1969 AD.  We Came in Peace for All Mankind”.