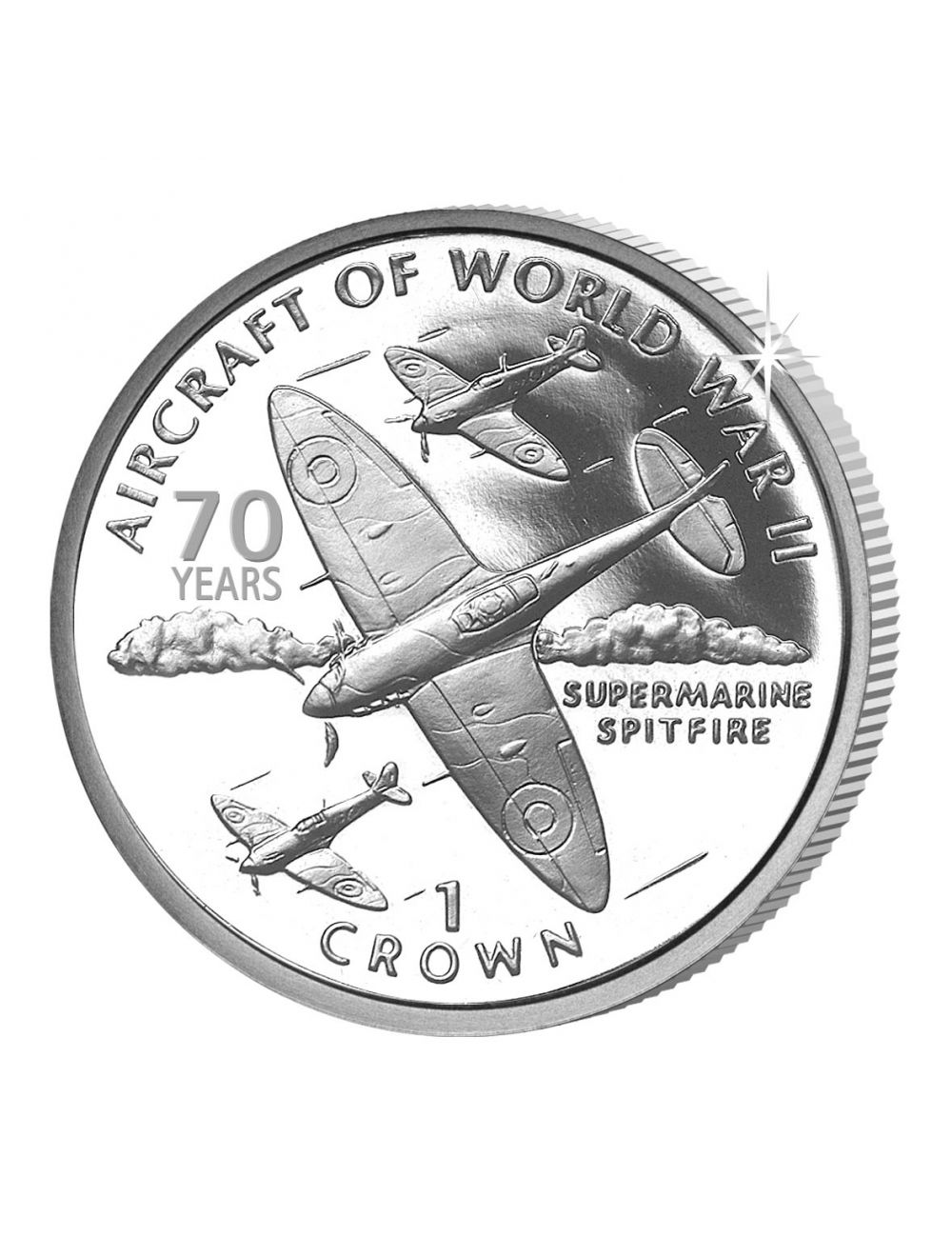 Availability: In stock
SKU
L4445600
Regular Price US$19.95 Special Price US$9.95
Add to Wish List Add to Compare
2006 marked 70 years since one of the best-loved historical fighter places first took to the skies, and to celebrate the plane that helped Britain win World War Two, the Isle of Man treasury has re-issued a popular coin. The Spitfire was a legend of the Battle of Britain and saw constant action throughout the war. This stunning coin, first issued in 1995, has been re-issued with a special '70 Years' privy mark to commemorate the historic occasion. The coin is available in Uncirculated Cupro Nickel with the obverse of the coin featuring an effigy of Her Majesty Queen Elizabeth II produced exclusively by Pobjoy Mint.
More Information
Coin Specification
Delivery info