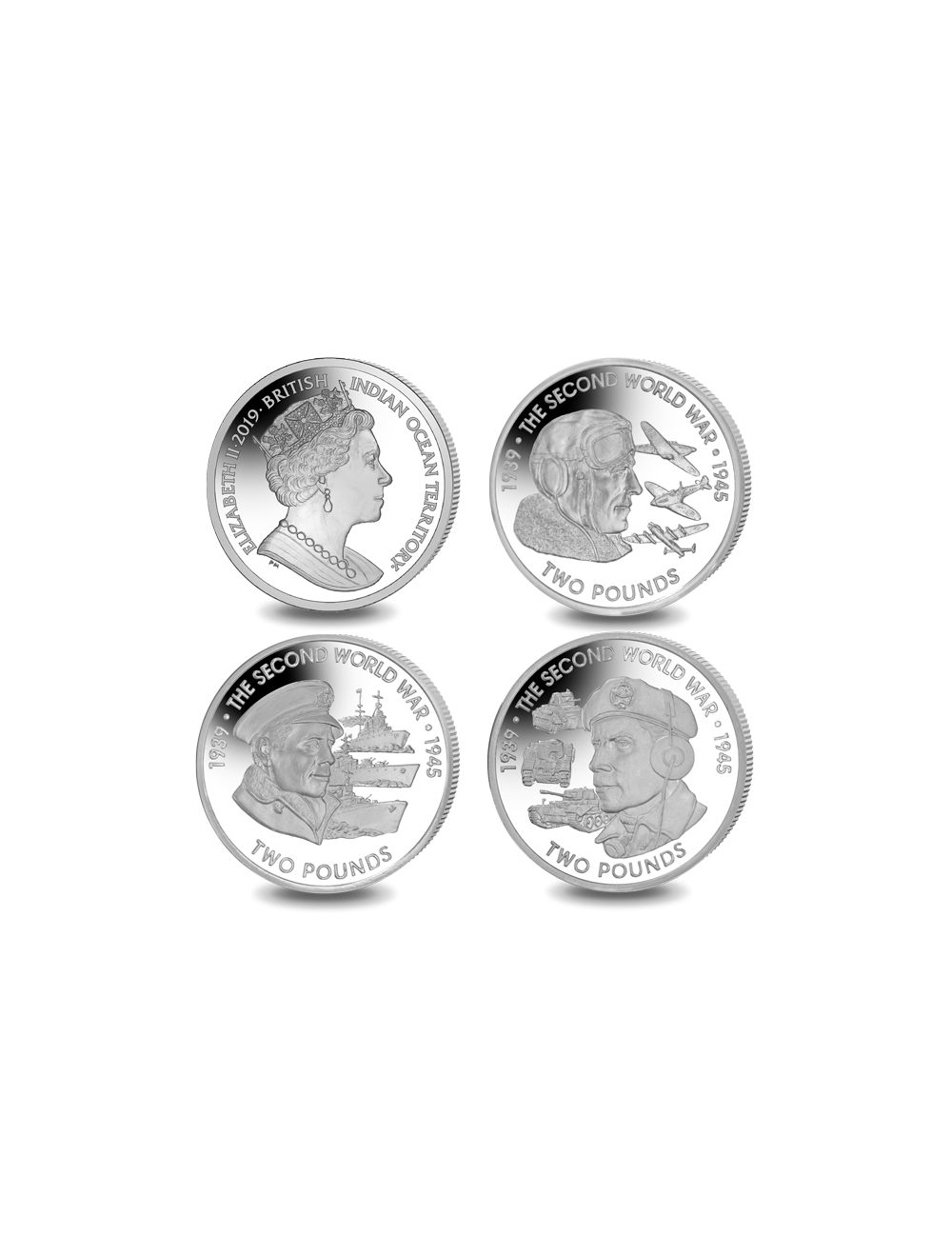 80th Anniversary of the Second World War - The Airman, The Sailor, and The Soldier Complete Set- 2019 Uncirculated Cupro Nickel

To commemorate the 80th Anniversary of the start of the Second World War, Pobjoy Mint is pleased to announce the release of a new 3 coin set, in Uncirculated Cupro Nickel, on the behalf of British Indian Ocean Territory.

The first coin shows a British Airman along with three plplanes which are a Hurricane, a Spitfire and a Lancaster.

The second coin shows a British Sailor along with three ships which are a King George class battleship, and Admiral Class battle cruiser and a Flower class corvette.

The third and final coin shows a British Soldier along with three tanks which are a Matilda, a Churchill and a Cromwell.

Each coin has the wording “1939 – The Second World War – 1945” together with the £2 denomination. The obverse of the coin features the Pobjoy Mint exclusive effigy of Her Majesty Queen Elizabeth II.

Although the UK had increased military spending and funding prior to 1939 in response to the increasing strength of Germany, its forces were still weak by comparison, especially the British Army. Only the Royal Navy, which at the time was the largest in the world, was of a greater strength than its German counterpart. The British Army only had nine divisions available for war, whereas Germany had seventy-eight and France eighty-six.