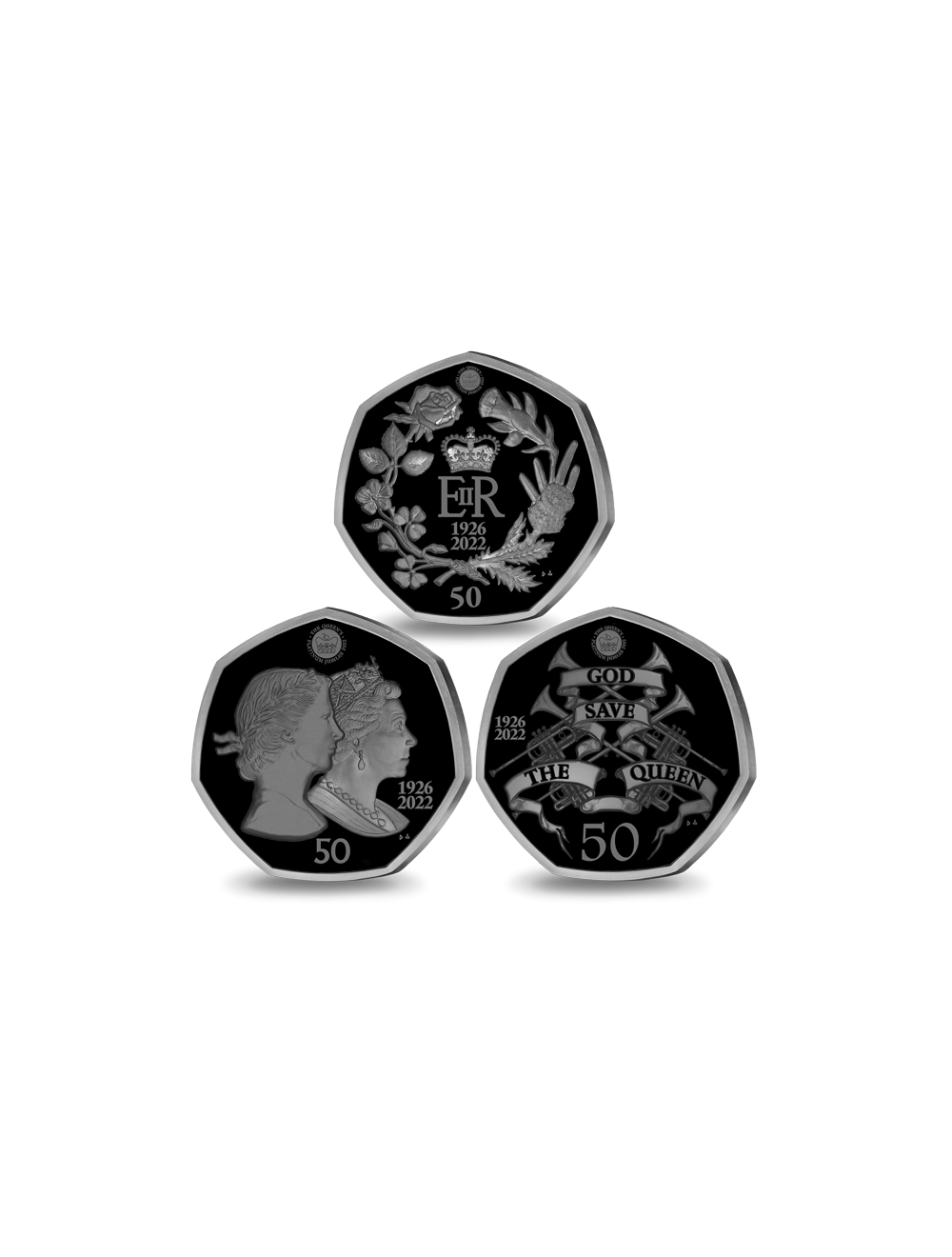 As a tribute of the life of Her Majesty Queen Elizabeth II, Pobjoy Mint are announcing the release of a limited edition 3 coin set of only 1,000 pieces. All coins will feature Pobjoy's Pearl Black Finish with a special privy mark shown as '1926-2022' to mark the life of our beloved Monarch. The obverse of all coins feature an effigy of Her Majesty Queen Elizabeth II, produced exclusively by Pobjoy Mint which will also be blackened. This set has been issued on behalf of various British Overseas Governments.

Proclamation 50p: Following the death of her father, after meeting with the new Queen at St James’s Palace on the morning of 8 February, the scroll containing the official Accession Proclamation was read to the public by the Garter King of Arms, Sir George Bellew. The coin depicts a ribbon representing the scroll in the centre with trumpets of the Royal Heralds at each side. The inscription on the ribbon reads ‘GOD SAVE THE QUEEN’ as that is how the proclamation ended.

Double Portrait 50p:  British sculptor Mary Gaskell Gillick's design of Queen Elizabeth II was notable for portraying the Queen uncrowned, and was the last to be used on the pre-decimal coinage. We, therefore, thought it was very apt to feature a double portrait of Her Majesty including the first and current effigy used in coinage over 70 years of service. The first effigy designed by Mary Gillick and the current effigy has been designed by Pobjoy Mint.