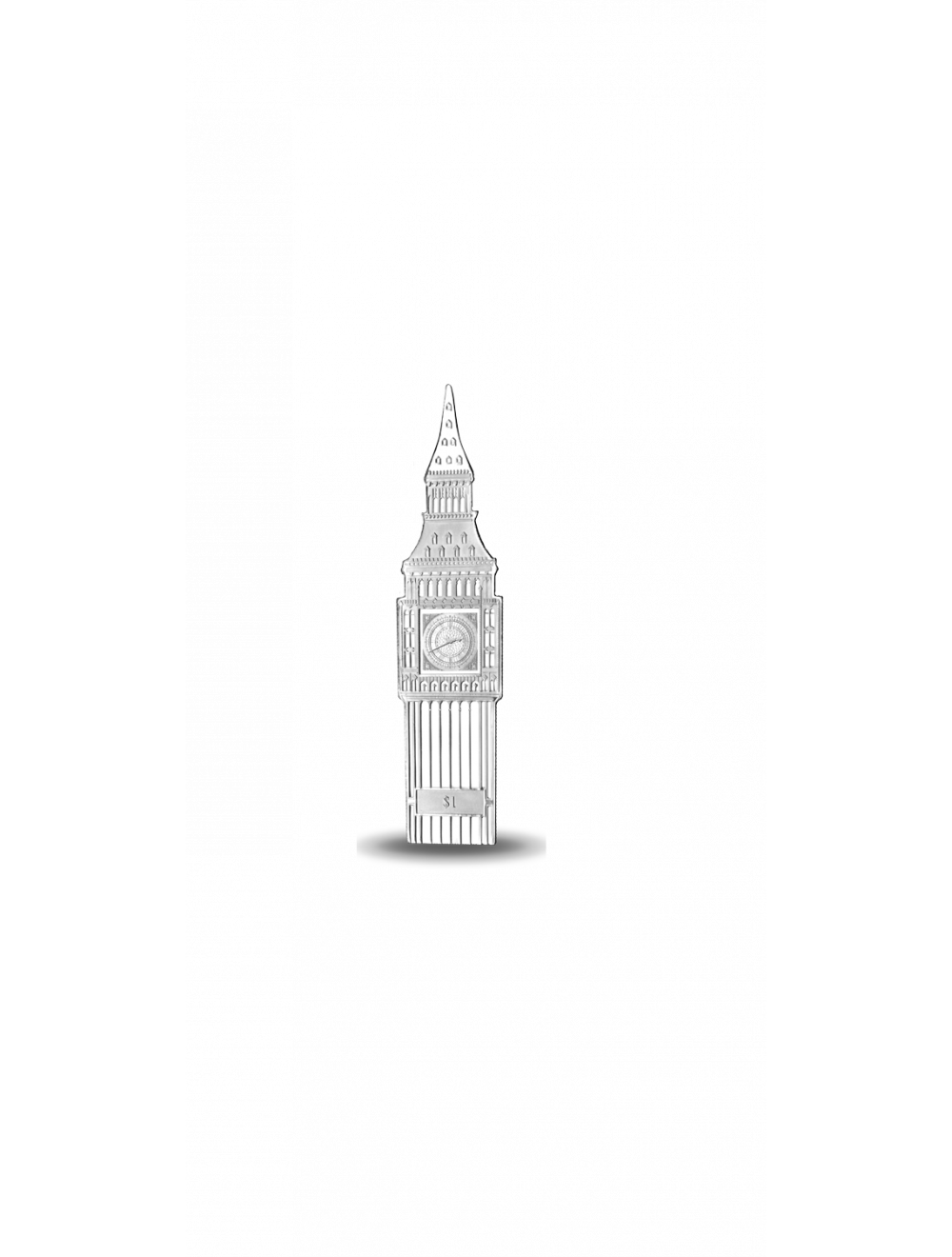 Following on from the success of our Eiffel Tower shaped coin, this year we are producing another uniquely shaped coin on behalf of the British Virgin Islands, this time in the shape of Big Ben.

Big Ben is actually the name of the Great Bell of the clock tower, which was renamed the Elizabeth Tower in 2012 in honour of Her Majesty’s Diamond Jubilee, which is situated at the north end of the Palace of Westminster in London. However, the name is often extended to include the clock and the tower and not just the bell itself.

2016 marks the 160th Anniversary of the casting of the original bell which was cast in Stockton-on-tees in England. Unfortunately, this first bell cracked beyond repair and has since been replaced. The tower itself holds the second largest four-faced chiming clock in the world and is one of the most prominent symbols of the United Kingdom and often features in any movie with a London location.

This unique coin has been produced in the shape of the clock tower showing the intricate architecture of this stunning landmark. As a special tribute to Her Majesty’s 90th Birthday this year, the time of the clock face is shown at 2:40am, the time the Queen was actually born.

As a $1 Uncirculated Nickel Silver coin this is an exceptional addition to any collection and each comes in a special presentation pouch.

The design depicts an image of The Clock Tower (Big Ben) on a specially cut out shape and the denomination appears near the base. The obverse carries Her Majesty’s effigy by Pobjoy Mint and some of the tower’s architectural details.