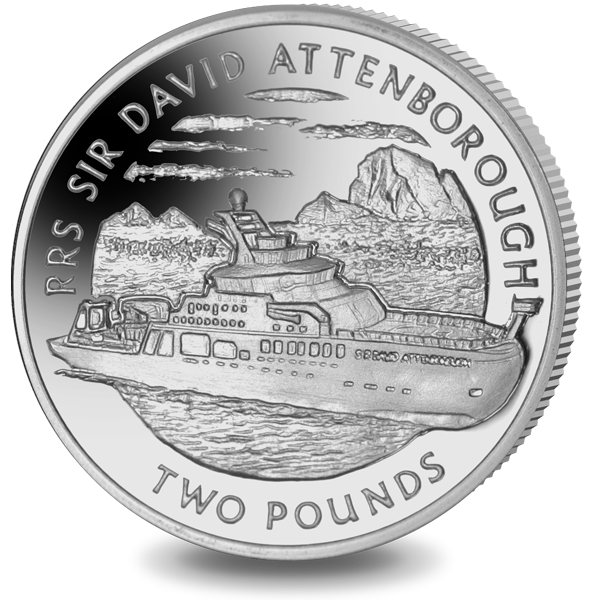 About the RRS Sir David Attenborough:

In 2014, the UK Government announced funding for the construction of a new polar research vessel for the British Antarctic Survey to replace a pair of existing vessels; RRS James Clark Ross and RRS Ernest Shackleton.

The new vessel is named after the famed British broadcaster and natural historian, Sir David Attenborough. The ship will be tasked with the purpose of carrying out research in Polar regions with its improved icebreaking capabilities and greater endurance than previously seen by its ancestors. The vessel will also serve as logistical support for the British Antarctic Survey teams in shore locations.

The ship itself is about 125 metres long, with a beam of about 24 metres, and a draught of about 7 metres. It will hold a crew of approximately 30 and will accommodate up to 60 scientists and support staff. It will also be carrying the Autonomous Underwater Vehicle, more commonly known as Boaty McBoatface.

What is the purpose of this new research ship?

The United Kingdom's new polar research ship is designed to provide polar researchers and international collaborators to state-of-the-art multi-disciplinary research platforms to allow for the study of a wide range of marine disciplines.

There is a current scientific necessity to attempt to learn the role of the polar oceans in our rapidly changing world. In particular, The Southern Ocean currently has limited data coverage due to its remoteness and inhospitable nature. The RRS Sir David Attenborough will, therefore, play an incredibly important role in helping to improve our knowledge of the key polar atmospheric and oceanic processes, which are critical for regulating the earth's climate.

The design on our stunning new coins shows the research ship at sea in the Antarctic with the name RRS Sir David Attenborough shown on the outer edge of the coin. The Pobjoy Mint Exclusive Effigy of Her Majesty Queen Elizabeth II is shown on the obverse of the coin.

A New Polar Research Shipe for the United Kingdom: