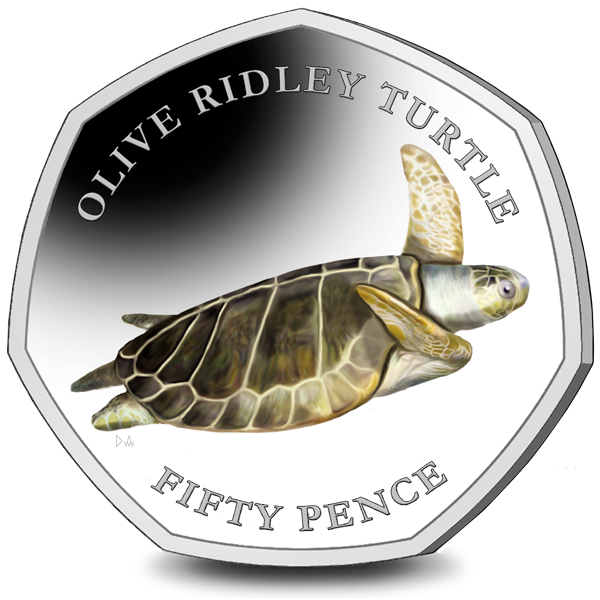 The Fifth and Final Coin in the Well-Loved 2019 Turtles Series is Out Now!

We are delighted to announce the FIFTH AND FINAL coin in our beautiful 50p Turtle Series on Behalf of the British Indian Ocean Territory is out now. This stunning series has proven that turtles remain as popular as ever and has proved to be a well-loved addition to our ever-growing 50p collection.

About the Olive Ridley Turtle:

The Olive Ridley Turtle is the most abundant of all sea turtle species in the world and is known for its mass nesting aggregations. It is one of the smallest of the sea turtles, weighing up to 100 pounds and reaching only about 2 feet in shell length. Despite being considered one of the most abundant of all turtles, globally, they have declined by more than 30% from historic records.

They are believed to be long-lived much like other sea turtles, but their full age has yet to be determined. As they live so long, Olive Ridley turtles do not reach sexual maturity until 13 years old, making this species vulnerable to natural population declines. They also face a number of unnatural threats from human activities, much like many other species of sea turtles.