Government of the Falkland Islands: 35th Anniversary of Liberation Ceremony 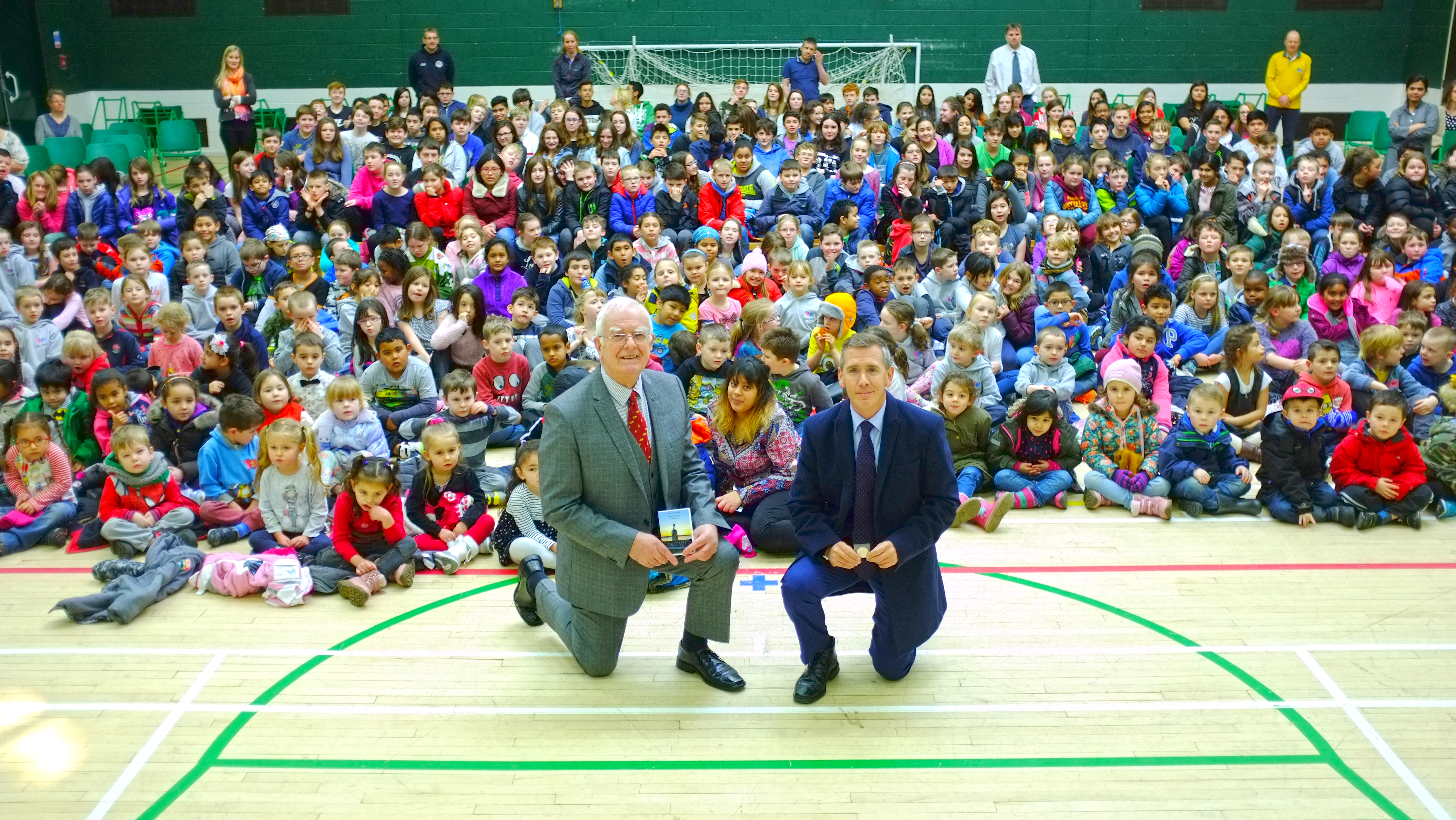 The photo (photographed by James Bicaldo) was taken in the school gym with the students, MLA Roger Edwards and His Excellency the Acting Governor Alex Mitham, 132 students from both the Infant & Junior School and the Falkland Islands Community School congregated in the school gym to receive the coins.

Speeches were given by Mr Paul Barton (Acting Head Teacher of the Falkland Islands Community School) and Mr Mitham explaining to the students the meaning behind the coin and the 35 years of Progress theme for 2017.

The coins were presented to a representative from each class, and an additional coin was gifted to the school to be placed in their time capsule, which they hope to open up in 25 years’ time.

Dependants of families residing at Mount Pleasant Airport will be presented with their coins, and any children below school age as well as students who were absent from the presentation will be able to collect theirs.

A few words from the Government:

"Falkland Islands Government would like to extend its thanks to Pobjoy Mint for the generous gift of the coins, the MoD and Tamsin McLeod for their assistance in getting the coins to the Islands."