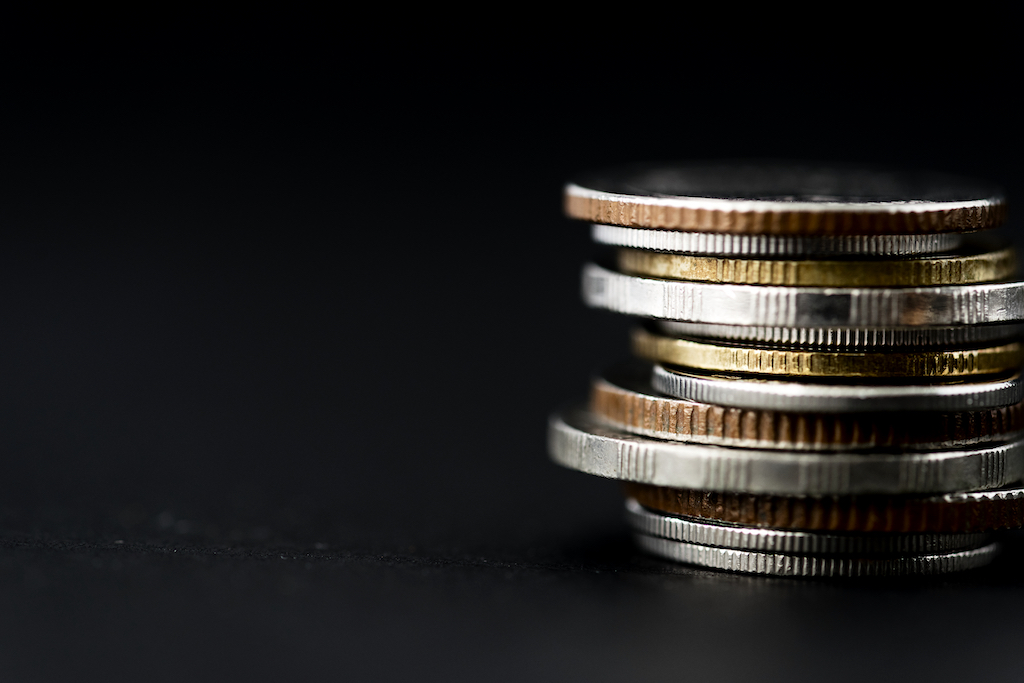 Just as the pot of gold isn’t always at the end of a rainbow, some of the greatest coins are not always the ones found where expected.

With Halloween around the corner, we reveal the roundup of the most unexplained coins and tokens that have been ever discovered…

During the renovation of a house in southern Egypt in 2016, US archaeologists made a very rare discovery – they allegedly found a set of ancient Alien coins. Each coin featured a strange, alien-like figure on the obverse, with some extra-terrestrials and the symbol of UFO’s on the reverse that, according to many ufologists, could be a sign of extra-terrestrial life. There is also a string of text, which the researches believe says “We will return in 2050”.

The official reveal of the coins, however, was lacking any detailed information such as dimension, weight or date. The only released images show them against a black background, which is why many believe the coins are a hoax – although this has never been confirmed. Whether they’re real or fake, the coins are certainly out of this world…

One of the most enigmatic coin discoveries in the UK was that of the ‘devil coins’, which were found during a renovation project at Bath Abby in June 2018.

This false currency was supposedly used in an elaborate satanic hoax in Scandinavia in the 1970s.

The ‘devil coins’ have been embellished with the illustration of Satan and the legend Civitas Diaboli (country or citizenry of the devil) on one side, with the date of 13 Maj Anholt 1973 (13 March 1973) being struck on the other. Along with the coins, there was also a bill for service dated May 15, 1902, and a few small denomination coins.

The ‘devil coins’ are believed to be a part of the strange story of a Danish eccentric, Knud Langkow, who committed an extravagant hoax for over 40 years and which was only revealed a decade after his death.

According to a piece published by The Independent, “the elaborate and extraordinary hoax (sometimes referred to by Scandinavians as “the prank of the century”), began on the remote Danish island of Anholt. In May 1973, at around the time of a full moon, islanders began finding signs of Satanic rituals in an isolated area they called “the desert”. As the Norwegian academic Jesper Aagaard Petersen later wrote – in a paper entitled Operation Mindf***, Viking Edition – there were Polynesian-looking masks, bones wrapped in string, and a fake human head on a stake that was planted in the sand through a child’s sandal strap.

A police officer was ordered to take the ferry from the mainland to Anholt, where he carefully catalogued and photographed the items while talking to the Islanders. Then, just as the first wave of “Satanism on Anholt” stories started dying down, the “devil coins” began appearing. For years, people kept on finding them: in church crypts, behind statues, even on one occasion behind paintings at the police headquarters in Copenhagen.

Until today, almost 400 coins like those found at Bath Abbey have been discovered ‘hidden’ in churches and museums across Denmark and abroad.

Issued in 2018 on behalf of the British Indian Ocean Territory, the Medusa coin is a response to the ancient Myth of Medusa – a stunning young woman who was turned into snakes by Athena as a punishment for violating her temple.

Although the coin is very new, the final piece was stuck with a high relief and antique finish effect in order to bring this mythical character to life, emphasising the venomous snakes in place of her hair.

In one of the greatest tombs at Amphipolis in northern Greece, archaeologists found several ancient coins depicting Alexander the Great.

The tomb dates back to the fourth century BC and is home to a mysterious skeleton that was discovered in 2014. The coins are now being used as a clue to expose who exactly was buried in the tomb, which was likely to have been built for a high-ranking individual as it has been embellished with near-intact sculptures and intricate mosaics.

Diego Aviles, a worker of a construction site in Mexico, claimed that he had discovered a Nazi coin, which has sparked claims of the existence of a parallel universe.

The coins, supposedly found by Aviles, have been imprinted with the text “Nueva Alemania” (New Germany) and year 2039 at the bottom, which is being considered by conspiracy theorists as solid proof of the existence of a parallel universe where Germany triumph in the upcoming World War III.

The Leper Colony Coins of Colombia

These curious coins were used in the Panama Canal Zone leper colony in Palo Seco, between 1919 and 1952. The victims of leprosy were forced to live in isolated colonies that surrounded hospitals for contagious disease.

The Leper Colony Coins of Colombia were designed between 1900 and 1930 as a response to the infectious disease that causes severe, disfiguring skin sores and nerve damage in the arms, legs, and skin areas, from which many people suffered at the time.

If you’re interested in collecting some unusual coins then why not visit the Pobjoy shop and view our coin collections from around the world and throughout history?