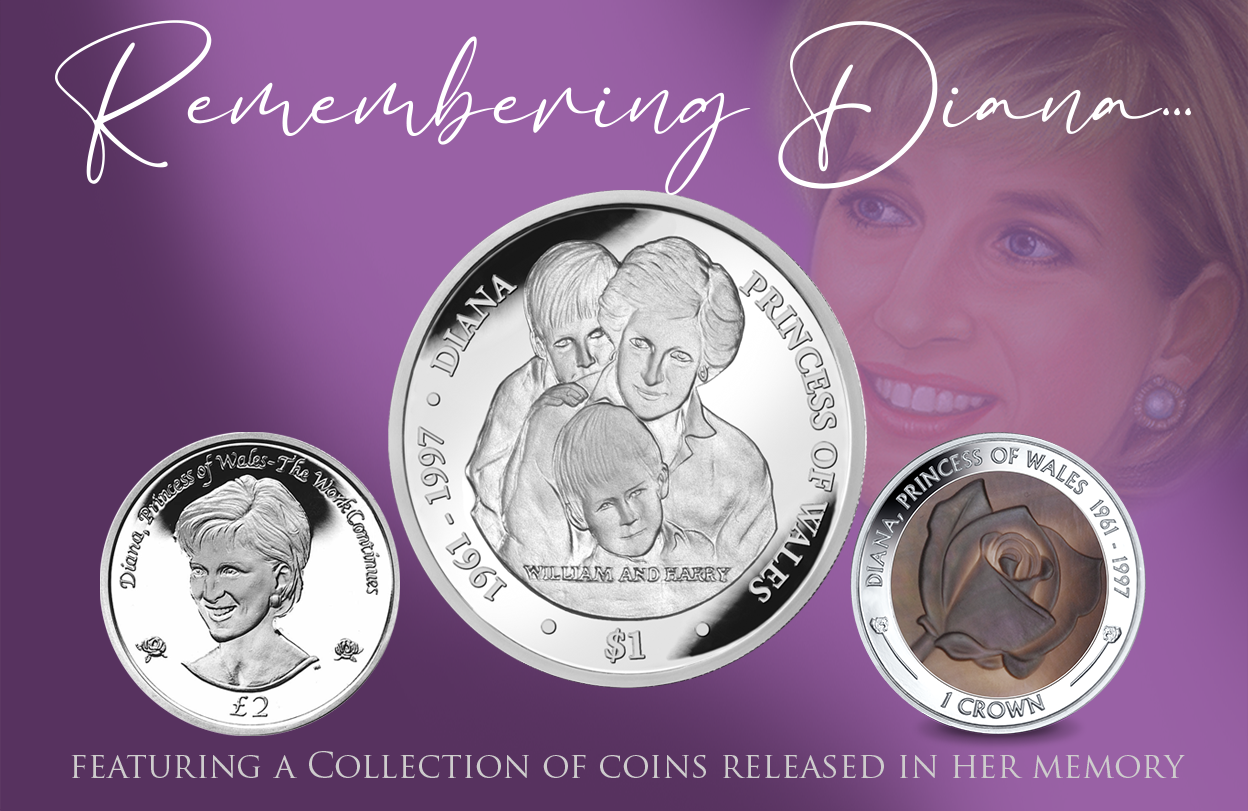 To remember Diana, Princess of Wales, on the 25th Anniversary of her death, Pobjoy Mint was honoured to announce the release of a new coin on behalf of the Bank of Sierra Leone, in memory of a life, which was so tragically cut short in a fatal car accident on 31st August 1997.

Diana was born into the British nobility and grew up close to the royal family on their Sandringham estate. In 1981, while working as a nursery teacher's assistant, she became engaged to Prince Charles, the eldest son of HM Queen Elizabeth II. Their wedding took place at St Paul's Cathedral in 1981, making Diana Princess of Wales, a role in which she was enthusiastically received by the public. Charles and Diana had two sons, Prince William, of whom was second in line to the British throne and Prince Harry, who was third.

As Princess of Wales, Diana undertook royal duties on behalf of the Queen and represented her at functions across the Commonwealth realms. She was celebrated in the media for her unconventional approach to charity work. The Princess was initially noted for her shyness, but her charisma and friendliness endeared her to the public and helped her reputation survive the acrimonious collapse of her marriage. Considered to be very photogenic, she was a leader of fashion in the 1980s and 1990s. Diana's tragic death in Paris led to extensive public mourning and global media attention. Her legacy has had a deep impact on the royal family and British society.

The love and devotion the Princes shared for their Mother shines through in this delightful new collector's coin which depicts Diana, arms wrapped around Harry in a warm embrace, with William cuddling up to her right shoulder.

Take a look below at some of the available coins that we have released in The Princess of Wales's memory.

5th Anniversary of the Death of Princess Diana - 2002 Unc. Cupro Nickel £2 Coin on behalf of South Georgia and the South Sandwich Islands

10th Anniversary of the Death of Princess Diana - 2007 Unc. Cupro Nickel Coin on behalf of the Falkland Islands

20th Anniversary of the Death of Princess Diana: Rose - 2017 Virenium® coin in Pack on behalf of Ascension Island

Remembering the People's Princess, Diana Princess of Wales - 2022 Unc. Cupro Nickel $1 Coin on behalf of the Bank of Sierra Leone

Remembering the People's Princess, Diana Princess of Wales - 2022 Proof Sterling Silver $10 Coin on behalf of the Bank of Sierra Leone