The 5th Anniversary of our Flagship Bullion Coin 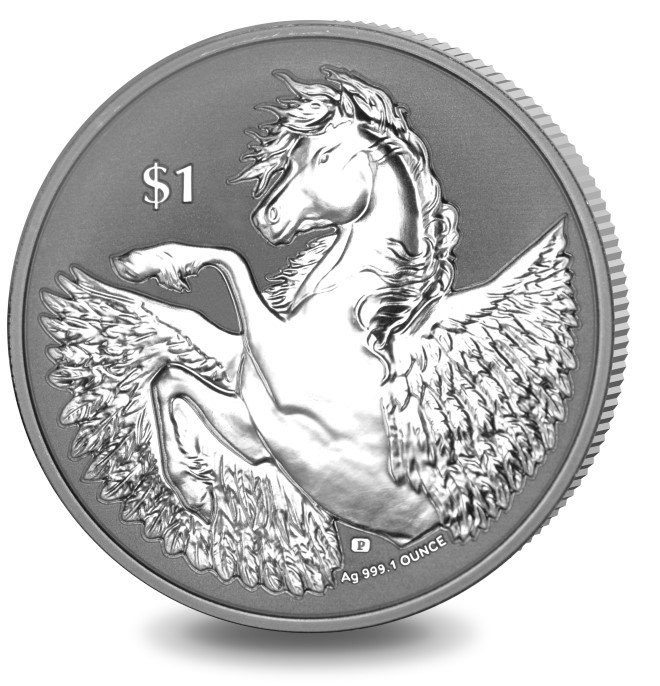 2022 marks the 5th Anniversary of our Flagship bullion coin featuring the iconic Pegasus!

Pegasus is one of the most recognised creatures in Greek mythology. This winged horse is usually depicted as white in colour and was always considered a good-hearted and gentle animal. The story of Pegasus begins when Perseus is sent to kill one of the three Gorgons – Medusa who had writhing snakes instead of hair. When Perseus beheaded Medusa it is said that Pegasus was born from the blood of the Gorgon.

After Pegasus had helped Perseus rescue Andromeda, he was carried to Mount Helicon where he was entrusted to the care of the Muses. Many wanted to capture Pegasus but no one could work out how to tame such a magnificent creature.

Throughout his life, Pegasus remained a mysterious creature that symbolised divine inspiration or the journey to heaven. As a reward for his service and loyalty, Zeus honoured him with special immortality, turning him into a constellation on the last day of his life.

Horses have often featured on British Virgin Island coins over the years making Pegasus an obvious choice to feature on their flagship coin.

Take a look at our stunning 2022 Bullion coin that features Pegasus here!