The Story of Boaty McBoatface 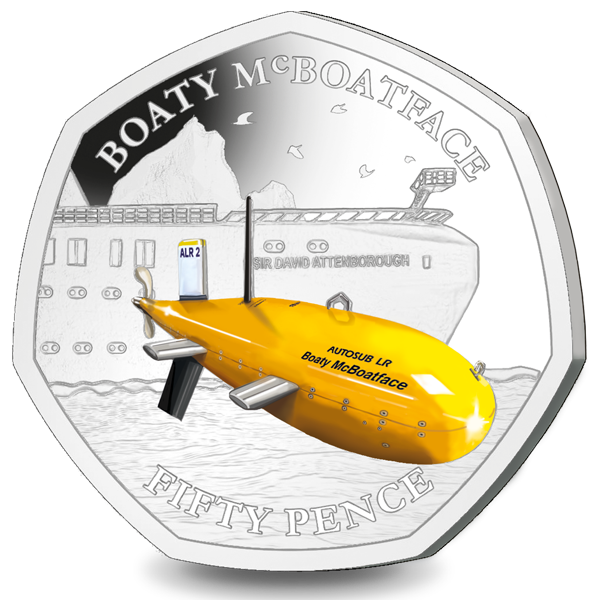 Who is Boaty McBoatface?

In 2016, the Natural Environment Research Council (NERC) launched a public campaign to find a name for the United Kingdom's new polar research ship. The nation's imagination was well and truly captured with the playful suggestion of Boaty McBoatface, from a former BBC Radio presenter. The name quickly became well-loved with the name receiving a staggering 124,109 votes more than the suggested name in second place.

Although Boaty McBoatface was the most popular suggestion in the #NameOurShip poll, the suggestion was deemed unfit for the state of the art research ship; however, the popularity of the name could not be ignored. Today, the National Oceanography Centre's Autosub Long Range Autonomous Vehicle proudly carries the name, with the new research polar ship officially named RRS Sir David Attenborough.

Launched from the decks of RRS Sir David Attenborough, Boaty will travel thousands of kilometres beneath the polar oceans, helping oceanographers investigate melting ice and other changes in both Antarctica and the Arctic.

To mark this very special occasion, Pobjoy Mint is delighted to announce the release of a brand new 50p coin to celebrate Boaty McBoatface. We are especially proud to announce that a special Silver version will be presented to the iconic English Broadcaster and natural historian Sir David Attenborough.

The design on our 2019 coin, the official 2nd issue of Boaty McBoatface, pictures Boaty being lowered down into the sea from research ship RRS Sir David Attenborough, which has the name inscribed on the side of the vessel. The background shows an iceberg and the Antarctic landscape.