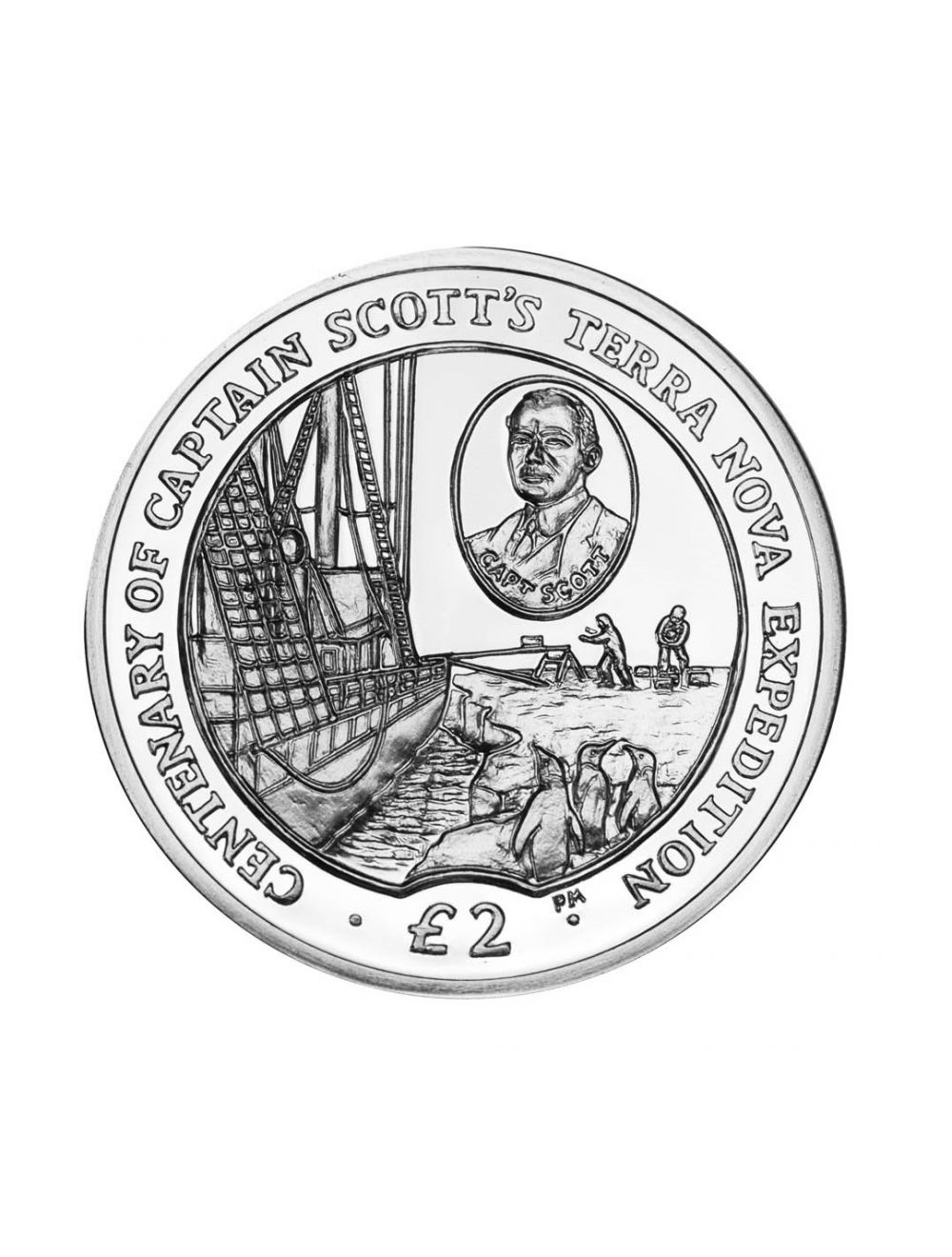 The third commemorative coin to be released by the British Antarctic Territory remembers the spirit of exploration and the dedication to discovery demonstrated by the early explorers of the 20th century which left a legacy of scientific excellence, which the UK continues to this day.

Famous explorer Robert Falcon Scott’s name is synonymous with the Polar Regions and he first reached Antarctica in early 1902. His Antarctic expedition was considered a great success and Scott was promoted on returning to Britain.

Scott did not deviate from his scientific work, even after he learnt of Roald Amundsen’s counter attempt to reach the South Pole first – a testament to his focus and commitment.

The pioneering scientific work of Captain Scott and his men during their ill-fated expedition still inspires British scientists to deliver world-class scientific work in Antarctica.

The UK has a 100 year record of direct observations of Antarctica, which has paved the way for globally significant discoveries about the ozone hole, climate change and ocean currents, to name but a few.  This scientific excellence has directly contributed to the UK’s leading role in Antarctic affairs throughout the last 100 years, and clearly underlined the UK’s long-standing interest and contribution to the protection of Antarctica.

The hardships and adversity faced by the early explorers has fostered an enduring spirit of international cooperation and collaboration that lives on. The agreement of the Antarctic Treaty in 1959, borne itself from international scientific co-operation, has stood the test of time in sustaining Antarctica as the only continent in the world never to have seen conflict.

We have much to thank Captain Scott and his fellow scientists and explorers for. Their courage, determination and spirit, remains an inspiration to us all and this moving new coin features an image of his ship the Terra Nova, with explorers working and penguins in the foreground. A cameo of Captain Scott appears above.

The obverse of the coin bears a fine effigy of Her Majesty Queen Elizabeth II, designed by Ian Rank-Broadley FRBS FSNAD.

Available in Unc. Cupro Nickel, Proof Sterling Silver and both 1/64oz and 1/25oz Proof Fine 999.9 Gold, each precious metal coin has been carefully struck four times to produce a glorious mirror-finish background with the design sculpted in striking relief.