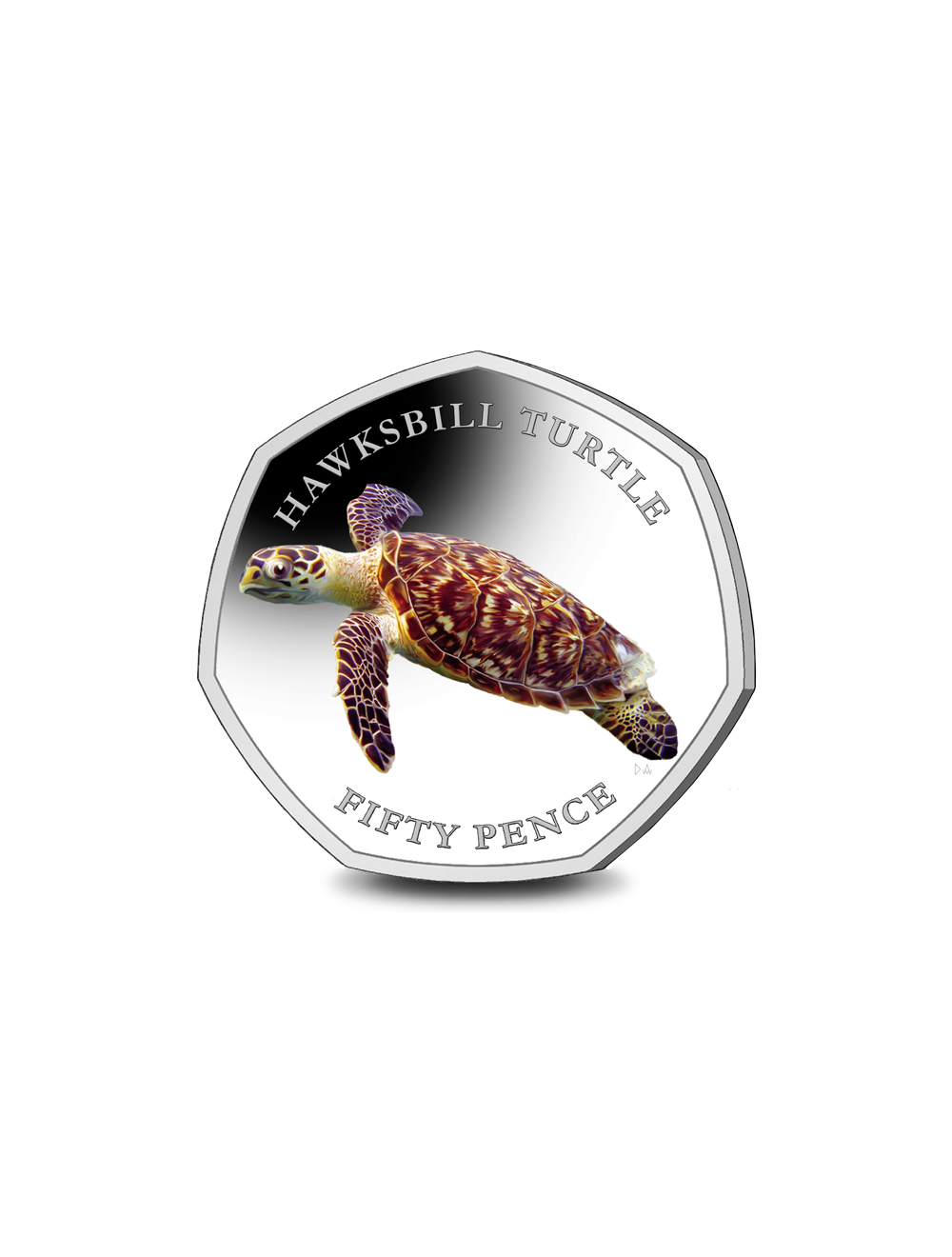 The Hawksbill Sea Turtle gets its name from its narrow, elongated head that tapers sharply to a v-shaped lower jaw. It is one of the smallest species of marine turtles, measuring 75-90cm in length and weighing around 70kg, with Indian Ocean Turtles tending to be smaller than those living in the Pacific and the Atlantic oceans. Diego Garcia in the British Indian Ocean Territory plays host to 1,000 nesting females each year, helping to try and protect this critically endangered species.

The design on the coin features a sleepy-looking Hawksbill Turtle swimming in the ocean. The obverse of the coin features the Pobjoy Mint exclusive effigy of Her Majesty Queen Elizabeth II. The coin is available in Cupro Nickel Diamond Finish with the Hawksbill Turtle portrayed in coloured. A special colour album, which is sold separately, has been designed to house all five coins.

Sea Turtles have existed for 120 million years. They have a soft bony shell, flipper-like limbs and spend an incredible 99% of their lives in the ocean.

Hawksbill turtles are generalist predators that forage on reefs for their favourite food, sponges, as well as a variety of other invertebrates that they find. Some of the sponges and small animals that the hawksbill turtles consume are toxic. Fortunately, their body fat can absorb the toxins without making the turtle ill, but their meat is potentially poisonous to humans. Unlike other sea turtle species, which may cross entire ocean basins several times throughout their lifetime, hawksbill turtles may have home reefs (and even favourite hiding places on the reef) where they spend much of their adult lives.