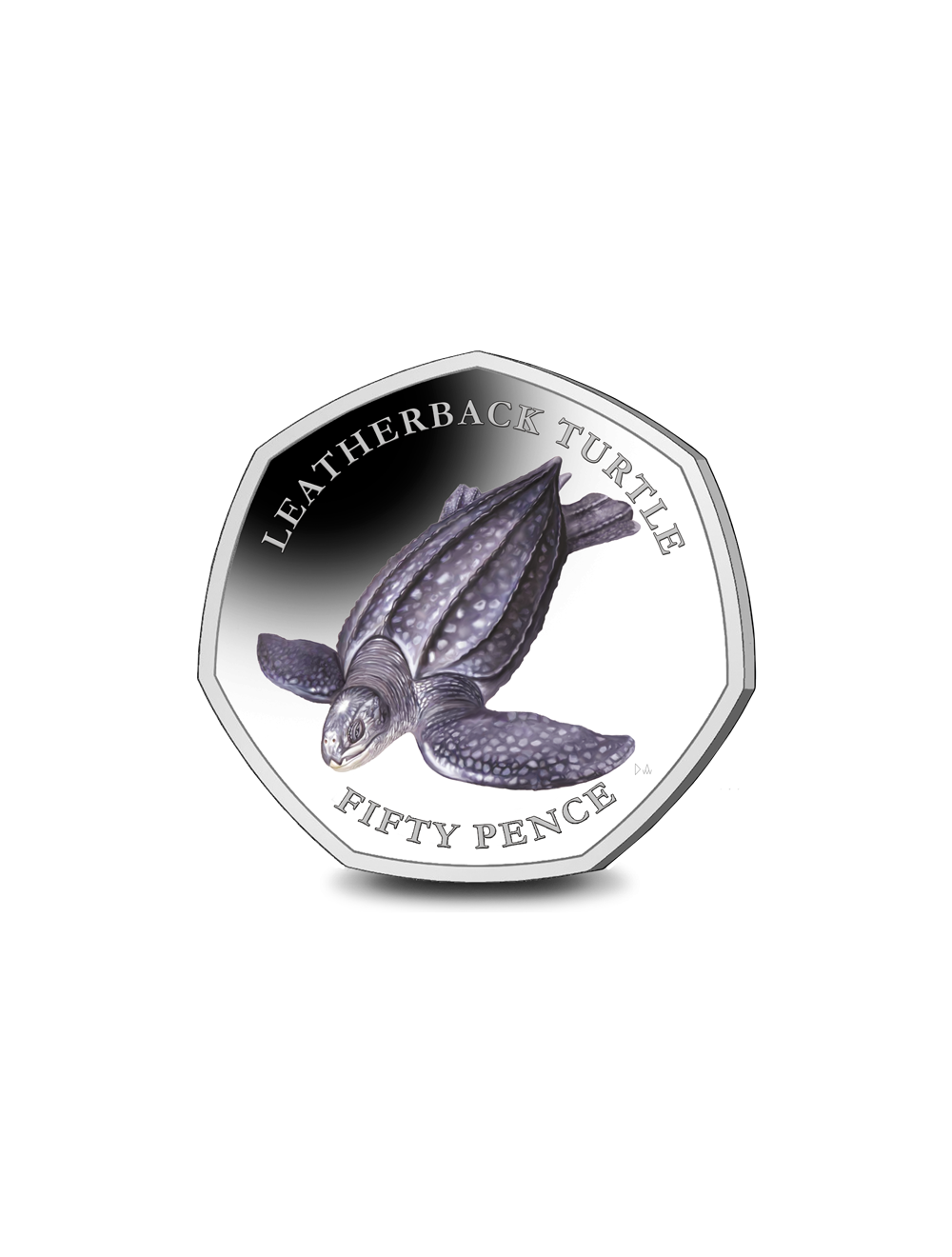 Pobjoy Mint is delighted to announce the release of the third Turtle in the new 50p series on behalf of the British Indian Ocean Territory, featuring the Leatherback Turtle.

The Leatherback Sea Turtle is the largest of the sea turtles species. The Leatherback owes its name to the characteristics of its outer shell as it lacks a boney shell, making it easy to differentiate this turtle from other sea turtles. Instead, their shells are made of a tough rubbery leathery skin.

The design on the coin itself features the Leatherback Turtle posed in a diving position swimming in the ocean. The obverse of the coin features the Pobjoy Mint exclusive Effigy of Her Majesty Queen Elizabeth II.

The coin is available in Cupro Nickel Diamond Finish with the Leatherback Turtle portrayed in colour. A special colour album, which is sold separately, has been designed to house all five coins.

Despite the Leatherback Turtle being vulnerable to extinction, its numbers can be considered significantly better than most other sea turtles. The most predominant threats faced by these sea turtles occur on nesting beaches; coastal development has reduced the area where they are able to successfully nest, dogs and other animals often destroy their nests, and people harvest their eggs for food.

Adult leatherback sea turtles are also sometimes harvested as food, often caught accidentally in fishing gear, and can be involved in vessel strikes. Marine debris also poses a significant threat to these turtles, as they may ingest balloons, plastic bags and other plastic debris which they can mistake for their preferred food.