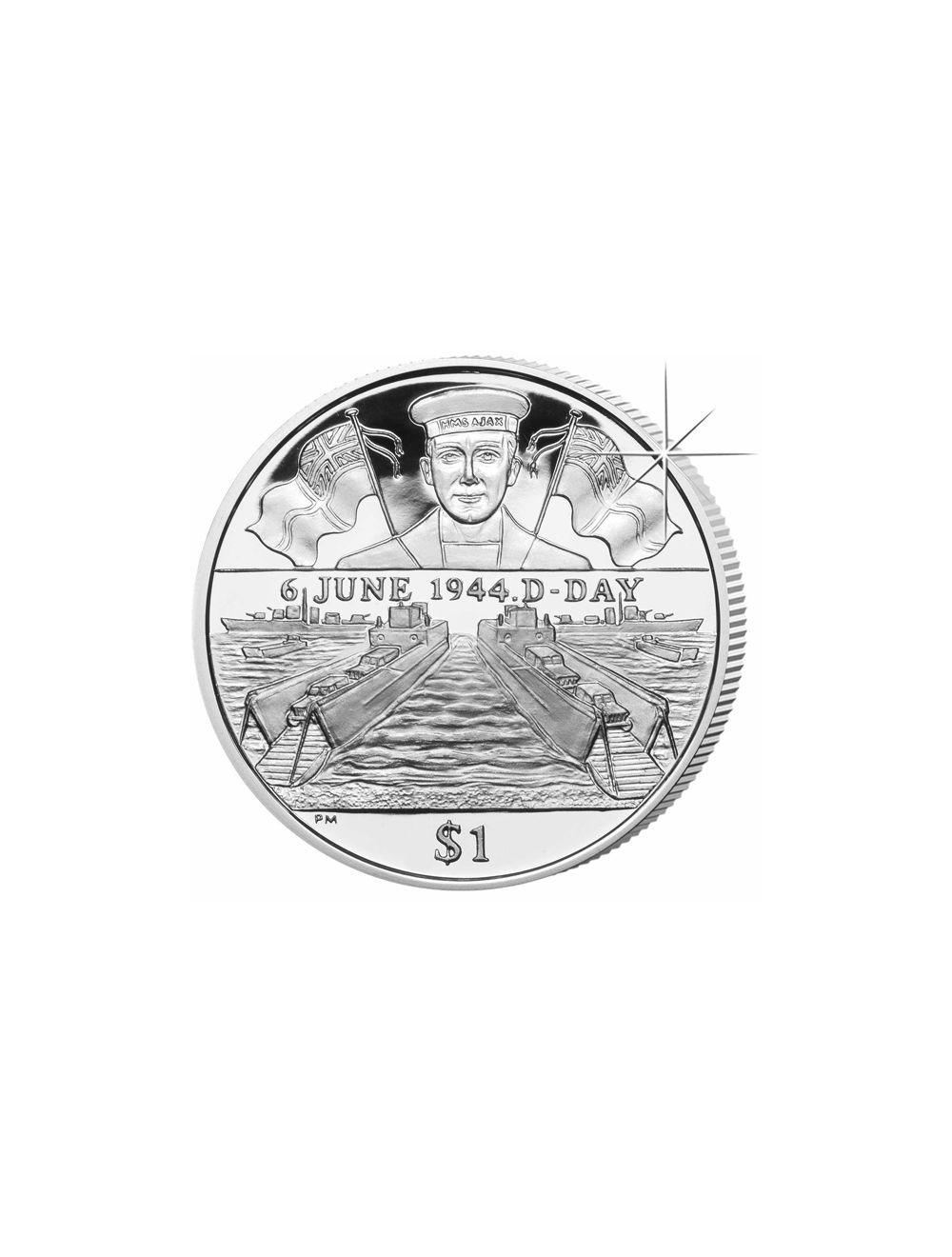 The three superb coins each represent one of the three forces – land, naval and air and show the diversity of the men from all parts of the world who took part in this glorious assault: This coin shows an image of an Occidental Sailor above a tableau of two landing craft carrying some of the assault force.