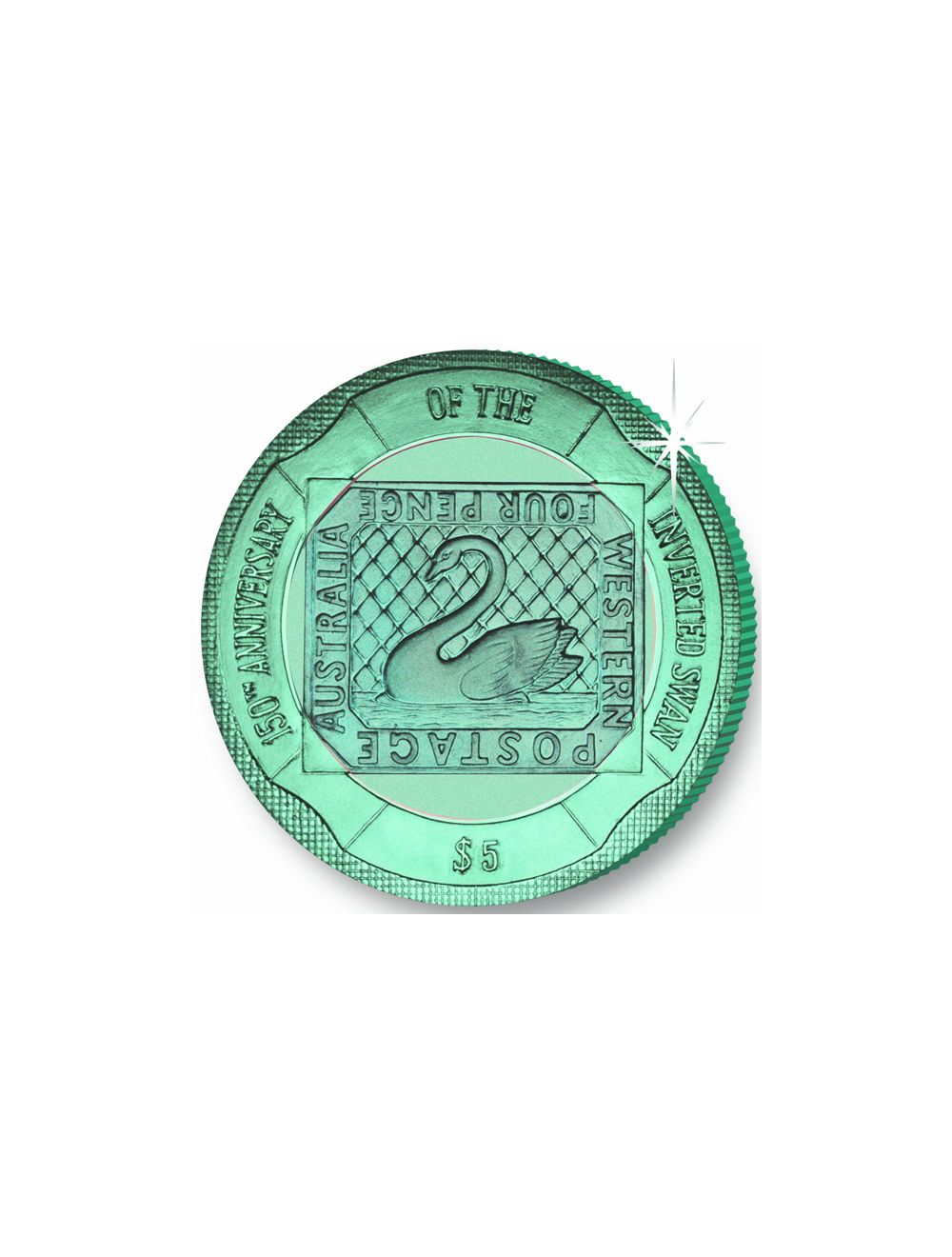 In 1854, Western Australia issued its first stamps, featuring the colony's symbol, the Black Swan. The 1d black was engraved in England by Perkins Bacon and other values, including the 4d blue, were originally produced by Horace Samson in Perth using lithography, and with different frames around the swan design for each value.  In January 1855 additional 4d stamps were needed but when Alfred Hillman brought the stone out of storage, he found that two of the impressions were damaged, and had to redo them. One of the replaced frames was tilted, and the other accidentally redone upside-down. The stone's block of 60 was transferred four times to make the printing stone, and 97 sheets were printed before Hillman discovered the mistake and corrected it, resulting in a total of 388 errors being printed.  The error went unrecognized and unreported for several years and only 15 complete copies have survived with no unused copies known of.

Due to the difficulty of striking titanium, the metal is as strong as steel but 45% lighter, each coin in this series is truly exclusive as no two titanium coins are exactly the same. Each collector's coin also features a lined effect that is present as a result of the unmistakeable qualities of titanium.

One copy was discovered in Ireland in the 1860s, acquired by the Duke of Leinster, and bequeathed to Ireland in 1897. It is on display at a museum in Dublin. Other copies are in the Tapling Collection of the British Museum, and at a museum in Sydney.  In 1980 one copy of this stamp was sold at auction for US$ 80,000.

These unique Turquoise coins are available in two versions: a $5 turquoise Titanium and a $75 Bi-metal of Gold and turquoise Titanium.  The coins have been put through a special process which turns the Titanium turquoise to show the colour of this rare stamp which is re-produced on these coins. Approved by Buckingham Palace the obverse of each coin carries a fine effigy of Her Majesty Queen Elizabeth II by Ian Rank-Broadley FRBS FSNAD.