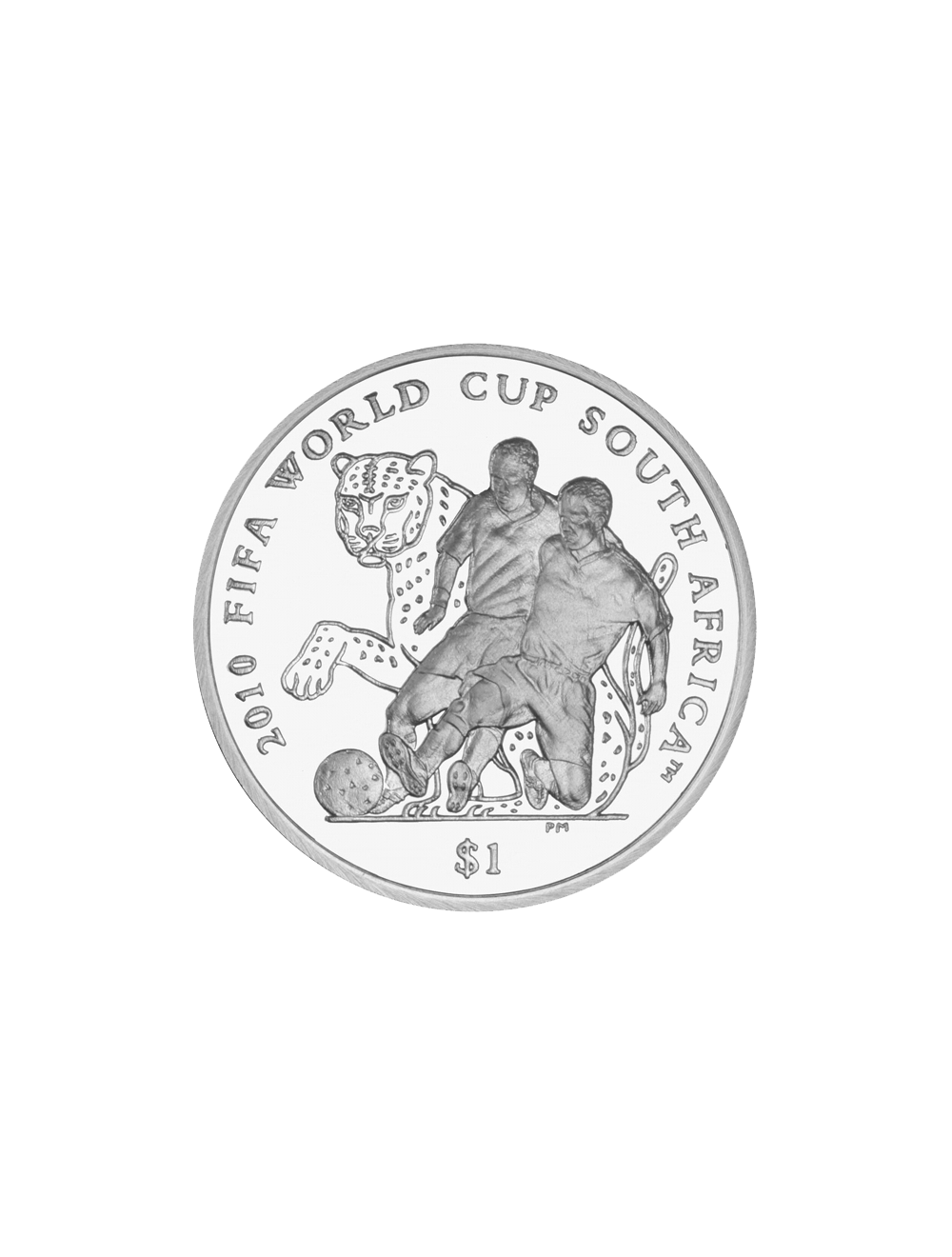 In Honour of the 2010 FIFA World CupTM held in South Africa we are pleased to announce the release of this wonderful coin which depicts a leopard in the background and two football players going in for a ‘tackle’ in the foreground. The leopard is a very rare animal that is found in South Africa and it is also fitting as he is South Africa’s Mascot.

From the 11th June to 11th July 2010 the FIFA World Cup™ took place in South Africa. To celebrate this event, the British Virgin Islands (BVI) has approved the release of a stunning new coin, which has been approved by FIFA and produced in conjunction with MDM, Germany.

The 2010 FIFA World CupTM was the 19th International Tournament for Football. It was the first time that the tournament had been hosted by a nation in the Confederation of African Football. South Africa had 9 hosting cities with 10 different venues, including Soccer City, South Africa’s largest capacity venue (91,000) and Ellis Park Stadium, both in Johannesburg. There are 32 teams set to take part in the final of this competition that will separate the best football team in the world from the others.

This coin features the official South African Mascot for the 2010 FIFA World CupTM, the Zakumi, a leopard with green hair. His Name comes from ‘ZA’ the abbreviation for South Africa and ‘kumi’ a word that means ‘ten’ in a variety of South African languages, this symbolizes the year of the tournament.

The year in which South Africa will host the FIFA World CupTM is also detailed in the design. Approved by FIFA and Buckingham Palace the obverse of each coin carries a fine effigy of Her Majesty Queen Elizabeth II by Ian Rank-Broadley FRBS FSNAD and is available in Cupro Nickel.