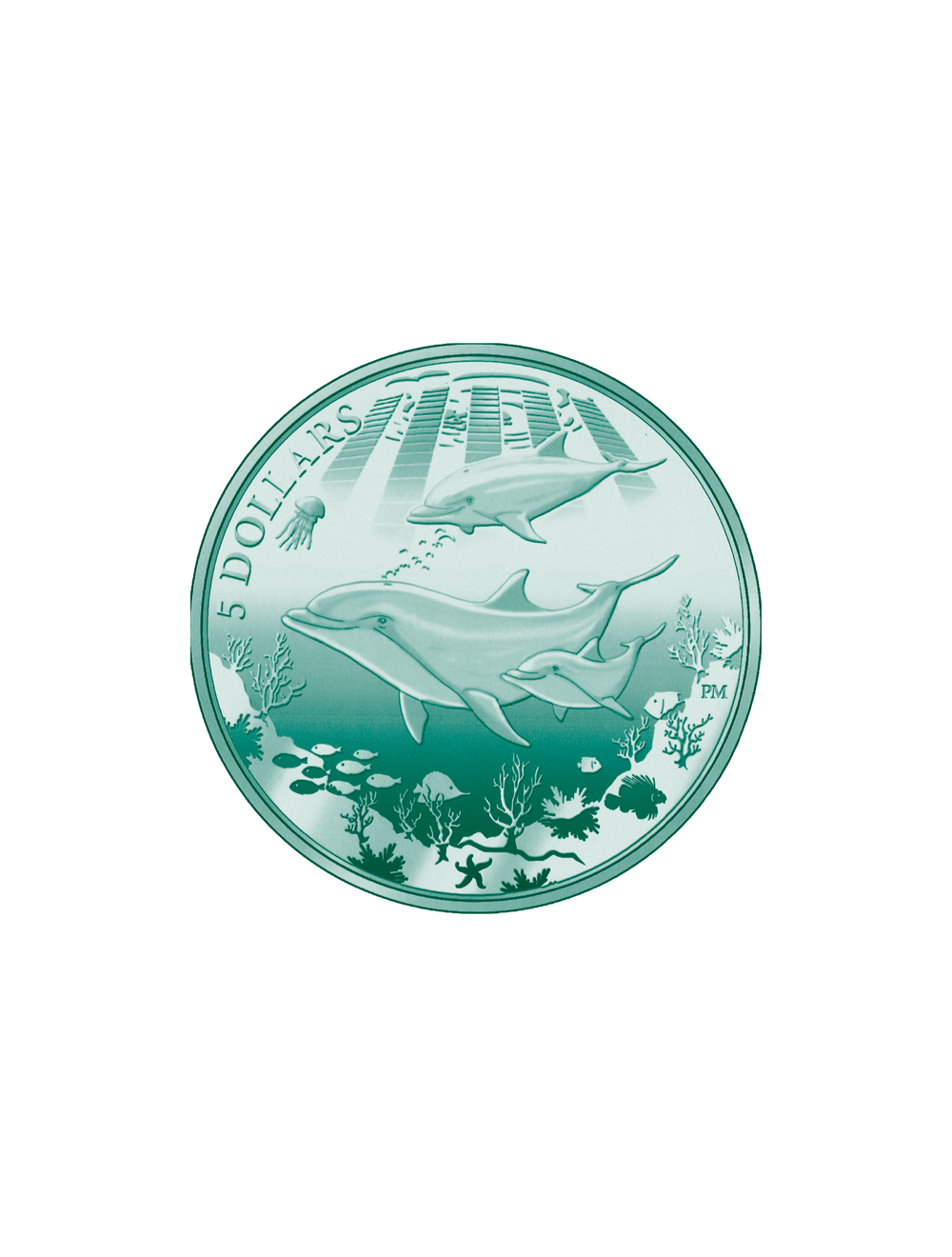 Following the popularity of previous Titanium coins, Pobjoy Mint is pleased to announce the release of a new Titanium coin for 2014 issued on behalf of the British Virgin Islands (BVI). This unique collector’s coin, struck in turquoise titanium, features three beautiful dolphins diving to great depths in the midst of a detailed underwater world.

Well known for their agility and playful behaviour, Dolphins are highly intelligent marine mammals, making them a favourite of wildlife watchers.  Many species will leap out of the water and follow ships, often synchronising their movements with one another.

Due to the difficulty of striking titanium, the metal is as strong as steel but 45% lighter, each coin in this series is truly exclusive as no two titanium coins are exactly the same. Each collector's coin also features a lined effect that is present as a result of the unmistakeable qualities of titanium.  Titanium is renowned for its excellent resistance to seawater and is used in the manufacture of propeller shafts, rigging and other areas of ships that are exposed to seawater, adding another exceptional link to this special coin with its association to the sea and marine life.

Available in Turquoise Titanium, Proof Sterling Silver and Uncirculated Cupro Nickel, the obverse of the coin features an effigy of Her Majesty Queen Elizabeth II by Ian Rank-Broadley FRBS. All coins are produced to the highest quality and the precious metal coins have been struck four times to produce the lustrous Pobjoy proof finish.

Add this beautiful titanium dophin coin to your coin collection along with the unmissable 2014 Turquoise Titanium Dolphin, also issued on behalf of the British Virgin Islands by Pobjoy Mint.