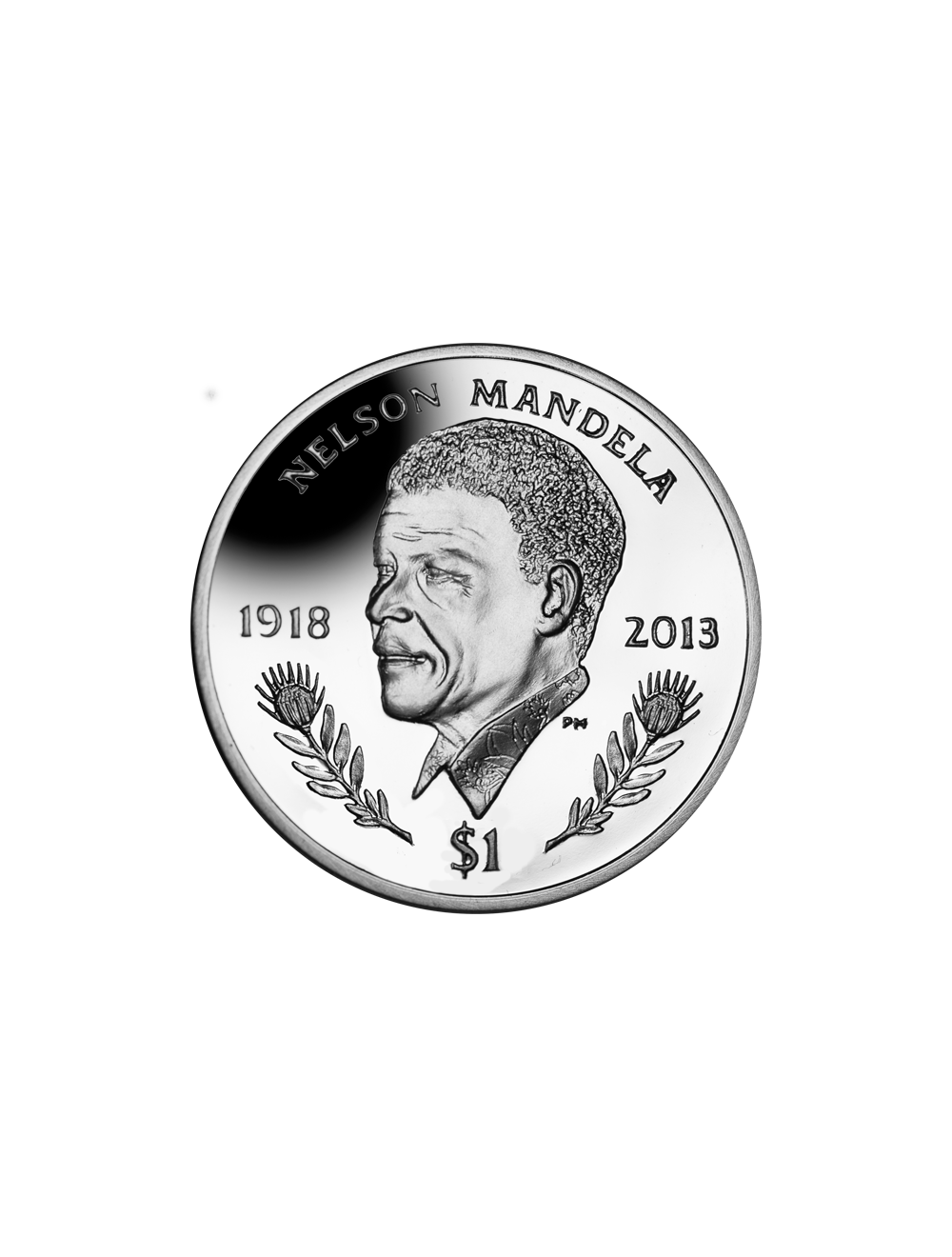 On 5th December 2013, Nelson Mandela passed away at the age of 95.  To commemorate the life of this incredible man, the British Virgin Islands Government has approved the release of a new uncirculated cupro nickel collector's coin from Pobjoy Mint.

Born in South Africa on 18th July 1918 Nelson Rolihlahla Mandela was to become South Africa’s first black President.  A legendary figure of the African National Congress, Mandela was imprisoned from 1964 until 1990 for opposing South Africa’s white minority government and its policy of racial separation, known as apartheid.  Instead of disappearing from view, Mandela became a martyr and worldwide symbol of resistance to racism.  Released from prison in February 1990, he returned to his life’s work and in 1993, Mandela and F W de Klerk, the president who released him, shared the Nobel Peace Prize. He was elected President of South Africa in 1994 and served until 1999 when he retired to enjoy some family life.

Surrounded by his family, Nelson Mandela died on 5th December 2013 in Johannesburg following a prolonged illness.  A national mourning period of ten days was announced by South African President, President Zuma with a major event held at the FNB Stadium in Johannesburg to celebrate the achievements of this legendary figure.  After a period lying in state, a state funeral was held on 15th December 2013 in Qunu which was attended by approximately 90 representatives of foreign states.

This new commemorative coin features a portrait of Nelson Mandela with Proteus flowers, one of the national flowers of South Africa, highlighted the base of the coin.  The obverse of the coin carries an effigy of Her Majesty Queen Elizabeth II by Ian Rank-Broadley FRBS.

Available in Cupro Nickel and Proof Sterling Silver, these magnificent coins are struck to the highest quality with the precious metal versions being produced with a stunning Pobjoy proof finish.  The design on each coin is in relief with a glorious mirror-finish background.