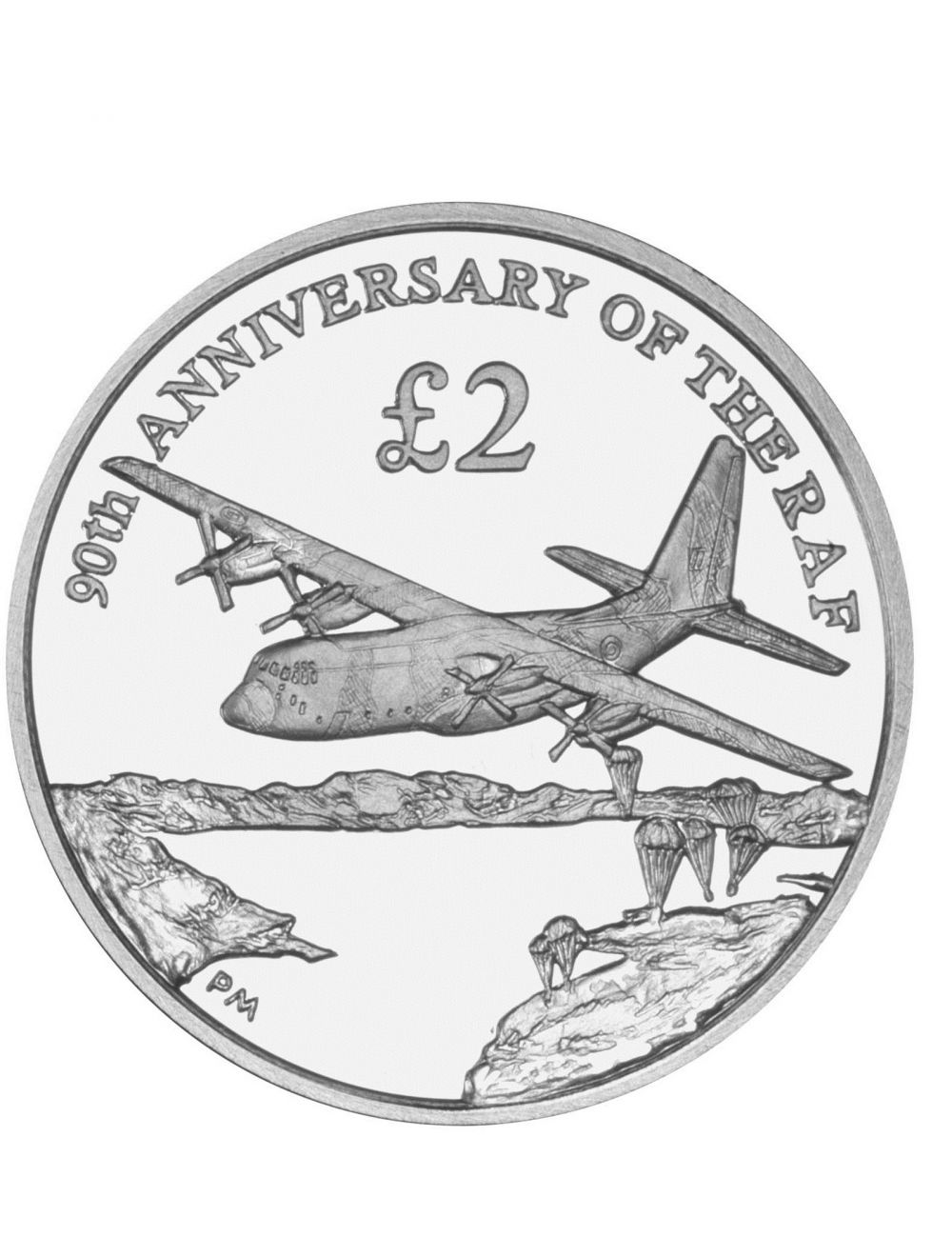 On 1 April 2008, the Royal Air Force celebrated their 90th Anniversary and to celebrate this momentous occasion Pobjoy Mint has struck a special coin on behalf of the Government of South Georgia and the South Sandwich Islands.  The RAF was founded on 1 April 1918, and to this day is a great force whose motto reads ‘Per Ardua ad Astra’ which means ‘Through Adversity to the Stars’.

The RAF’s role, in conjunction with the British Armed Forces, is to defend the UK and its interests, strengthen international peace and stability and be a force for good in the world.  An important element in the RAF’s powerful defence capabilities is its ability to transport and deploy crucial air defence and other operational aircraft over large distances, to stay on patrol and to fly to enemy territory carrying large weapons and a variety of support equipment and personnel.

The design depicts an image of an RAF Hercules flying over an area in South Georgia, dropping supplies and equipment.  The wording ‘90th Anniversary of the RAF’ appears in the surround of the design.  The design has been approved by Buckingham Palace and the obverse of the coin carries a fine effigy of Her Majesty Queen Elizabeth II by Ian Rank-Broadley FRBS FSNAD and is available in Uncirculated Cupro Nickel.

The RAF uses a number of vehicles to achieve this extraordinary responsibility including the RAF Hercules which features in this stunning coin design. The RAF Hercules is a heavy tactical transport aircraft which is used by the RAF’s Air Transport fleet.   The aircraft are used primarily to carry troops, passengers or freight and are capable of carrying up to 128 passengers, or 20 tonnes of freight or vehicles, over a great distance. The freight bay can accommodate a range of wheeled or tracked vehicles, or up to seven pallets of general freight.  The other main role of the Hercules is the airborne delivery of personnel or stores by airdrop by day or by night.