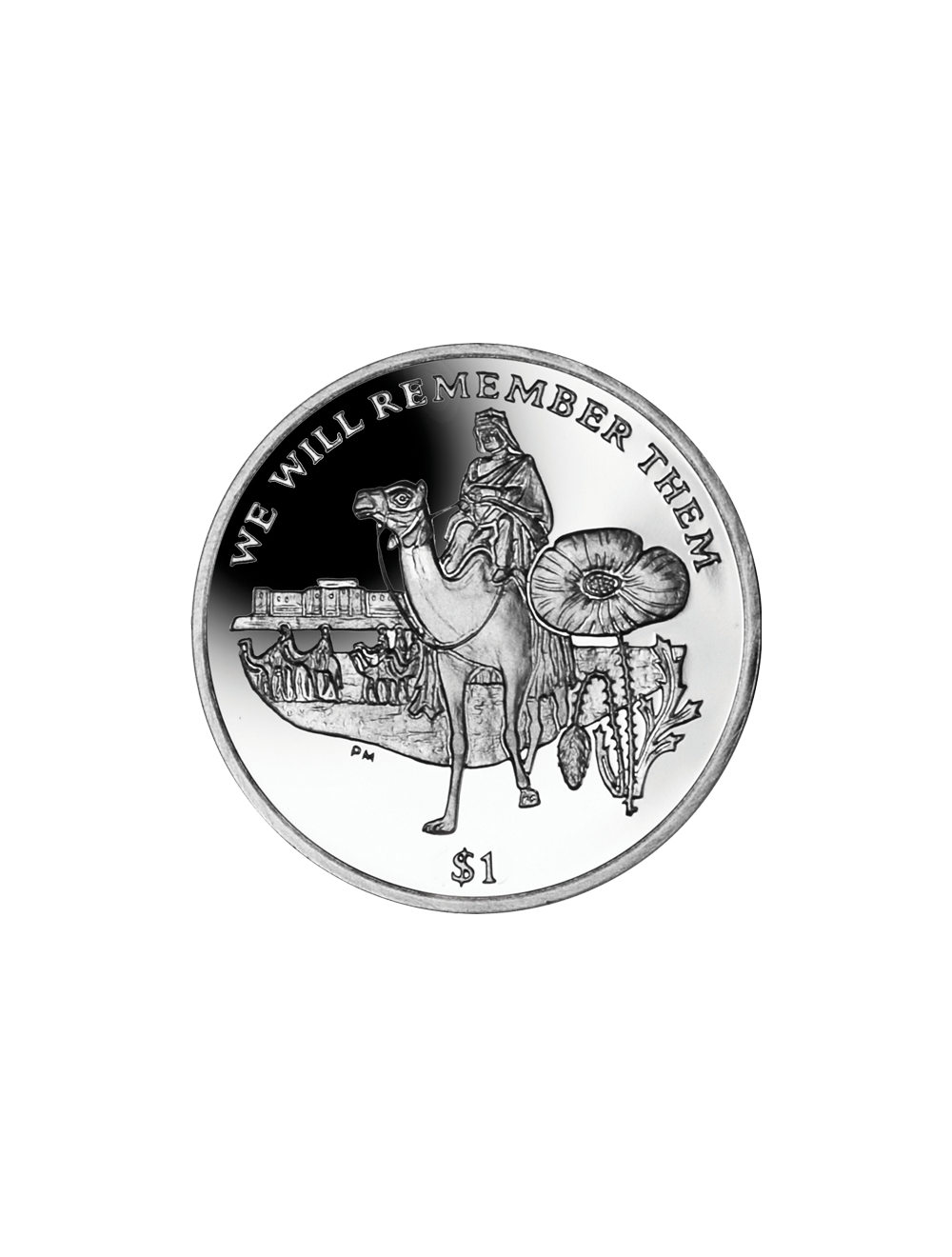 This beautiful WW1 commemorative coin, in Uncirculated Cupro Nickel, includes the depiction of Lawrence of Arabia on a camel against a background of Aqaba.

Other coins available individually or as part of an incredible World War I Centenary series feature the Edith Cavell Memorial in Norwich, England with a nurse in the foreground.  Edith Cavell was the British nurse celebrated for saving the lives of soldiers from both sides without distinction.