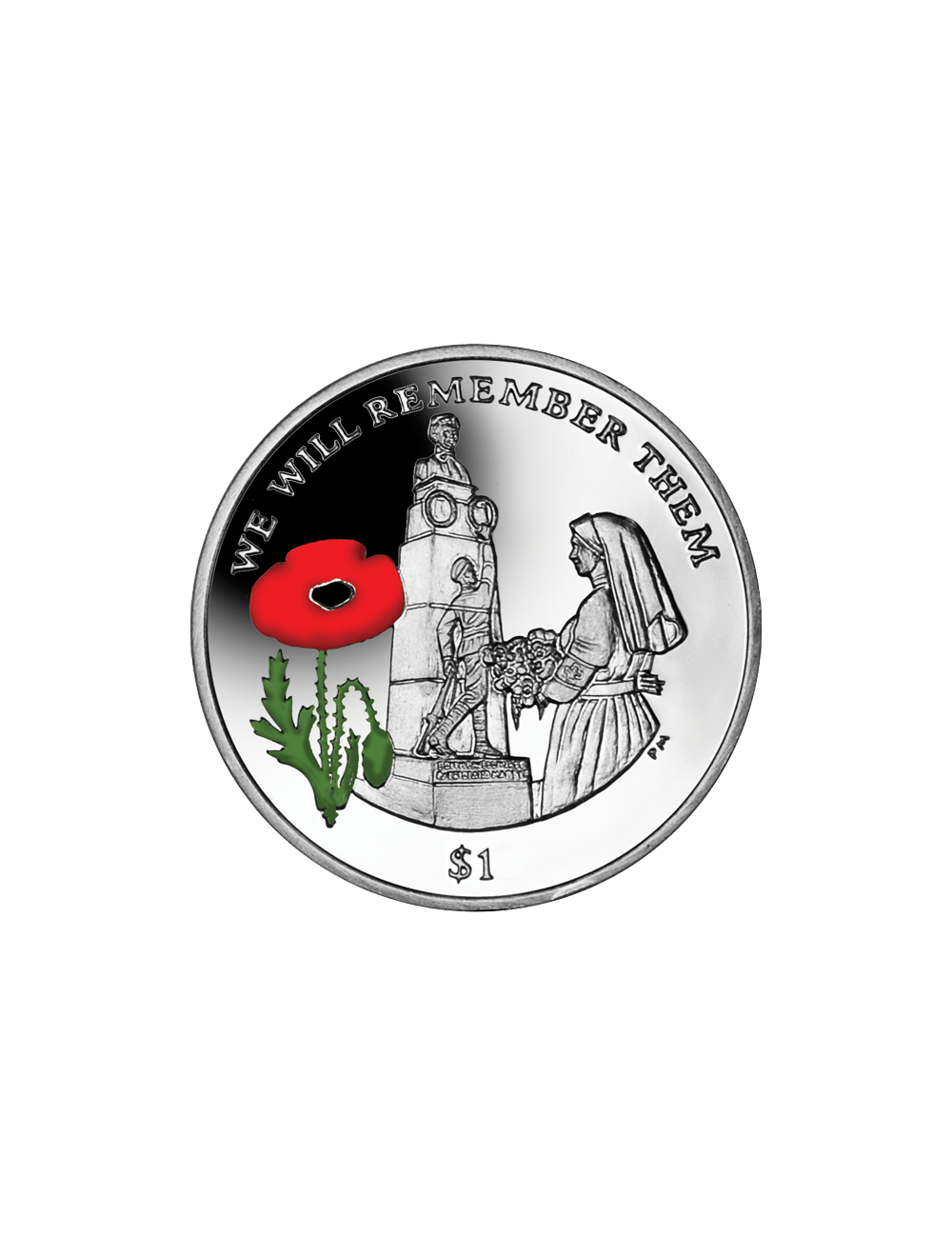 This beautiful WW1 commemorative coin, in coloured Uncirculated Cupro Nickel, features the Edith Cavell Memorial in Norwich, England with a nurse in the foreground.  Edith Cavell was the British nurse celebrated for saving the lives of soldiers from both sides without distinction.