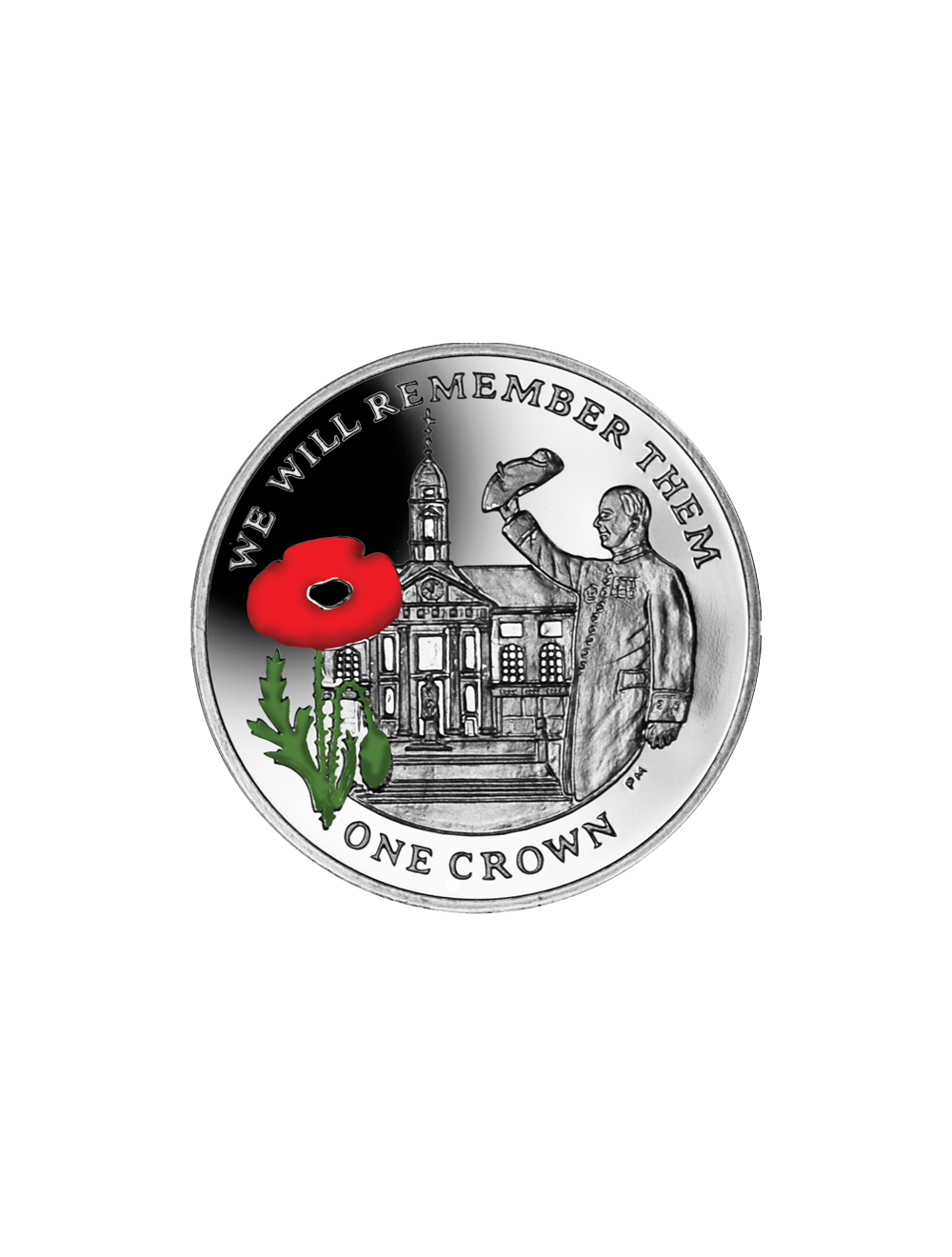 This beautiful WW1 commemorative coin, in coloured Uncirculated Cupro Nickel, depicts the Royal Chelsea Hospital with a Chelsea Pensioner in the foreground.

Other coins, available individually or as part of an incredible World War I Centenary series, features members of the Armed Forces (one in a wheelchair) in front of the Cross of Sacrifice with aircraft overhead.