**LAST POSTING DATES BEFORE CHRISTMAS** 1st December - Australia, Asia, Africa, Middle East and New Zealand. 6th December - Eastern Europe (Inc Italy, Malta, Cyprus and Sweden). 10th December - Western Europe. 19th December - UK only. Although these are our final dispatch dates, we cannot guarantee any parcels will arrive before Christmas day. Remember that you can continue to order throughout December but any orders received after these dates will not be dispatched until the new year!
Skip to the end of the images gallery
Low stock 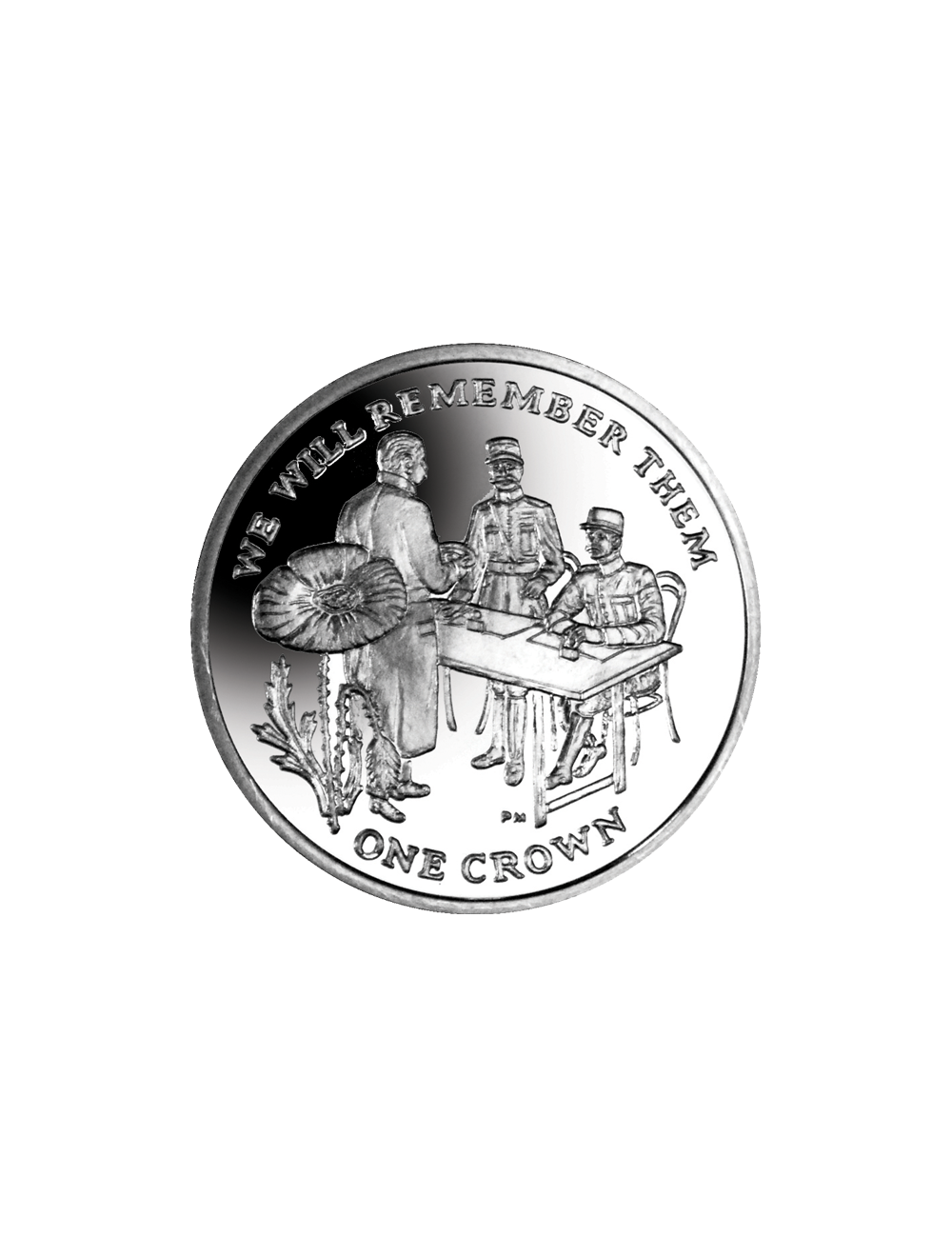 Featured here, this beautiful WW1 commemorative coin, in Uncirculated Cupro Nickel, depicts the Allies of World War I and Germany signing the Armistice for the cessation of hostilities on the Western Front at Compiègne, France.