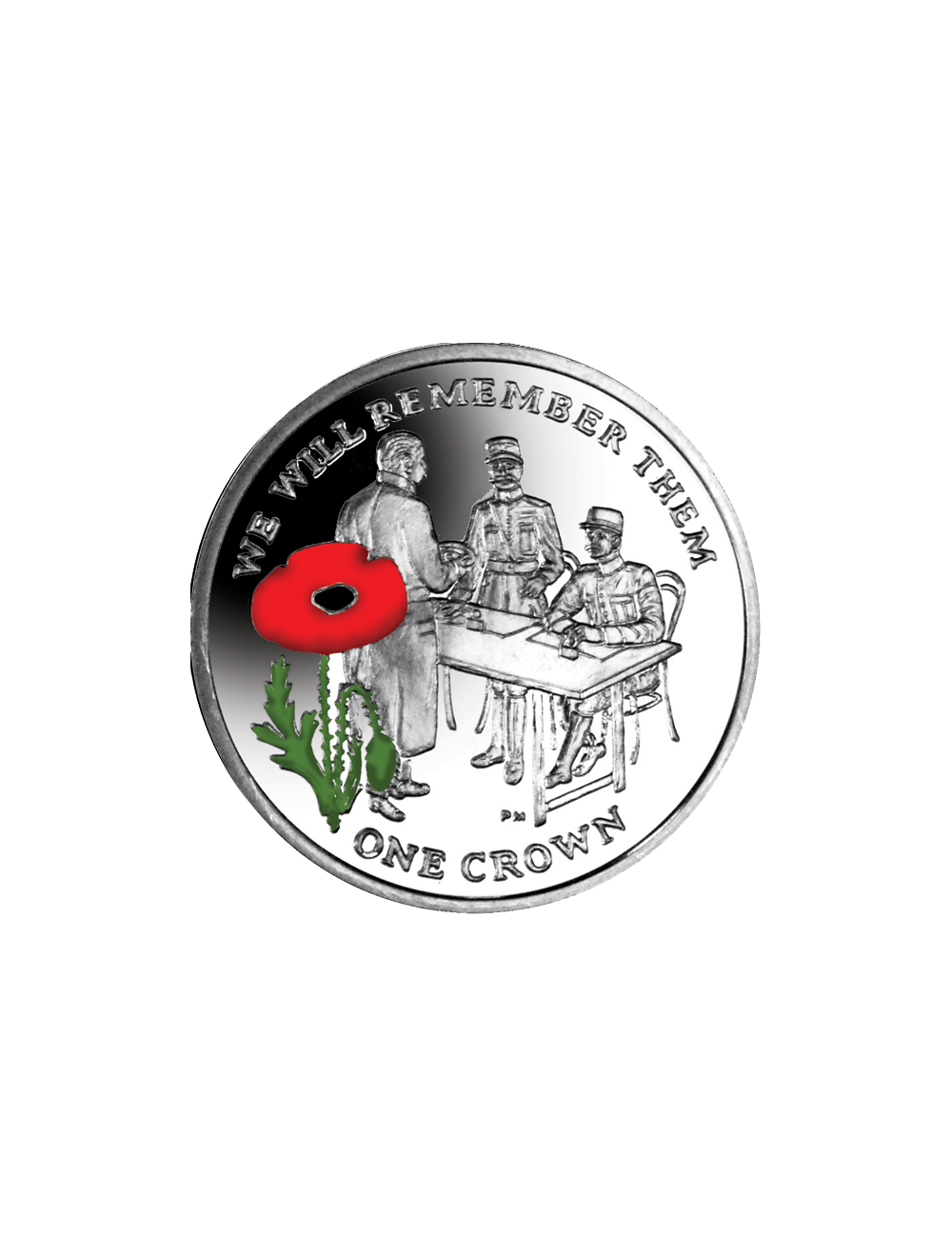 Featured here, this beautiful WW1 commemorative coin, in coloured Uncirculated Cupro Nickel, depicts the Allies of World War I and Germany signing the Armistice for the cessation of hostilities on the Western Front at Compiègne, France.