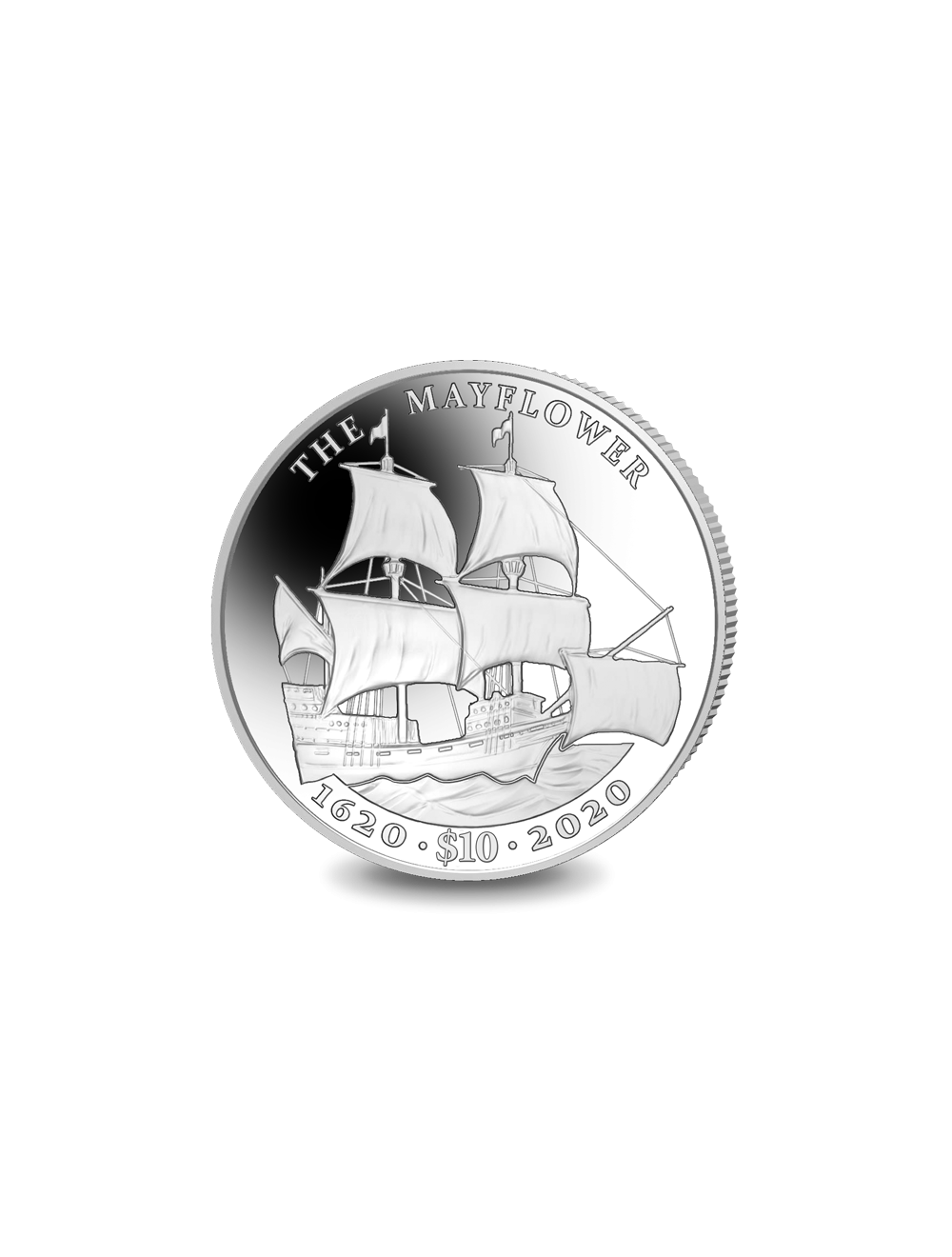 Availability: In stock
SKU
L6726000
$74.95
Add to Wish List Add to Compare
Pobjoy Mint is delighted to announce the new release $10 Proof Sterling Silver Crown coin. These coins celebrate the 400th Anniversary of the Pilgrim Voyage on the Mayflower. On September 16, 1620, the Mayflower set sail from Plymouth, UK, to voyage to America, known at the time to the English as the New World. Its 102 passengers and 30 crew aboard the Mayflower were in search of a new life, and would go on to be known as the Pilgrims and influence the future of the United States of America in ways they could have never imagined. The Mayflower Ship was a square-rigged ship with a beak head bow and high structures fore and aft which protected the crew and the main deck from the elements. Her stern carried a 30-foot high, square aft-castle which made the ship extremely difficult to sail against the wind. As a result, the Mayflower’s voyage from England to America took more than two months to complete. The design of the coin features the Mayflower Ship with the words “The Mayflower” inscribed at the top and “1620 – 2020” inscribed at the bottom. The obverse of the coin features the Pobjoy exclusive effigy of Her Majesty Queen Elizabeth II.
More Information
Coin Specification
Delivery info