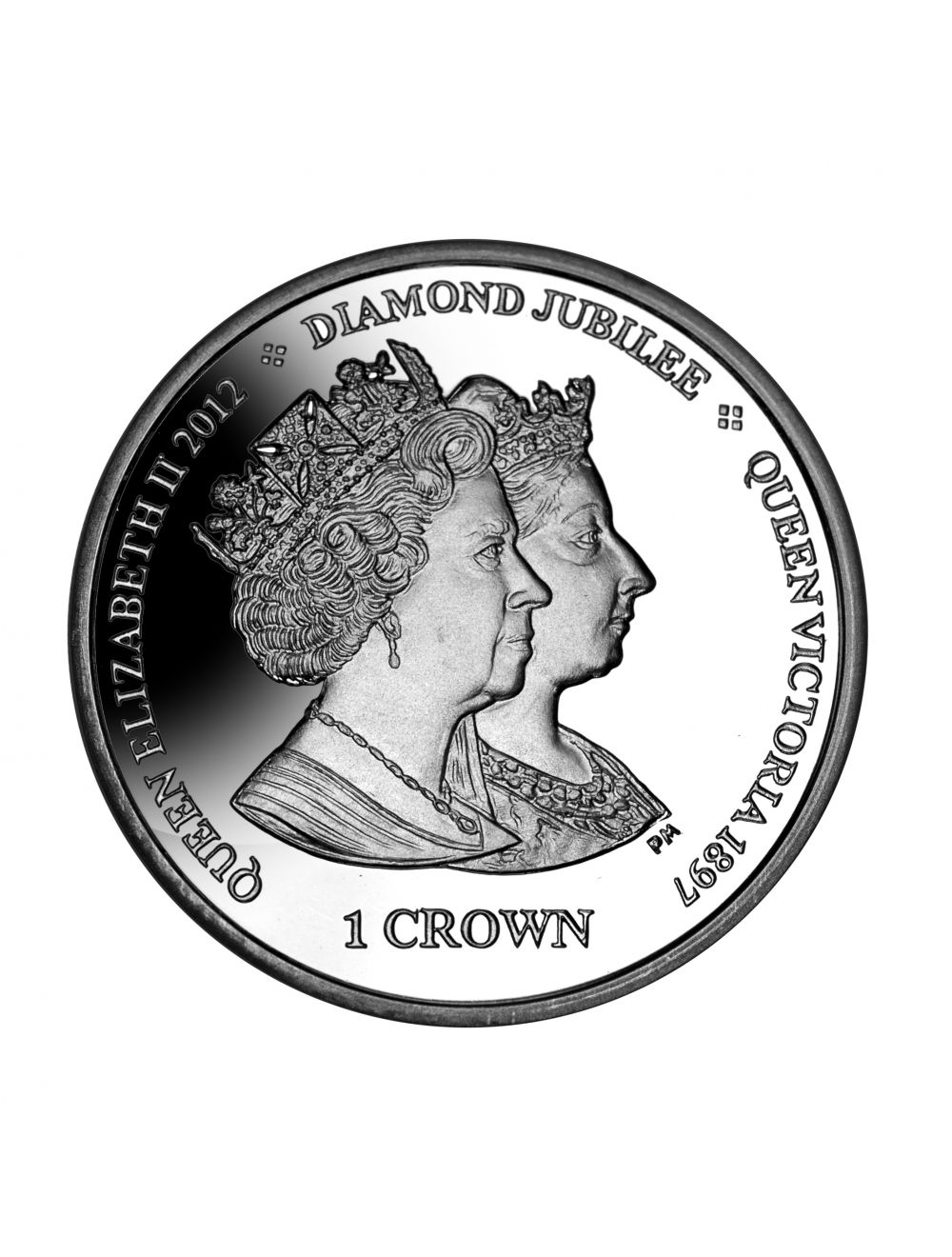 An incredible year for Royal History, 2013 celebrated not only the Diamond Jubilee of the Coronation of Her Majesty Queen Elizabeth II in 1953, but also the 175th Anniversary of the Coronation of her great-great-grandmother Queen Victoria in 1838. To mark this incredible year, Pobjoy Mint has released a stunning new Uncirculated Cupro Nickel commemorative coin on behalf of the Isle of Man.

This beautiful IOM collector’s coin commemorates both incredible rulers with a unique double portrait, an unusual occurrence on any coin, making this even more special. The obverse features a stunning double effigy of Queen Elizabeth II as the newly-crowned Queen and as the mature monarch 60 years later.

Available as a Proof Sterling Silver crown or as an Uncirculated Cupro Nickel crown, all these coins have been finished to an exceptionally high standard as befits a Pobjoy Mint coin. In addition, the precious metals have been struck four times to create the famous Pobjoy Proof finish.

The Anniversary of the Coronation of Two Monarchs – A Unique Celebration

On 20th June 1837, following the death of King William IV, his niece, Princess Victoria, became Queen at the age of 18. Her coronation, at Westminster Abbey, was held a year later on the 18th June 1838. Over 400,000 people flocked to the capital to witness and celebrate this momentous occasion.

One hundred and fifteen years later saw the Coronation of Queen Elizabeth II on 2nd June 1953. The 39th Sovereign and 6th Queen to be crowned at Westminster Abbey, Queen Elizabeth II’s coronation was the first service to be televised to an estimated audience of 27m watching this special occasion.

These coins celebrate an incredible piece of history with this unique double Coronation anniversary and double image of both great Queens – a must for every collection.