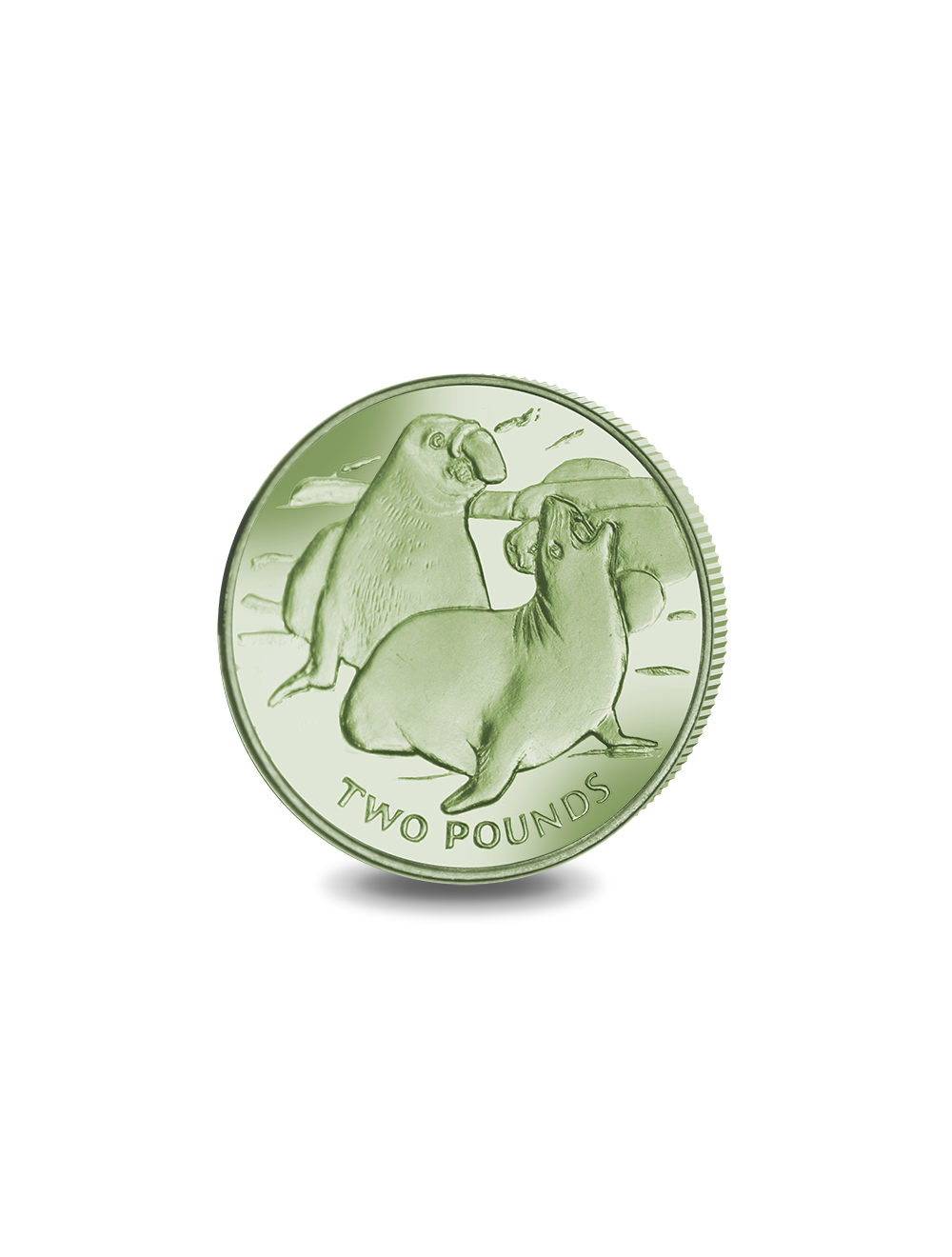 Our newest addition to the Titanium coin range comes in a spectacular Green Titanium coin issued on behalf of the South Georgia and Sandwich Islands Government and features the Elephant Seal.

The Southern Elephant Seal (Mirounga leonina) is one of the two extant species of elephant seals. It is both the largest pinniped and member of the order Carnivora living today, as well as the largest Antarctic seal. The seal gets its name from its great size and the large proboscis of the adult males, which is used to make extraordinarily loud roaring noises, especially during the mating season.

Instantly recognisable by the large, inflatable proboscis, the male southern elephant seal is the biggest seal in its family. They are able to propel themselves quickly (as fast as 8 km/h (5.0 mph)) in this way for short-distance travel, to return to water, to catch up with a female, or to chase an intruder.

This New 2017 coin depicts a male and female Elephant Seal while sitting on a beach, which is one of the most popular places to find any elephant seals in the South Georgia and South Sandwich Islands.

The largest subpopulation is in the South Atlantic, with more than 400,000 individuals, including about 113,000 breeding females on South Georgia; the other breeding colonies of the Atlantic subpopulation are located on the Falkland Islands and Valdes Peninsula in Argentina (the only continental breeding population).

Due to the difficulty of striking Titanium coins and the fact that Titanium reacts differently with every strike, each blue whale coin is technically different from all others. There is also a lined effect that is present on the coins which is unique to this metal. The coin has also been produced in Uncirculated Cupro Nickel and Proof Sterling Silver.