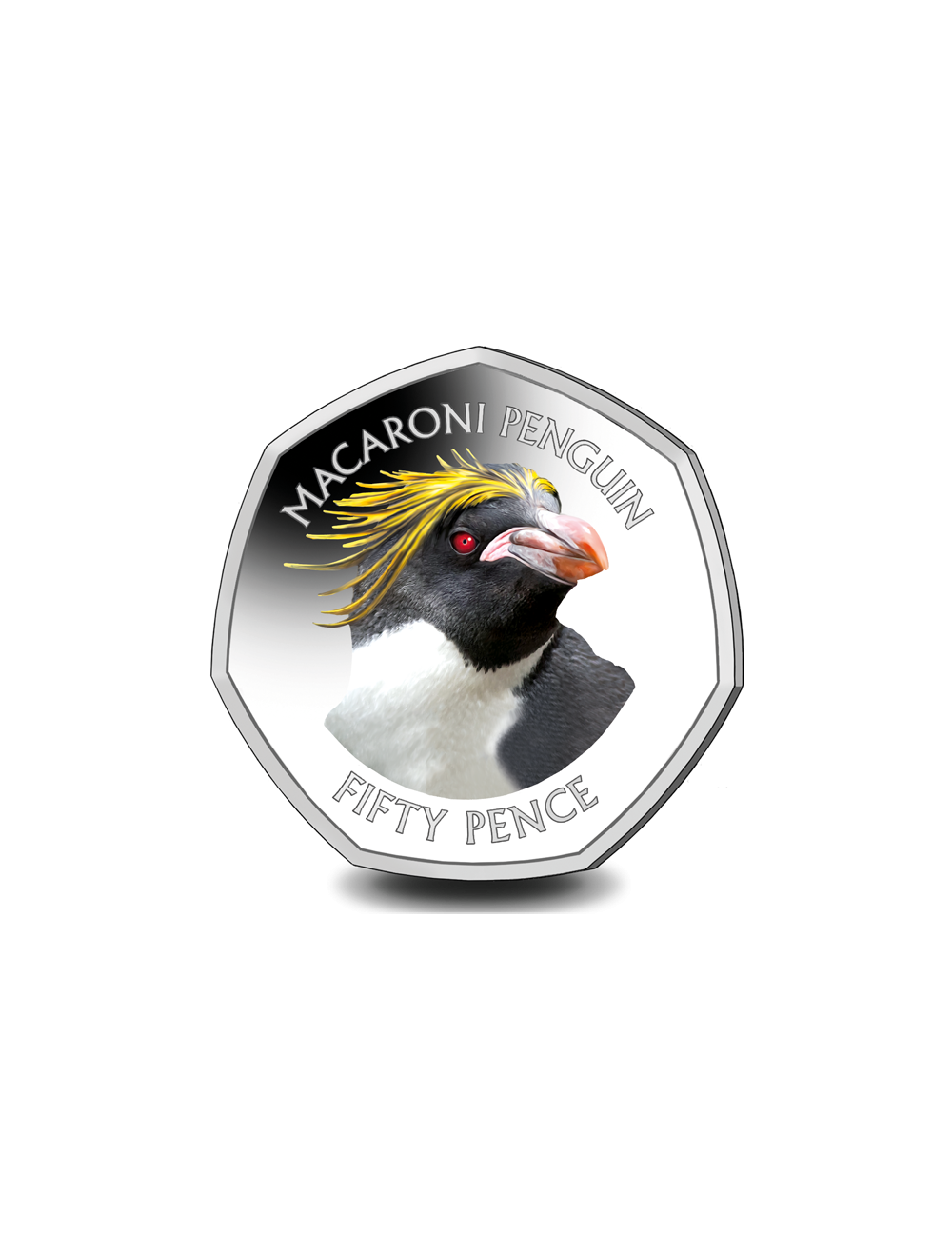 Following the amazing success of the first set of Falkland Islands Penguin 50p coins in 2017, we are delighted to announce the release of a brand new set of five coins featuring the five breeds of penguin that are resident on the Islands at some point during the course of the year.

Known as the penguin capital of the world, it is hard to believe that back in the 18th Century these beautiful birds were victimised for oil and, in the case of some breeds, for their beautiful skin.  Thankfully, conservation and awareness has changed this and the penguins are now a favourite with tourists.

This new series of coins features close-up head shots of the five penguins that inhabit the Falkland Islands, each shown in glorious colour to enhance the detail.  We are also producing a new collector’s album to hold the set which sets the coins against a beautiful image of a group of King penguins and includes information on each breed.

The coin features a headshot of a Macaroni penguin which is shown in glorious colour which really highlights the most distinctive feature of this breed – the golden crests which start at the centre of the forehead and then sweep above the eyes.  The obverse of the coin features the exclusive Pobjoy Mint effigy of Her Majesty Queen Elizabeth II.

*This coin is sold in a 50pence shaped capsule inside a blue pouch. If purchased with an album no pouch will be supplied. If more than 14+ coins have been purchased, please note no pouches will be included and your coins will be dispatched in tubes.**

Found in the Sub Antarctic to the Antarctic peninsula, the Macaroni is one of the six species of crested penguins.  The Macaroni Penguin has the largest population of all penguins, but in the Falklands occur in very small numbers and best amongst Rockhopper colonies in the Islands.  Like all penguins it is flightless, with a streamlined body and wings stiffened and flattened into flippers for a marine lifestyle.