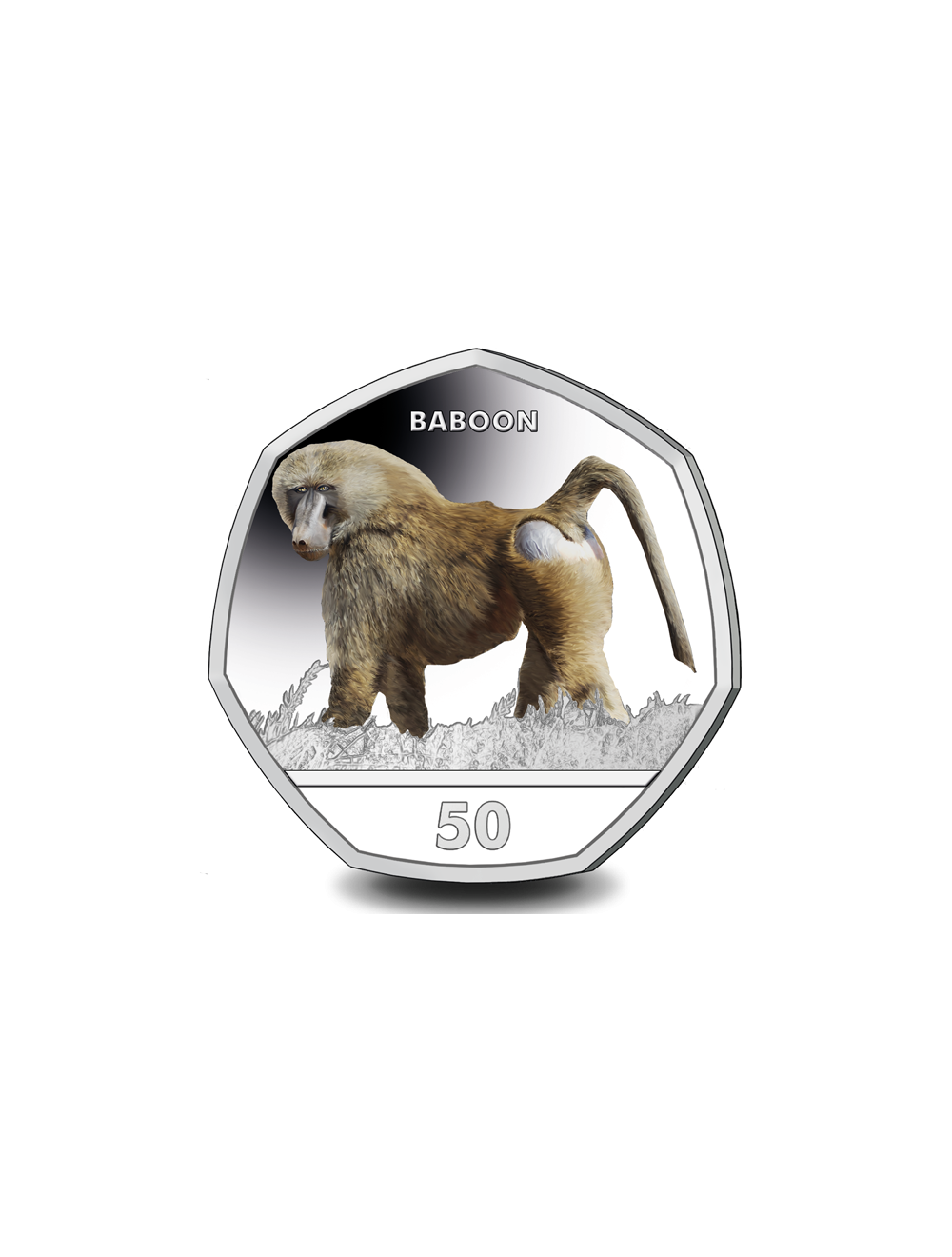 The Rock of Gibraltar is one of the Pillars of Hercules, the peninsulas that flank the entrance to the Strait of Gibraltar, a narrow strait which connects the Atlantic Ocean to the Mediterranean Sea and separates Gibraltar from Morocco in Africa.  At the narrowest point, Europe and Africa are only separated by 7.7 nautical miles of ocean.

Found in north-west Africa, the Baboon is the most interactive with people out of all of the primates in Africa, as well as being the most adaptable of the ground-dwelling primates and being able to live and survive in a wide variety of habitats.

Being some of the most identifiable of the primate world, Baboons have tufts of hair on either side of their faces, long dog-like muzzles and powerful jaws. Also, their most well-known feature is their large, hairless bottoms.  They are very social creatures and a troop can consist of anything from 12 to hundreds of members who groom, sleep together and protect each other.  This particular monkey also has at least 10 different vocalisations which they use to communicate within their troops.

The coin features an adult Baboon and the stunning use of colour allows these endangered primates to be brought to life. This coin helps to capture the unfortunate reality that these beautiful animals are in danger of becoming extinct due to habitat loss.