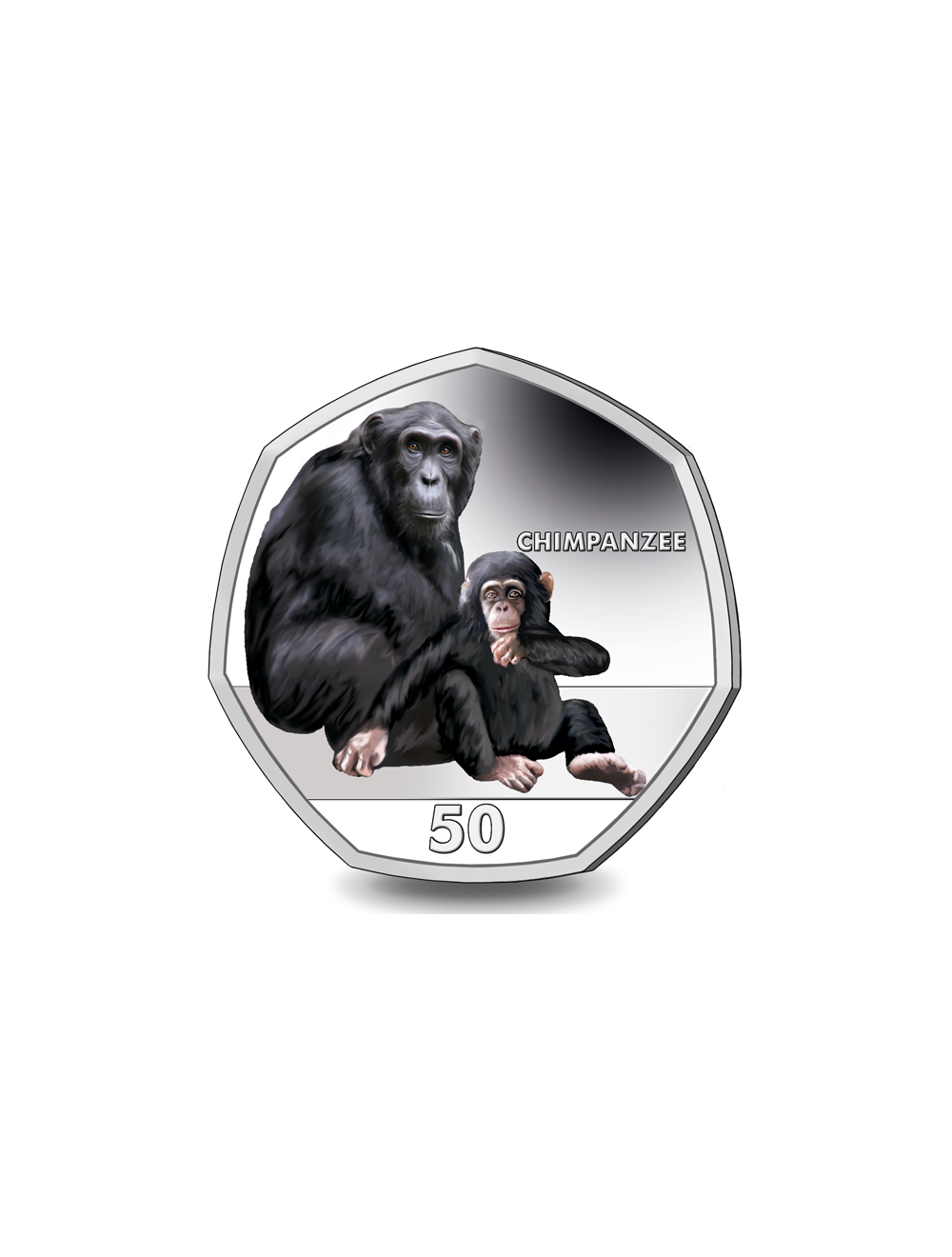 The Rock of Gibraltar is one of the Pillars of Hercules, the peninsulas that flank the entrance to the Strait of Gibraltar, a narrow strait which connects the Atlantic Ocean to the Mediterranean Sea and separates Gibraltar from Morocco in Africa. At the narrowest point, Europe and Africa are only separated by 7.7 nautical miles of ocean.

The common Chimpanzee can be found in north-west and central Africa and is a species of great ape.  This primate lives in groups which range in size from 15 to 150 individuals, although they split into much smaller groups to travel and forage during the day.  The species lives in a male-dominated and strict hierarchy which means that disputes can generally be settled without the need for violence.

The coin features an adult Chimpanzee with an infant.  With the coin available in stunning colour, these enchanting primates are really brought to life and the coin will hopefully highlight the fact that we are losing some of our amazing primates and provoke some thought into saving this beautiful animal.

Believed to be one of the closest living relatives of humans, nearly all chimpanzee populations have been recorded using tools, modifying sticks, rocks, grass and leaves and using them for acquiring honey, termites, ants, nuts and water.

The biggest threats to the common Chimpanzee are habitat destruction, poaching and disease.  The species is listed on the International Union of Conservation of Nature Red List as an endangered species and are therefore legally protected in most of their range.