Ascension Island
Ascension Island is a British Overseas Territory located in the South Atlantic covering an area of 34 square miles. The island is volcanic and enjoys warm weather all year round. There are five settlements on the island, with Georgetown being the administrative capital and port. The island is home to around 1,100 inhabitants, mostly Saint Helenians but also 200 British and 150 US Citizens. Ascension Island was discovered by the Portuguese seafarer João da Nova Castella in 1501, (although this visit apparently went unrecorded) and “found again” two years later on Ascension Day by Alphonse d’Albuquerque, who gave the island its name.
View Collections

British Indian Ocean Territory
The Chagos Islands were first discovered by Portuguese mariners in the early 16th century. The French assumed sovereignty more than two centuries later and began to exploit the hitherto uninhabited islands for copra in the 1780s. The Islands became British when ceded by France to Britain, together with Mauritius and the Seychelles, in 1814. Prior to Mauritius achieving independence and with the agreement of the Mauritius Council of Ministers, the Islands were detached in 1965 to form part of the British Indian Ocean Territory.
View Collections

Falkland Islands
The Falkland Islands (also known as Islas Malvinas) are an archipelago in the South Atlantic Ocean, located 300 miles off the coast of Argentina, 671 miles west of South Georgia, and 584 miles north of the British Antarctic Territory. There are two main islands, East Falkland and West Falkland, as well as 776 smaller islands. Stanley, on East Falkland, is the capital. The Islands are a self-governing Oversea Territory of the United Kingdom. Controversy exists over the Falklands' discovery and subsequent colonisation by Europeans. At various times, the islands have had French, British, Spanish, and Argentine settlements. Britain reasserted its rule in 1833, although Argentina maintains its claim to the islands. In April 1982, Argentine forces temporarily occupied the islands. British administration was restored two months later at the end of the Falklands War. In March 2013, the Falkland Islands held a referendum on its political status, with 99.8 percent of voters favoured remaining under British rule.
View Collections 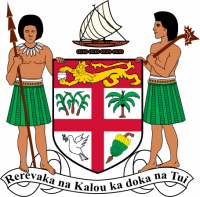 Fiji
Fiji, officially the Republic of Fiji is an island country in Melanesia in the South Pacific Ocean about 1,300 miles northeast of New Zealand's North Island. Among its closest neighbours are Vanuatu, New Caledonia, Tonga and Tuvalu. Fiji is an archipelago of more than 330 islands, of which 110 are permanently inhabited, and more than 500 islets, amounting to a total land area of about 18,300 square kilometres. Europeans visited Fiji from the 17th century and, after a brief period as an independent kingdom, the British established the Colony of Fiji in 1874. Fiji was a Crown colony until 1970, when it gained independence as a Commonwealth realm. A republic was declared in 1987, following a series of coups d'état.
View Collections 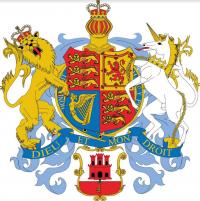 Gibraltar
Gibraltar is a British Overseas Territory and headland, on Spain's south coast. First settled by the Moors in the Middle Ages and later ruled by Spain, the outpost was ceded to the British in 1713. It’s dominated by the Rock of Gibraltar, a 426m-high limestone ridge. The Rock of Gibraltar has cast a powerful first impression on those that have seen it. Whether approaching by land, sea or air, the Rock looms stark and isolated as it towers above the region. At the neck of the Strait of Gibraltar, it is the final signpost before the Mediterranean joins the Atlantic and thus has been an important site throughout European history.
View Collections

Isle of Man
A dependency of the British Crown since 1765, the Isle of Man, situated in the Irish Sea, midway between England, Scotland and Ireland. The Isle of Man has the oldest parliament in the world in continuous existence since 979 and was the first country anywhere to give women the vote in 1881. It is an Independent State with a long history, distinctive language and culture, and many proud traditions.   The Isle of Man has established an enviable reputation for innovation combined with technical excellence, with such notable achievements including the World’s first circulation base-metal pound coin (1979), the only seven sided coin with an edge inscription, the first coin inscribed in Braille, the World’s first bi-metal coin in gold and titanium and the first Christmas coins. Such coins as the platinum Noble, the gold Angel and the award-winning Penny Black Crown have placed the Isle of Man in the forefront of contemporary numismatics.
View Collections 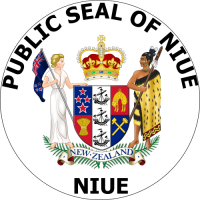 Niue
Niue is well known as one of the largest upraised coral atoll in the world situated in the middle of the South Pacific within a triangle boundary of Tonga, Samoan and Cook Islands. From New Zealand, it is located towards the north eastern side of the International Date Line and is 11 hours behind the Greenwich Mean Time. Niue, whose capital is the village of Alofi, is a self-governing state in free association with New Zealand; and New Zealand conducts most diplomatic relations on its behalf. Niueans are citizens of New Zealand, and Queen Elizabeth II is head of state in her capacity as Queen of New Zealand.
View Collections

Seychelles
The Seychelles consists of 115 different islands situated in the Indian Ocean, with the Island of Mah containing the capital, Victoria. Made up of both granite and coral islands and described as one of the most unspoilt environments on earth, 46% of the land is set aside for National Parks, Nature Reserves and Protected Areas and more than 200 species of fish and 250 types of coral are found on the Islands reefs.  Seychelles is a member of the African Union, the Southern African Development Community, the Commonwealth of Nations, and the United Nations. After proclamation of independence from the United Kingdom in 1976, Seychelles has developed from a largely agricultural society to a market-based diversified economy, with agriculture being supplanted by rapidly rising service and public sectors as well as tourism.
View Collections

Sierra Leone
Sierra Leone is situated on the west coast of Africa, bordered by Guinea to the north, Liberia to the southeast and the Atlantic Ocean to the west. It was annexed in 1787, and settled first by former slaves who had fought for the British in the American Revolution and then later by others who had been freed from slave ships on their way to the Americas (the national capital is, appropriately, called Freetown). It formally became a colony in 1808, remaining under British rule until independence in 1961. In more recent years, the Country has suffered from internal strife but the warring parties are now laying down their arms and normality is returning.
View Collections 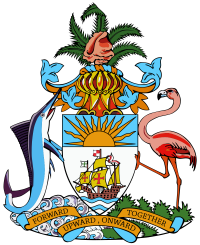 The Bahamas
The Bahamas, known officially as the Commonwealth of the Bahamas, is an archipelagic state within the Lucayan Archipelago. It is comprised of 700 islands sprinkled over 100,000 square miles of ocean starting just 50 miles off the coast of Florida. The archipelago is an ecological oasis featuring 2,000 breathtaking islands and cays and boasts the clearest water on the planet—with a visibility of over 200 feet. In the Bahamas you can find the world’s third largest barrier reef. The Bahamas is the site of Columbus' first landfall in the New World in 1492. Although the Spanish never colonised the Bahamas, they shipped the native Lucayans to slavery in Hispaniola. The islands were mostly deserted from 1513 until 1648, when English colonists from Bermuda settled on the island of Eleuthera. The Bahamas became a British Crown colony in 1718, when the British clamped down on piracy.
View Collections

Vanuatu
Vanuatu is an archipelago of islands based in the South Pacific Ocean. It was first inhabited by Melanesian people but Europeans began to settle in the area in the late 18th century. In the 1880s France and the United Kingdom claimed parts of the country and in 1906 they agreed on a framework for jointly managing the archipelago as the New Hebrides through a British-French condominium. Gaining independence from France and Britain in 1980, Vanuatu is experiencing an economic upturn due to an expansion in tourism, better access via air and a good relationship with Australia.
View Collections