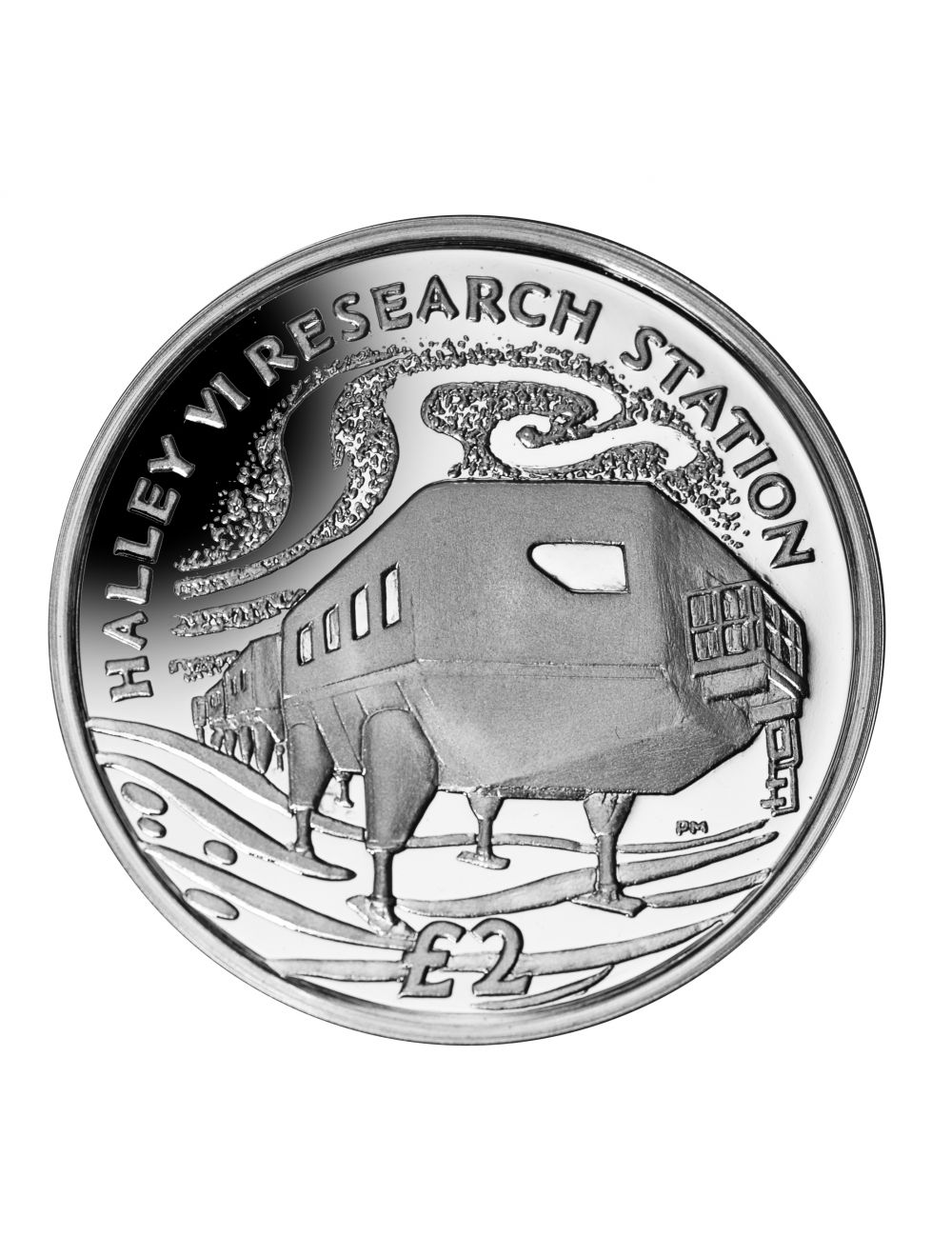 The design of the coin features the Halley VI underneath the Aurora Australis (the southern lights), whilst the obverse carries an effigy of Her Majesty Queen Elizabeth II, by Ian Rank-Broadley FRBS. Ian Rank-Broadley is one of the foremost sculptors working today. His effigy of H.M. Queen Elizabeth II has appeared on all UK coinage since 1998 and the Pobjoy Mint has exclusive use of the ‘uncouped’ effigy that appears on the obverse of these coins.

At the forefront of scientific endeavour, a celebration

This special collector’s coin illustrate man’s quest for knowledge with its depiction of the Halley VI. The Halley VI is the sixth research station to be built on the floating Brunt Ice shelf which borders the Antarctic coast of Coast Land between Dawson-Lambton Glacier and Stancomb-Wills Glacier Tongue.

The very first station, occupied in 1957 for a Royal Society expedition during the International Geophysical Year, established this region as an important natural laboratory for studying the Earth’s magnetic field and the near-space atmosphere. And, it was at the Halley’s counterpart, Halley V, where data was obtained which led to the discovery of the ozone hole in 1985.

Only 50,000 Uncirculated Cupro Nickel £2 coins have been struck and collectors will receive their coin in a special presentation pouch. This British Antarctic Territory £2 coin is also available in Proof Sterling Silver.