The store will not work correctly in the case when cookies are disabled.
Skip to the end of the images gallery
Out of stock 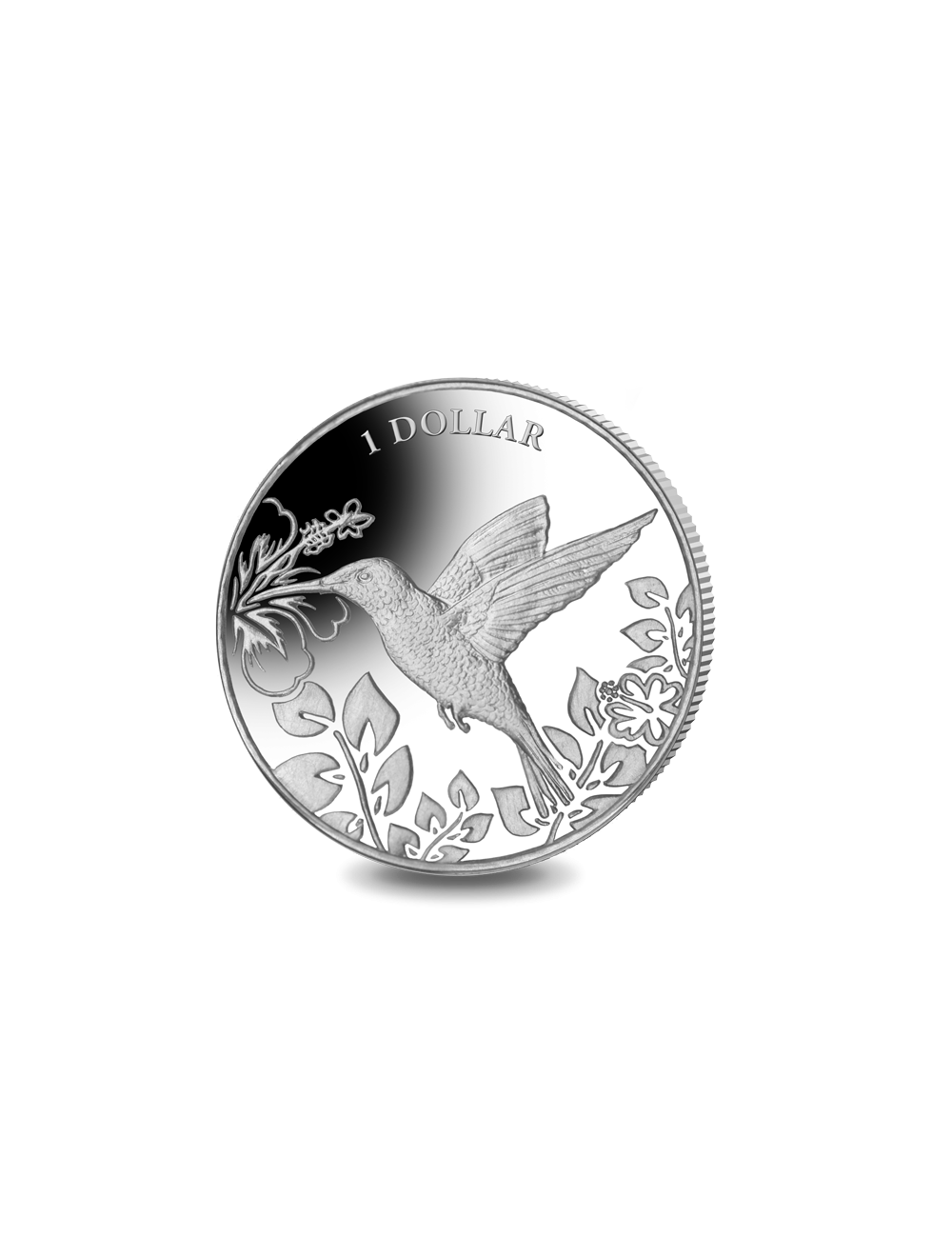 We are delighted to announce the release of a brand new coin issued on behalf of the British Virgin Islands Government featuring the Hummingbird.

Hummingbirds are a diverse family of 320 species and they can mostly be found throughout the Americas. The smallest of all is the tiny bee hummingbird, Mellisuga helenae, weighing less than 2.5grams. They are among the world’s smallest bird species measuring 3 to 5 inches.

Their English name derives from the characteristic hum made by their rapid wing beats which flap at high frequencies audible to humans. They can fly at speeds exceeding 15 meters/second (54 km/h; 34 mph)and they can also fly backwards, and are the only group of birds able to do so.

Hummingbirds have the highest metabolism of any homeothermic animal. To conserve energy when food is scarce, and nightly when not foraging, they go into torpor, a state similar to hibernation, slowing metabolic rate to 1/15th of its normal rate.

Surprisingly, they have long lifespans for organisms with such rapid metabolisms. Though many die during their first year of life, especially in the vulnerable period between hatching and fledging, those that survive may occasionally live a decade or more. Among the better-known species, the average lifespan is probably 3 to 5 years.

This stunning coin is also available in Green Titanium.