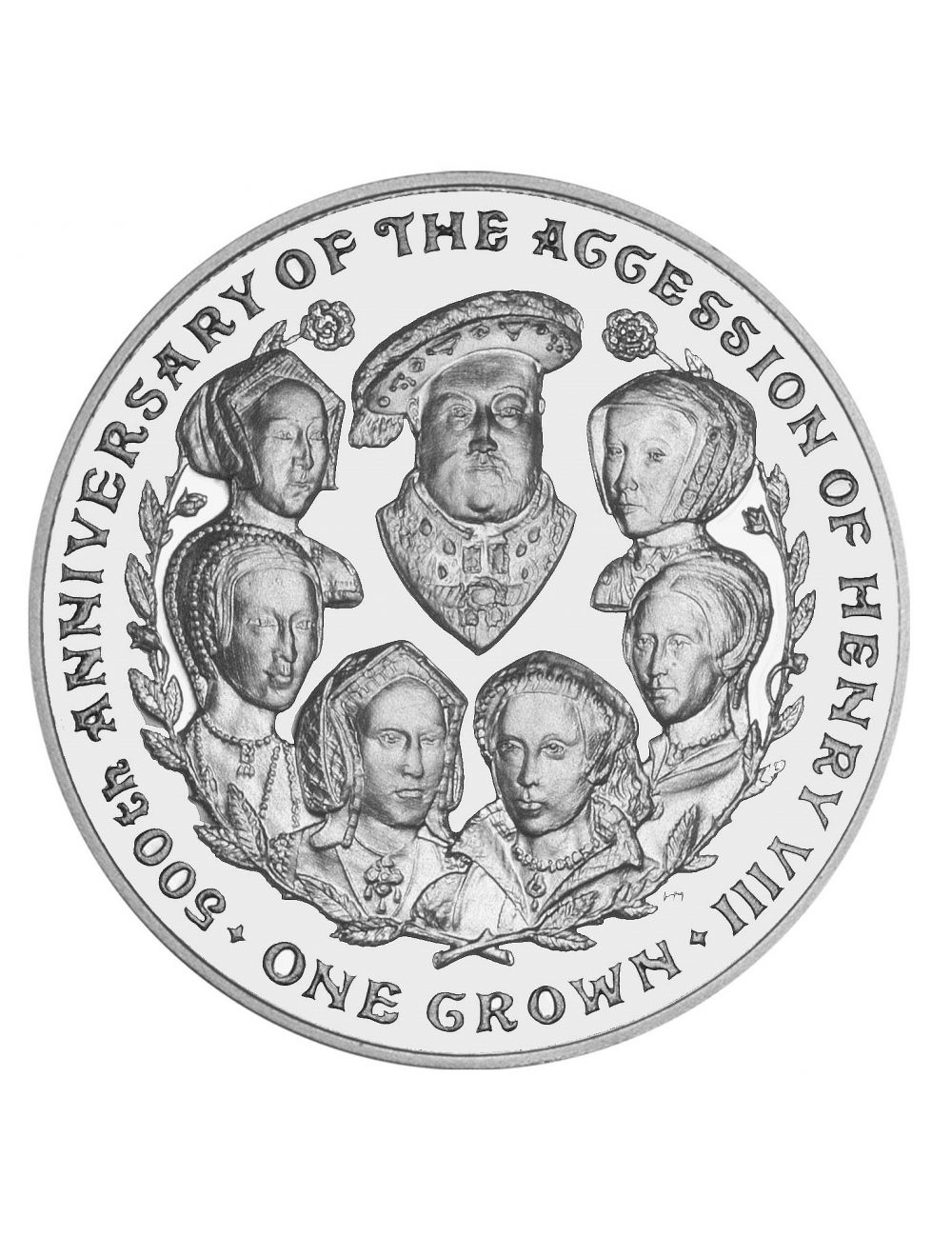 Pobjoy Mint released this collector's coin on behalf of the Isle of Man to celebrate the 500th Anniversary of the Accession of King Henry VIII, who ascended the Throne on 21st April, 1509 upon his father's death.

In the 48 years of his reign, Henry went on to divorce both Catherine of Aragon and Ann of Cleves, behead a further 2 wives – Anne Boleyn and Kathryn Howard, with only one wife who out lived him, Katherine Parr and another wife dying during child birth, Jane Seymour. A mnemonic for the fates of Henry's wives is "divorced, beheaded, died, divorced, beheaded, survived."

This fabulous historic coin depicts the larger then life King Henry VIII surrounded by his six wives, in order of marriage. Positioned around the outside of the design are two Tudor Roses, which are traditional heraldic emblems of England and taking their name and origins from the Tudor dynasty.

In 1501, Henry attended the wedding of his elder brother Arthur (who was the heir-apparent) and Catherine of Aragon, who were at the time only about fifteen and sixteen years old, respectively. The two were sent to spend time in Wales, as was then customary for the heir-apparent and his wife, but Arthur caught an infection and died. Consequently, at the age of eleven, Henry, Duke of York found himself next in line of succession to the throne. Soon thereafter, he was created Prince of Wales.