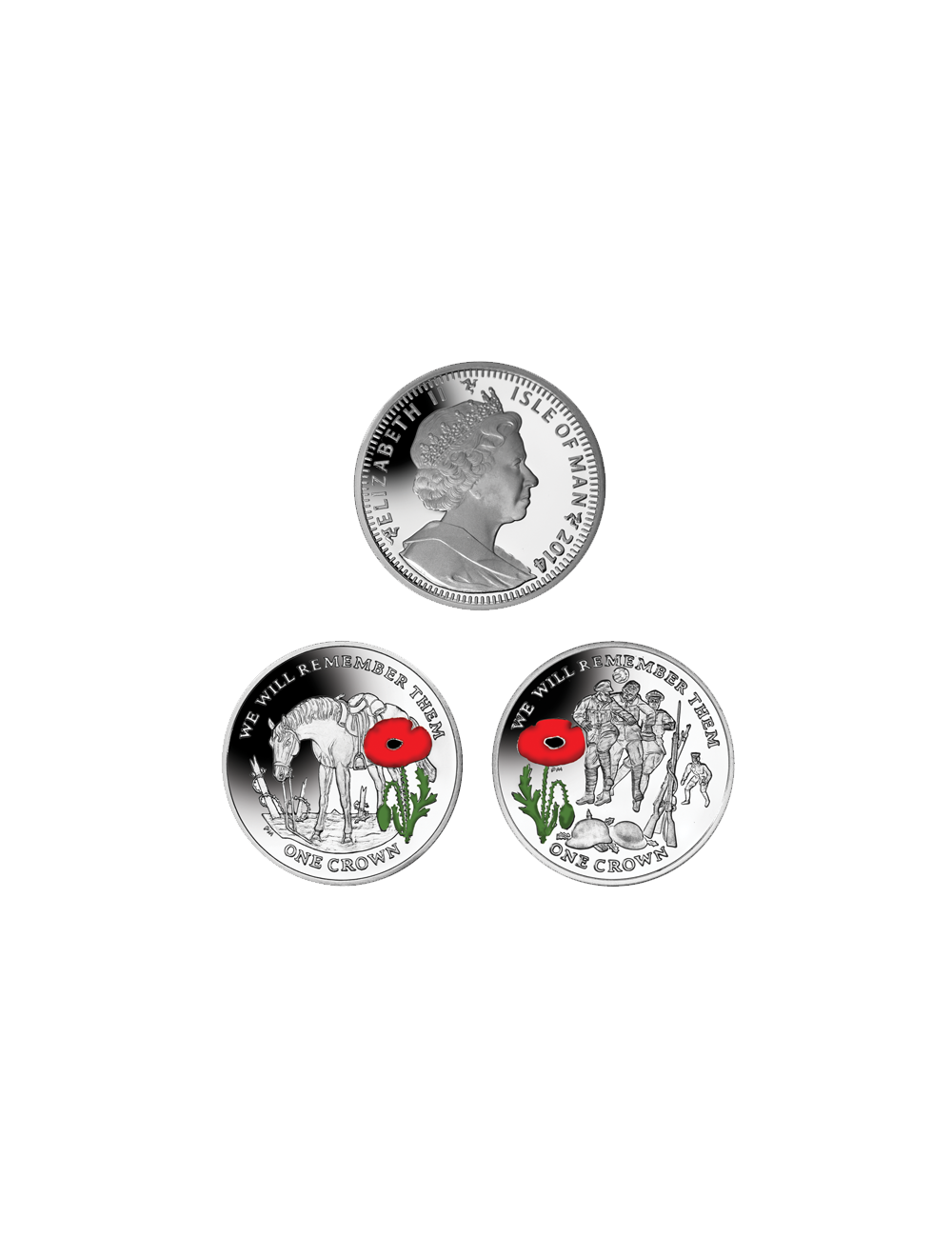 On behalf of the Isle of Man, Pobjoy Mint is pleased to announce the release of an unmissable new set of coins commemorating the centenary of the outbreak of World War I.

This set consists of two beautiful WW1 commemorative coins, both in coloured Proof Sterling Silver. The first depicts an image of British and German soldiers playing football on Christmas Day 1914 with their helmets and stacked rifles in the foreground. Whilst the second features an image of a horse, in the middle of No Man’s Land, amidst barbed wire.

Available in Uncirculated Cupro Nickel and Proof Sterling Silver, each precious metal coin has been carefully struck four times to create the famous Pobjoy Proof finish and features frosted high relief sculpting against a mirror brilliant background.  As an Act of Remembrance for this Centenary, this special edition coin set has the poppy produced in full colour.

These remarkable IOM coins, released in commemoration of the war, offer a fitting tribute to those who sacrificed their lives for the freedom of others. A limited edition, this coloured Proof Sterling Silver collector’s coin set comes in a stunning presentation box complete with a certificate. Both coins are also available individually.