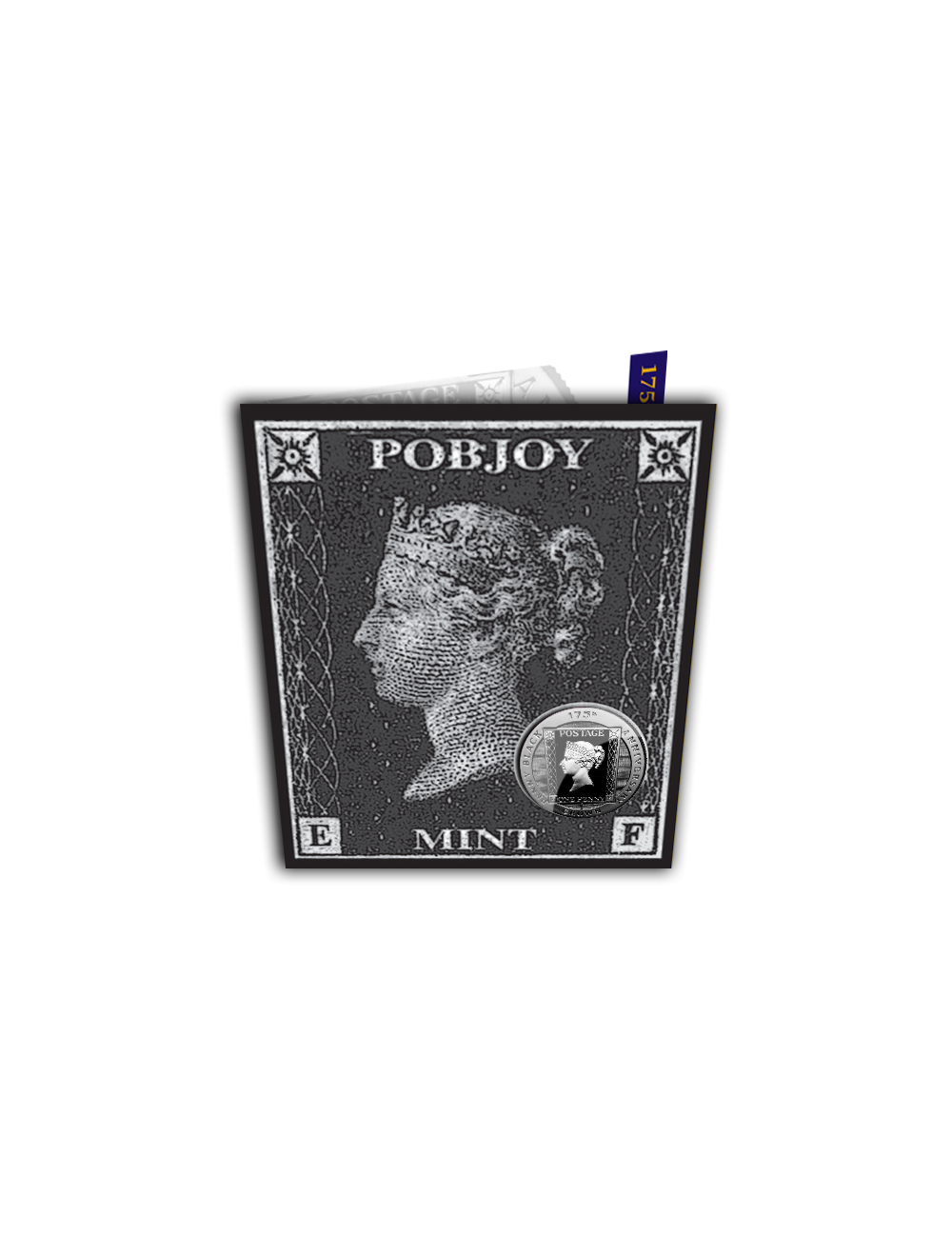 Pobjoy Mint is delighted to announce the release of a new Uncirculated Cupro Nickel commemorative coin in a Pack which is issued on behalf of the Isle of Man Government to celebrate the 175th Anniversary of the Penny Black Stamp.

Back in 1990, Pobjoy Mint issued a coin which was recognised as the most innovative coin of its time, and which was awarded no less than three Coin of the Year (COTY) Awards - Best Crown, Most Innovative Coinage and overall Coin of the Year.

The coin in question was produced to commemorate the anniversary of the world's first adhesive stamp which was introduced in Britain in 1840 by famous reformer, Rowland Hill. The stamp made philatelic history, with a beautiful but simple design by Henry Corbould showing the profile of the young Queen Victoria. This stamp became popularly known the world over as the 'Penny Black'.

This year sees the 175th Anniversary of the Penny Black, and to commemorate the event, the 2015 coin is being issued with the same design as the coin released in 1990. The design remains the same showing the image from the stamp, but there is a change in the anniversary date and this year's coin has been issued in various sizes, with the Cupro Nickel and Sterling Silver editions both having the lustrous 'pearl black' finish created from a unique technique employed by Pobjoy Mint to create the beautiful black colour. This year's coin also differs from the original as it portrays a different effigy of Her Majesty Queen Elizabeth II. The obverse of the coin carries an incused effigy of Her Majesty Queen Elizabeth II, Lord of Mann, by Ian Rank-Broadley FRBS.