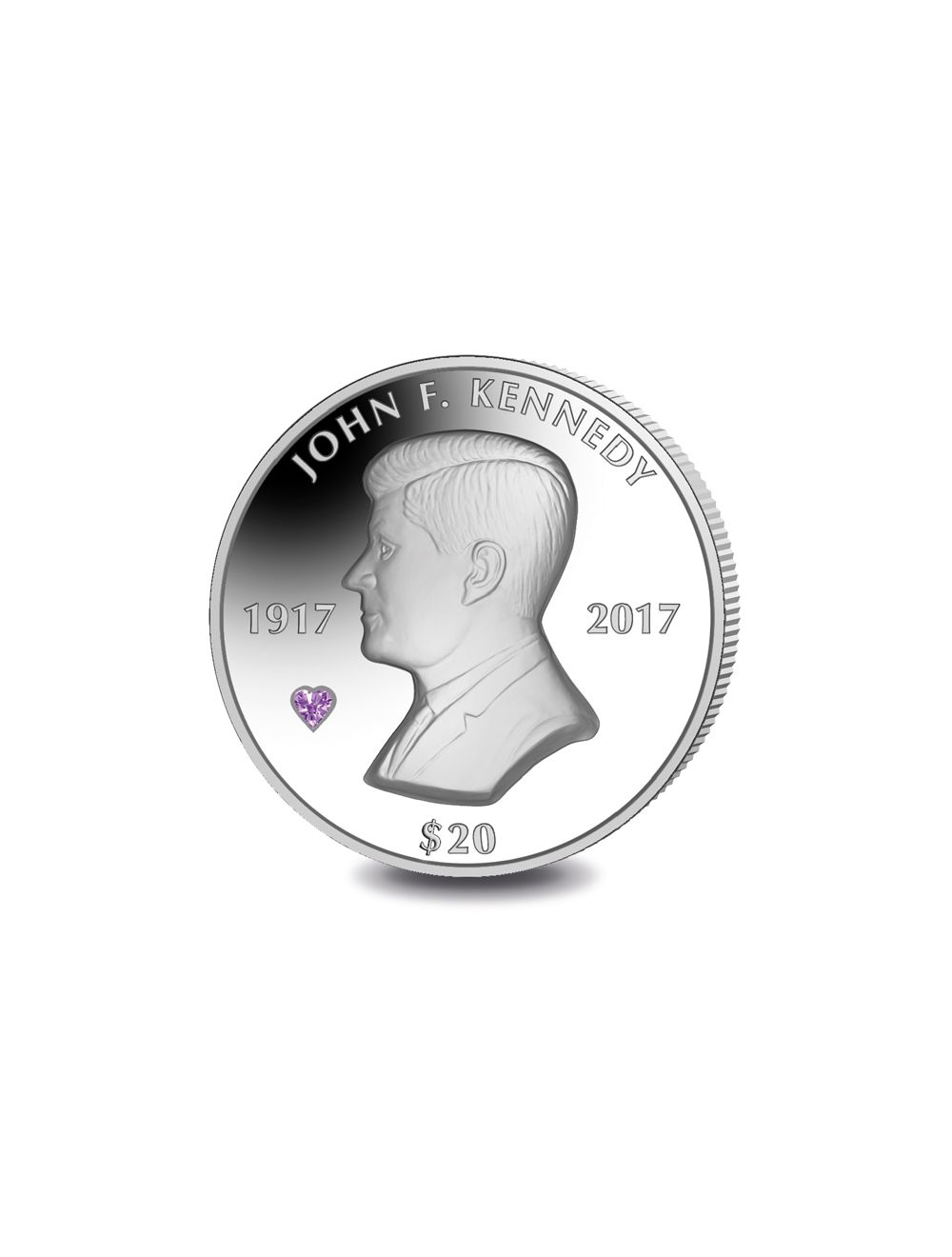 John Fitzgerald Kennedy, also known as ‘JFK’’, was born in May 1917 in Massachusetts and spent the first 10 years of his life in Boston until his family moved to the Bronx where he spent his middle school years. Kennedy later went on to study at the London School of Economics and Harvard University which laid the foundations of his political career.

JFK was the 35th President of the USA and served from January 1961 until his assassination on 22nd November 1963. Despite his relatively short service he was incredibly influential and advocated for freedom home and abroad. Kennedy presided during some very pivotal events including the Cuban Missile Crisis, The Bay of Pigs invasion, the nuclear test ban treaty, the establishment of the Peace Corps, developments in the Space Race, the building of the Berlin Wall, the Trade Expansion Act to lower tariffs, and the Civil Rights Movement.

The Reverse features a portrait of JFK in High relief and fine detail. The denomination is $20. The year of JFK’s birth and the centenary of his birth are on the left and right of the portrait respectively. A Purple Swarovski crystal has been inset into the heart.

Featured on the obverse is an effigy of Queen Elizabeth II designed by and exclusive to Pobjoy Mint. In order to maintain the exclusivity of this coin we are only minting 1,917 in 2oz Proof 999. Fine silver with Swarovski Crystal. Produced for British Virgin Islands.

The assassination of JFK is a topic that breeds much controversy and debate. The official report is that he was shot by lone gunman Lee Harvey Oswald in Dallas Texas. The gunman supposedly acted alone as he fired at the President from the 6th story window of a nearby building killing him on 22th November 1963.