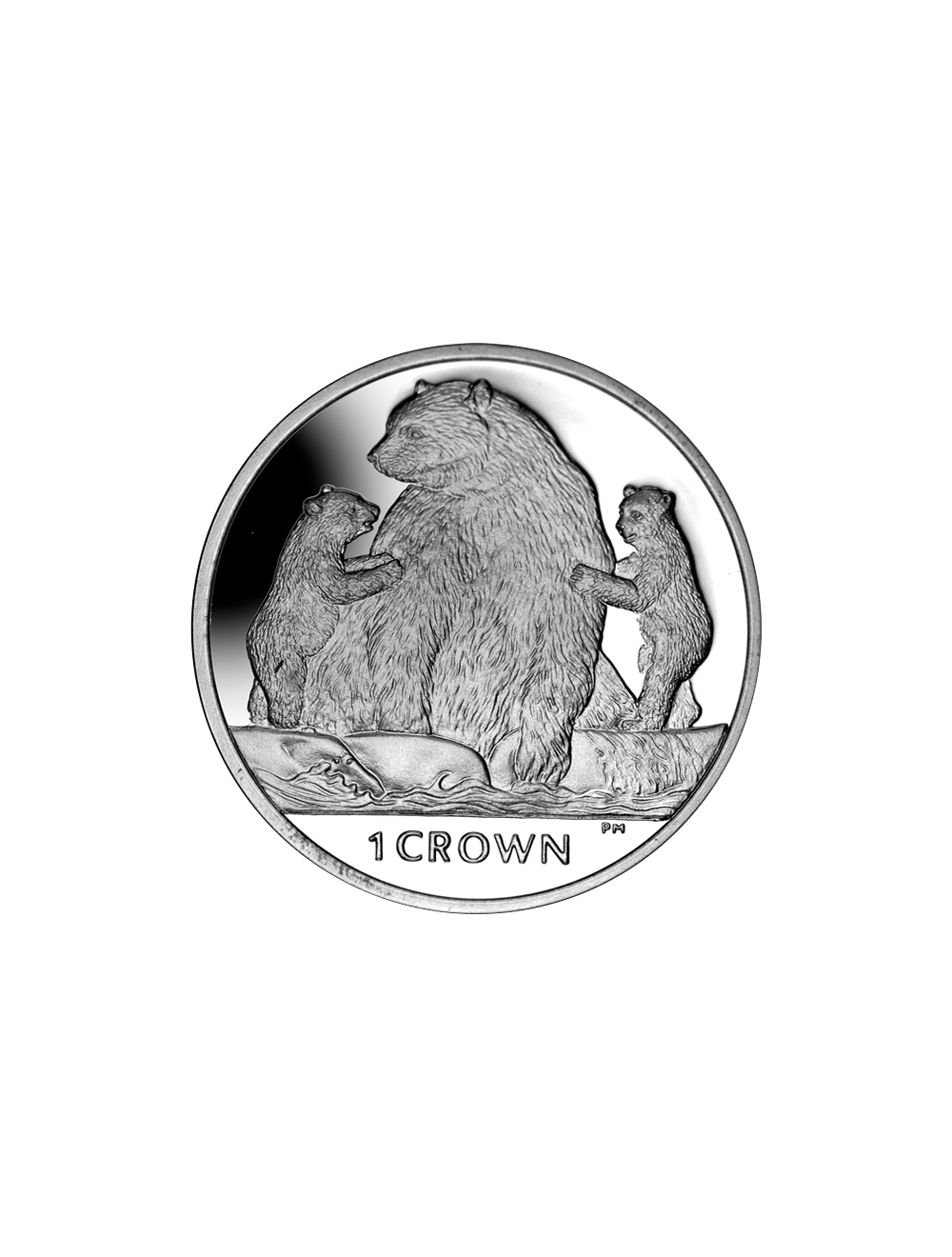 On behalf of the Isle of Man government, Pobjoy Mint is delighted to announce the release of a new uncirculated cupro nickel crown featuring the Kermode Bear. Named after Manx man Francis Kermode, former director of the Royal British Columbian Museum, this unusual bear is also known as the ‘Spirit Bear’ thanks to its rare creamy white colouring.

The design on the coin features an adult Kermode Bear sitting near water with her two cubs.  The coin, available in both Proof Sterling Silver and Cupro Nickel, has been struck four times to create the famous Pobjoy Proof finish and all coins feature frosted sculpting against a mirror brilliant background. This stunning coin is available with a beautiful plush white bear creating the perfect collector’s coin set or gift, and is also available in colour.

A unique coin to celebrate an unusual bear

The Kermode Bear (Ursus americanus kermodei) is a subspecies of the North American Black Bear, and one tenth of their population have cream-coloured coats. The colour is due to a recessive gene and it is not unusual for a black female to produce a white cub.

‘Spirit bears’ play an important role in the oral tradition of the Canadian First Nations and American Indians. In a Kitasoo First Nations story, long after Raven had descended from the heavens and created The Green followed by the whole of creation, Raven was still not satisfied. He wanted something to remind him of the glaciers, the Long White Time of before. So he chose Bear, known as the keeper of dreams and memory to aid him in this task. Raven found Black Bear in his constellation in the night sky and made a pact. In return for a life of peace and safety Black Bear agreed to let Raven turn one out of every ten Black Bears turn white which was a reminder for Raven of the great ice age.

Today, the population of the Kermode Bear is estimated at 400 to 1,000 individuals. They range from Princess Royal Island to Prince Rupert, British Columbia on the coast. It is thought that this unusual bear has survived due to the oral traditions of the First Nations who see it as a sacred part of their heritage and so have never hunted these animals.

The obverse of the IOM coin features an effigy of Her Majesty Queen Elizabeth II, Lord of Mann, by Ian Rank-Broadley FRBS. Ian Rank-Broadley is one of the foremost sculptors working today. His effigy of H.M. Queen Elizabeth II has appeared on all UK coinage since 1998 and the Pobjoy Mint has exclusive use of the ‘uncouped’ effigy that appears on the obverse of these coins.