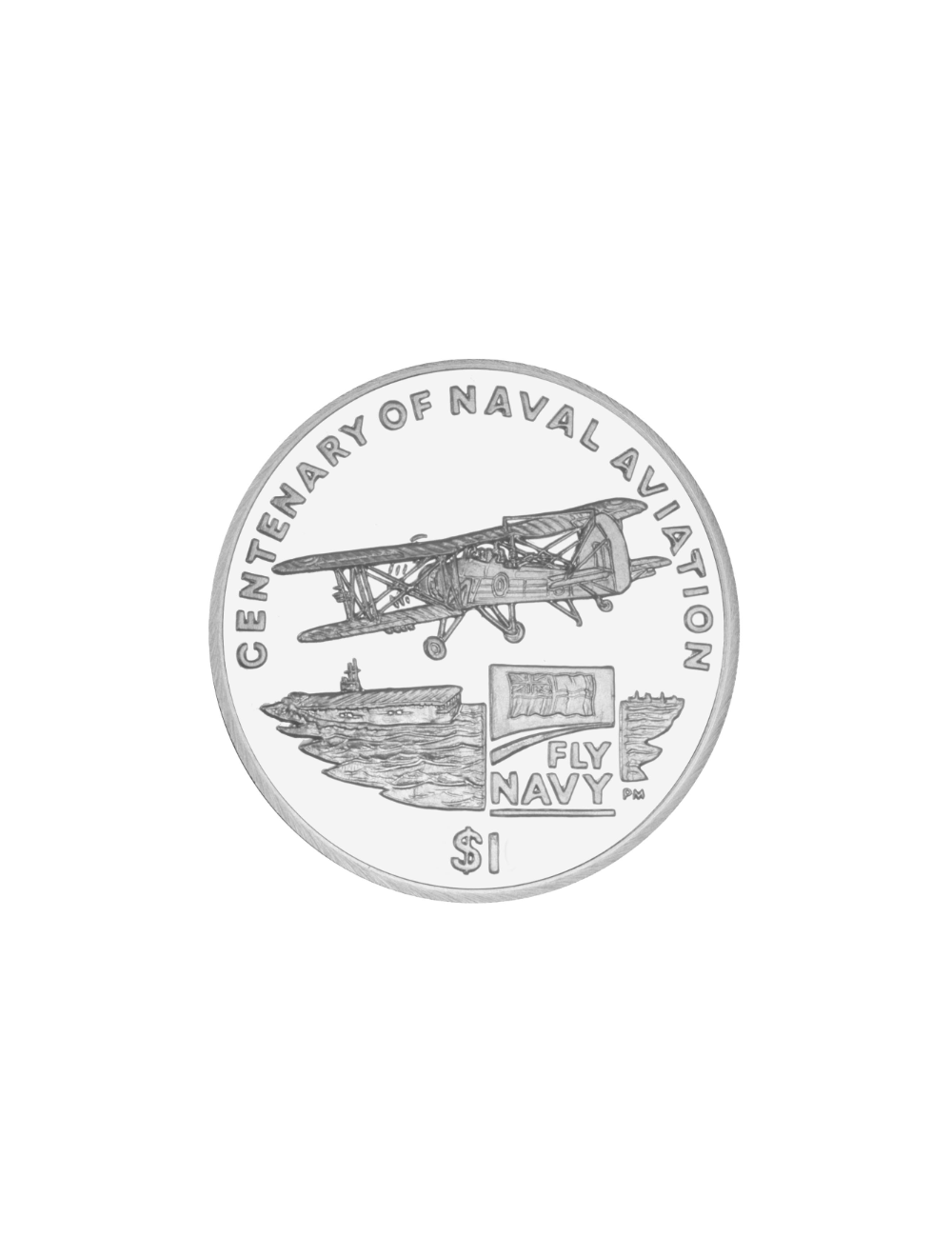 The Government of the British Virgin Islands has approved the release of a new coin to celebrate the Centenary of Naval Aviation.

On 7 May 1909, the Admiralty placed the first order for an aircraft specifically for use in military and naval operations. Little did they know that this single action would ultimately lead to them being one of the key players in the development of military and naval aviation around the world and to the eventual foundation of the Royal Air Force.

Despite initially trying to dissuade officers from following an aviation career, it was soon realised that those that took to the skies in those early days were not only adventurous and brave men but also pioneers in this new form of warfare.

Show more
They had a strong desire to innovate and improve their capability with the result being a string of aviation firsts including: the first to take off from a moving ship, the first to land on a ship, the first to carry out a strike against enemy territory from the air, the first to torpedo a ship from the air and the first use of aircraft in a sea battle. This pioneer approach remains to this day and is part of the ethos of the Fleet Air Arm, which has continued to lead the way in naval aviation technology and tactics around the world, whether this has been in the development the classic, flat topped aircraft carrier shape or aids such as the steam catapult, angled flight deck, mirror landing sight, or indeed operating vertical take off aircraft from ships and the 'ski jump' take-off ramp. However the Fleet Air Arm’s history has not always been easy, naval aviation found itself in something of a wilderness between 1918 and 1937, when all military aviation in the UK was placed under the control of the RAF. Despite frequent petitions, there was little financial or technological support given to the Fleet’s requirements. Eventually control in 1937, limited control of naval aviation was returned to the Admiralty and by 1939, full control was returned as the clouds of the Second World War approached. From being a drastically weakened force at the start of the Second World War, the Fleet Air Arm emerged with distinguished accomplishment and this continues to this day. Since 1945, there has not been a single year in which the Fleet Air Arm has not been involved in conflict, humanitarian support or other operations somewhere around the world. The aircraft featured on the coin is the Fairey Swordfish, which first flew in 1936. It was constructed from metal tube and canvas, had an open cockpit and it was outdated by the time it entered the Service. Despite this, its service in the Fleet is legendary, indeed it can be said that the Swordfish is to the Fleet Air Arm, as the Spitfire is the RAF. They took part in actions all over the world, and were centre stage for the 'Fleet Air Arm's Trafalgar', the Battle of Taranto; the Channel Dash, (when one of the Fleet Air Arm's four VCs was won); the sinking of the Bismarck and critically, the Battle of the Atlantic, which kept the convoy supply routes open during the Second World War. The coin's design is based on the painting 'Finals to Fencer' by Terry Lee, which was commissioned to celebrate the Centenary of Naval Aviation. It features a Swordfish returning (after a four hour sortie in freezing Arctic conditions) to the Escort Carrier HMS Fencer in a convoy off Norway in May 1944; all three of the veterans from this sortie are still alive.
More Information
Coin Specification
Delivery info