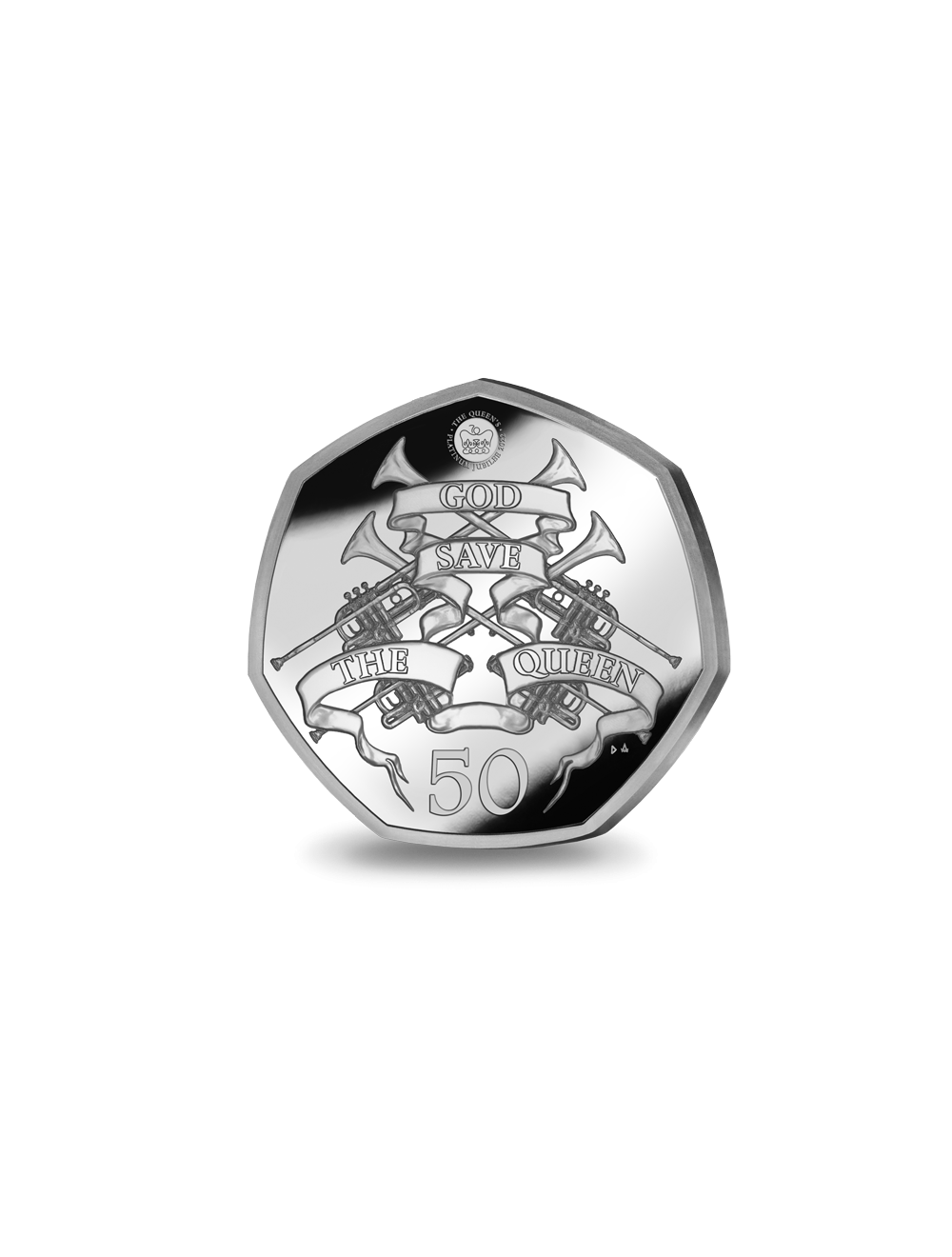 Pobjoy Mint is delighted to announce the release of a third coin to commemorate the Platinum Jubilee of Her Majesty Queen Elizabeth II.

Following the death of her father, after meeting with the new Queen at St James’s Palace on the morning of 8 February, the scroll containing the official Accession Proclamation was read to the public by the Garter King of Arms, Sir George Bellew, first at 11 a.m. from the Friary Court balcony at St James’s Palace, then in Trafalgar Square, in Fleet Street, and at the Royal Exchange.

The coin depicts a ribbon representing the scroll in the centre with trumpets of the Royal Heralds at each side. The inscription on the ribbon reads ‘GOD SAVE THE QUEEN’ as that is how the proclamation ended. The official emblem for the Platinum Jubilee can be seen at the top and the coin value at the bottom.

Significant events during her reign have included the Queen's Coronation in 1953 and the celebrations of her Silver, Golden, Diamond, and Platinum Jubilees in 1977, 2002, 2012 and 2022 respectively. 2022 is increasingly special as it marks the first time an English monarch will celebrate a Platinum Jubilee, with 70 years of service.

Show more
Her Majesty Queen Elizabeth II has ruled for longer than any other Monarch in British history, becoming a much loved and respected figure across the globe. Her extraordinary reign has seen her travel more widely than any other monarch, undertaking many historic overseas visits. Known for her sense of duty and her devotion to a life of service, she has been an important figurehead for the UK and the Commonwealth during times of enormous social change. When her father, King George VI, passed away in February 1952, Elizabeth at the age of 25 years old, became the queen regnant of seven independent Commonwealth countries. HM Queen Elizabeth II is the longest-lived and longest-reigning British monarch, the longest-serving female Head of State in history, the oldest living and longest-reigning current monarch, and the oldest and longest-serving incumbent Head of State. The obverse of the coin features an effigy of Her Majesty Queen Elizabeth II produced exclusively by Pobjoy Mint.
More Information
Coin Specification
Delivery info