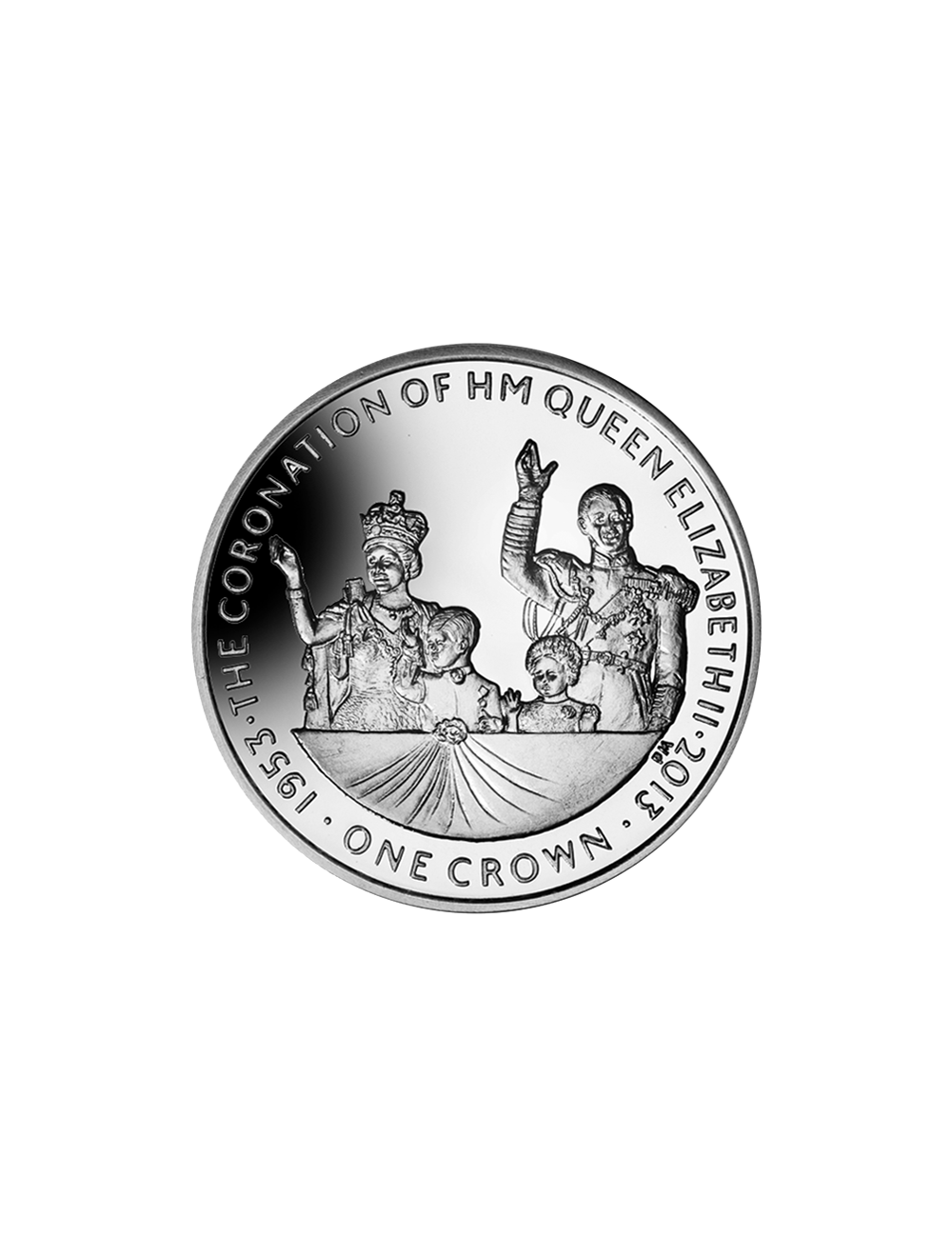 The Ascension Island commemorative coin features the central design of St. Edward’s Crown – the official Coronation Crown and the symbol of the Monarchy – surrounded by English roses, Welsh leeks, Scottish thistles and Irish shamrocks to represent the United Kingdom. St. Edward’s Crown is one of the oldest Crown Jewels and a fitting choice for this coin, it takes its name from Edward the Confessor who was crowned in 1065, although the crown used today was reconstructed in 1661 for the coronation of King Charles II.

Available as an Uncirculated Cupro Nickel Crown, every coin has been finished to the exacting high standards that distinguish a Pobjoy Mint coin. The obverse of all coins carry an effigy of Her Majesty Queen Elizabeth II, by Ian Rank-Broadley FRBS. Ian Rank-Broadley is one of the foremost sculptors working today. His effigy of H.M. Queen Elizabeth II has appeared on all UK coinage since 1998 and the Pobjoy Mint has exclusive use of the ‘uncouped’ effigy that appears on the obverse of these coins.