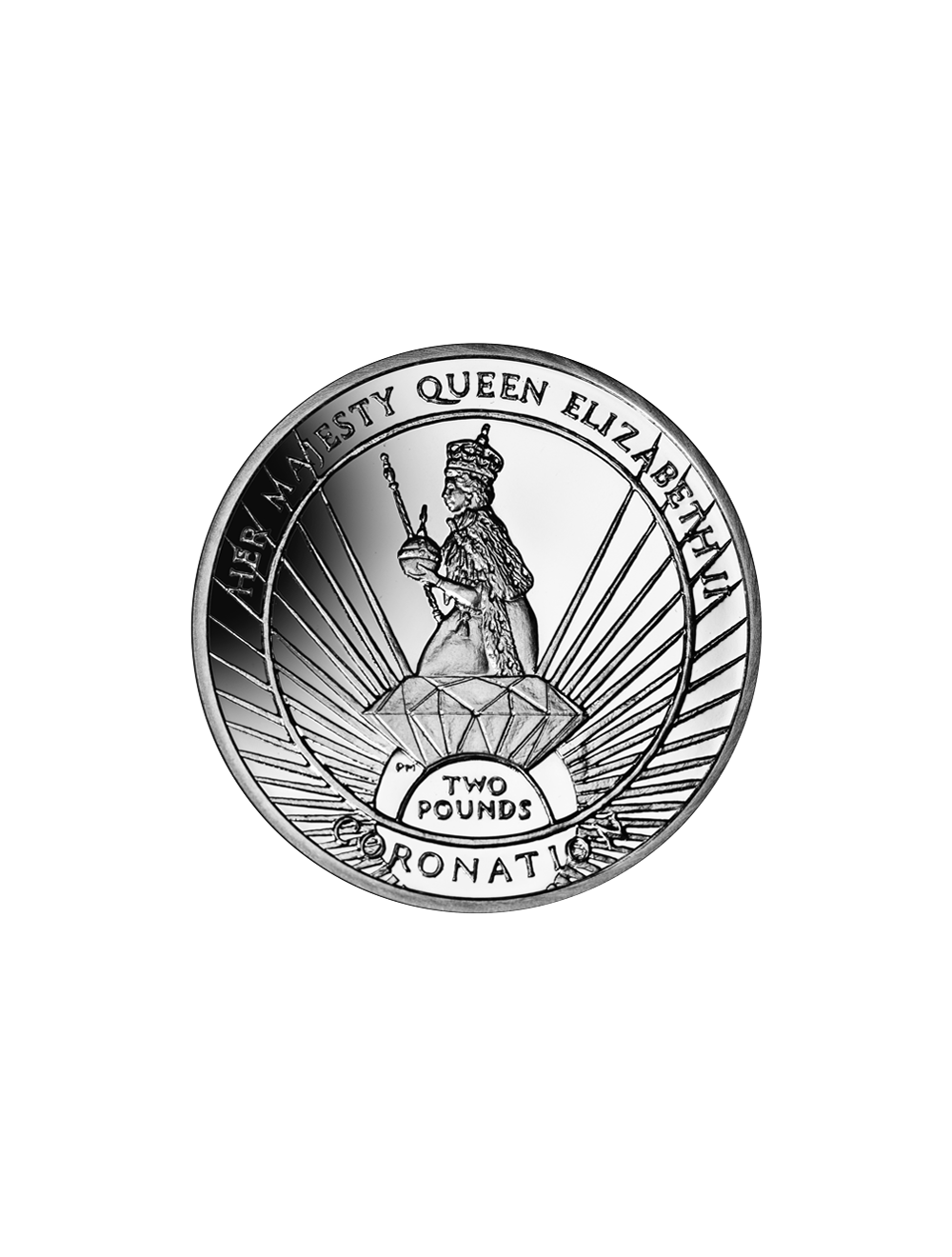 The South Georgia & South Sandwich Islands commemorative coin launched by Pobjoy Mint features a Coronation image of Her Majesty above a diamond with reflections running through it. The choice of the diamond signifies the celebration of the Queen’s Diamond Jubilee Year.

Available as an Uncirculated Cupro Nickel £2 coin, every coin has been finished to the exacting high standards that distinguish a Pobjoy Mint coin. The obverse of all coins carry an effigy of Her Majesty Queen Elizabeth II, by Ian Rank-Broadley FRBS. Ian Rank-Broadley is one of the foremost sculptors working today. His effigy of H.M. Queen Elizabeth II has appeared on all UK coinage since 1998 and the Pobjoy Mint has exclusive use of the ‘uncouped’ effigy that appears on the obverse of these coins.

The first time since Queen Victoria’s era that there have been three living male heirs, these coins  provide the perfect souvenir to mark this momentous occasion.