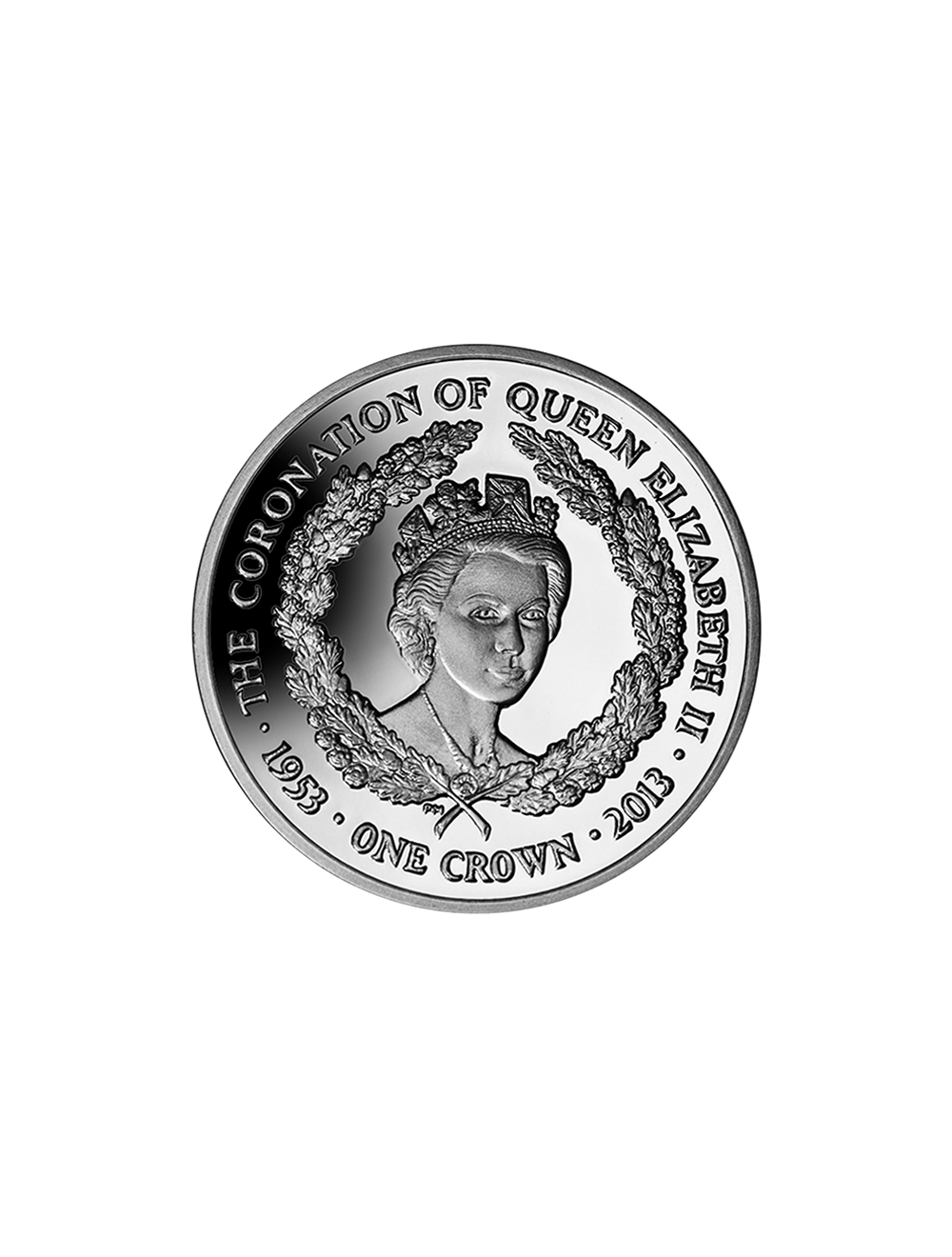 The Falkland Islands commemorative coin features a central image of a young Queen surrounded by a garland of acorns and diamonds, with the image depicting her as she appeared at the time of her Coronation in 1953. The use of the acorns is a link to the Oak Tree, a symbol of strength and longevity and one which has long been associated with The Royal Family. The use of the diamonds in the garland signifies the sixty years that the Queen has been on the throne.

Available as both a Proof Sterling Silver Crown and Uncirculated Cupro Nickel Crown, every coin has been finished to the exacting high standards that distinguish a Pobjoy Mint coin. The obverse of all coins carry an effigy of Her Majesty Queen Elizabeth II, by Ian Rank-Broadley FRBS. Ian Rank-Broadley is one of the foremost sculptors working today. His effigy of H.M. Queen Elizabeth II has appeared on all UK coinage since 1998 and the Pobjoy Mint has exclusive use of the ‘uncouped’ effigy that appears on the obverse of these coins.