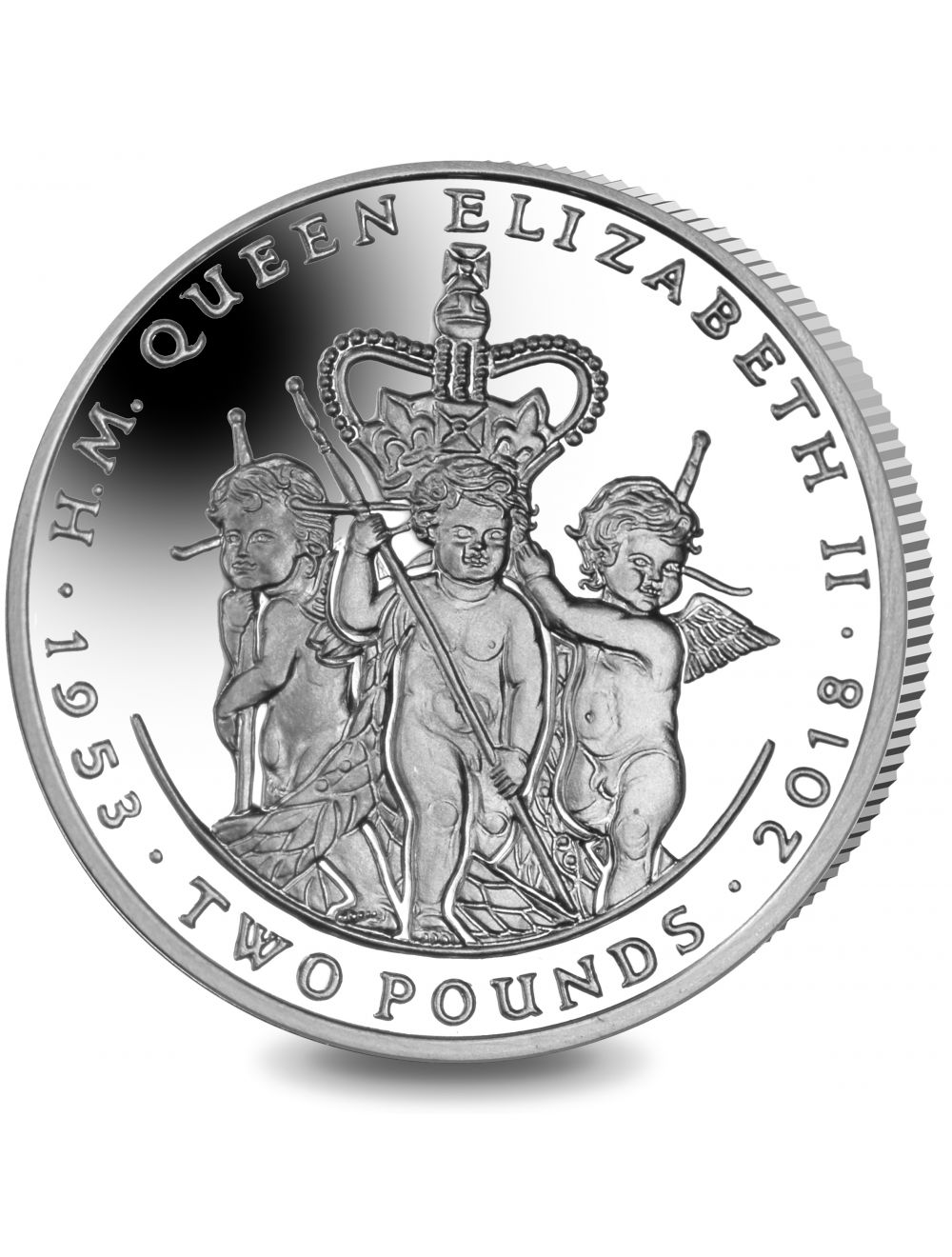 After acceding to the throne in February 1952 following the death of her father, King George VI, Queen Elizabeth II’s Coronation was held on 2nd June 1953 at Westminster Abbey.   To mark the 65th Anniversary of this historic event, Pobjoy Mint is delighted to release a fabulous new coin on behalf of the Government of South Georgia & the South Sandwich Islands.

Coronations have been held at Westminster Abbey for 900 years and Her Majesty was the sixth Queen to have been crowned there.  The service was conducted by the Archbishop of Canterbury, a duty which has been undertaken since the Conquest of 1066.  The Coronation service itself fell into six parts: the recognition, the oath, the anointing, the investiture (which includes the crowning), the enthronement and the homage.

The Queen and the Duke of Edinburgh were driven from Buckingham Palace to Westminster Abbey in the Gold State Coach which was pulled by eight grey gelding horses: Cunningham, Tovey, Noah, Tedder, Eisenhower, Snow White, Tipperary and McCreery.  The Gold State Coach has been used at the Coronation of every British Monarch since George VI.  The return route was designed so that the procession could be seen by as many people in London as possible and took the 16,000 participants two hours to complete.  Designed by William Chambers and made by the coachmaker Samuel Butler the coach features three cherubs on the roof representing England, Ireland and Scotland which support the Imperial Crown.  These three cherubs are depicted in beautiful detail on this stunning new coin.

The obverse of the coin features an effigy of Her Majesty Queen Elizabeth II produced exclusively by Pobjoy Mint.