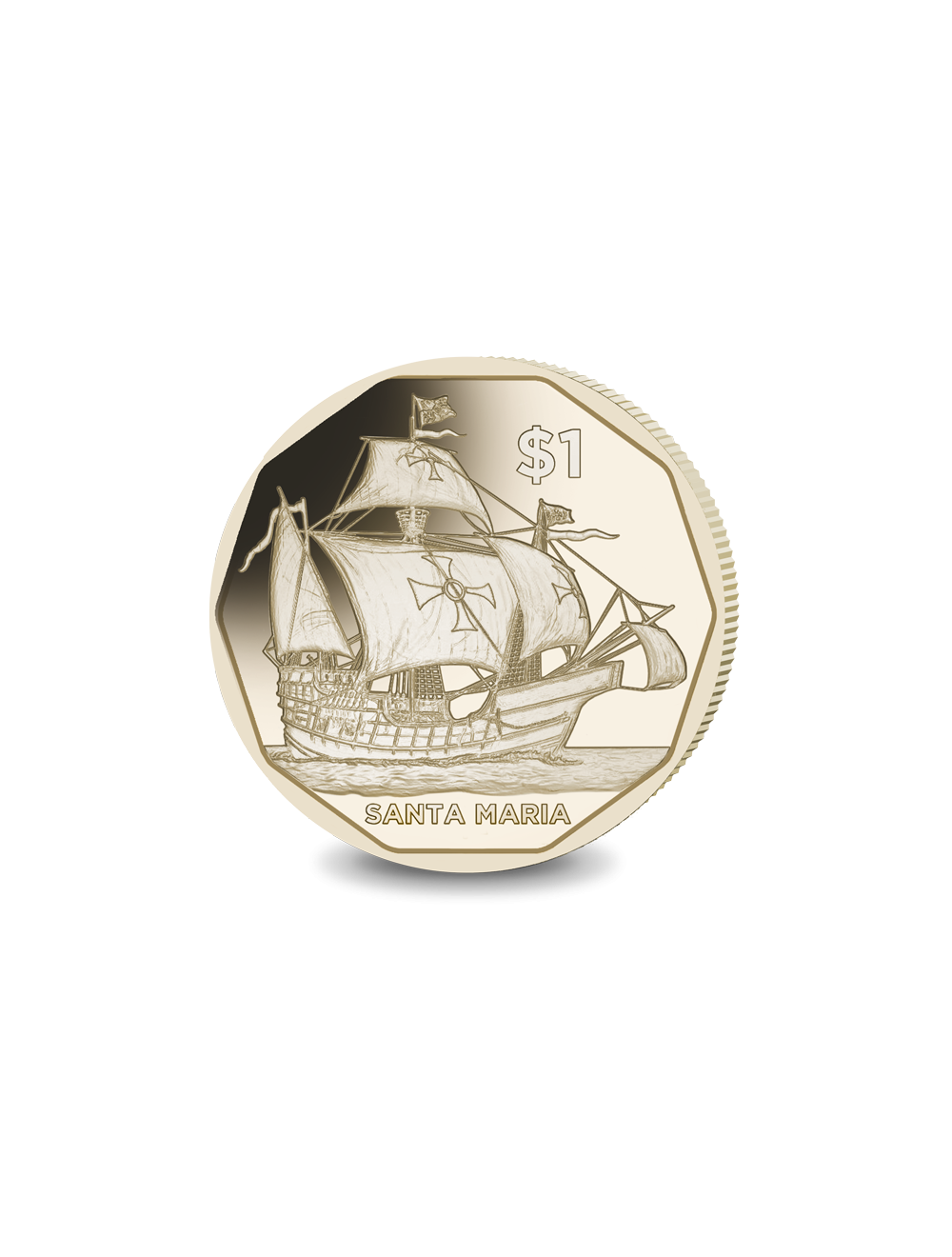 After the incredible reaction to our 2020 and 2021 Tall Ships series, we are thrilled to announce the release of a brand new 6 coin series featuring ships connected to the British Virgin Islands.

The second coin in this series features Columbus famous ship the Santa Maria. The Santa Maria, originally nicknamed La Gallega, was the largest of three ships used by Christopher Columbus in 1492 during his first voyage across the Atlantic Ocean, with the other two ships being the Niña and the Pinta.

*This coin is sold in a round capsule inside a blue pouch. If purchased with an album pr pop-in presentation pack, no pouch will be supplied. If more than 14+ coins have been purchased, please note no pouches will be included and your coins will be dispatched in tubes.**

Show more
The origin of this ship is often disputed but is believed to have been built in Spain in the year 1441 before later being rebuilt for use by Christopher Columbus. The Santa Maria is assumed to have been a medium-sized carrack, of around 58ft (17.7m) in length on her single deck. Requisitioned by order of Queen Isabella of Spain, her master and owner was Juan de la Cosa, whom Columbus knew previously. In 1492 and for 35 days, Columbus and his crew of 86 Spanish sailors sailed westward searching for a passage to China and India. Columbus hadn’t found a western route to India, of course, but his success in crossing the Atlantic was due in large part to the ships he chose for the perilous voyage. Columbus’ ships were an improved type of caravel known as the caravela redonda, a three-masted ship where the first two masts were rigged with conventional square sails for open-ocean speed, and a third was rigged with a lateen sail for coastal maneuverability. That rigging combination made his ships some of the best sailing vessels of their time. Details regarding the end of the Santa Maria were written In Columbus’ journal, as well as his son Ferdinand’s Life of Columbus; yet the two often differ. In Columbus’ journal, on Christmas Day in 1492, the ship ran aground of the northern coast of Haiti, with records of the location of the wreck being noted in his journal. Many researchers have attempted to figure out how these deceptions and current maps align with the coastline, in a bid to pin down the exact location of where the ship ended its voyage. However, even today, the exact location remains a mystery.
More Information
Coin Specification
Delivery info 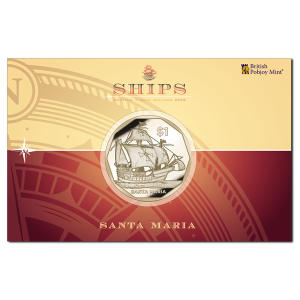 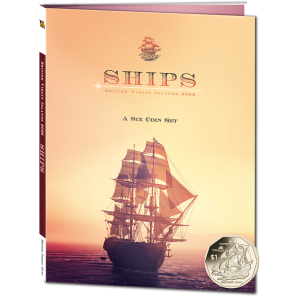 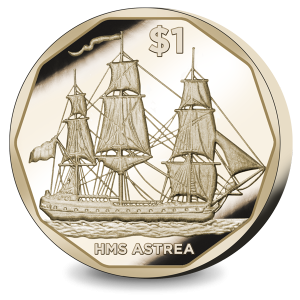 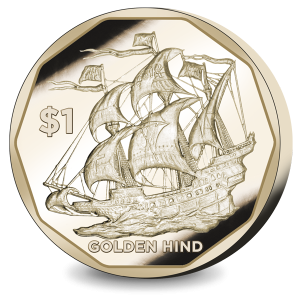