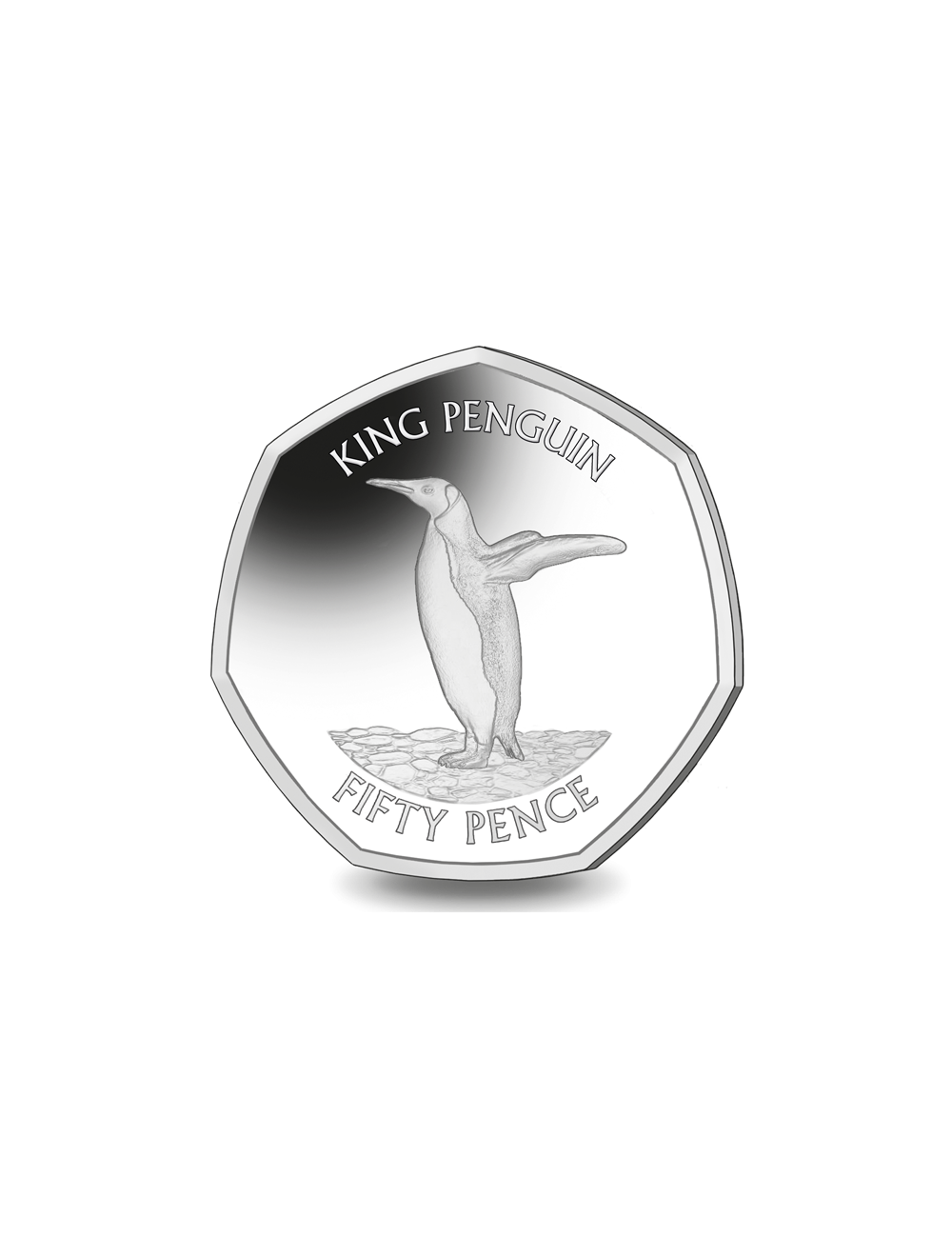 Availability: In stock
SKU
L6724804
$69.95
Add to Wish List Add to Compare
Pobjoy Mint are delighted to announce the final 50 pence coin in the penguin series on behalf of South Georgia and the South Sandwich Islands Government. The fourth coin in the new series features the King Penguin. The Penguins coins have been vastly popular with collectors and this very low issue limit series has been just as popular. This series has been complimented with a limited edition silver coin series making this series even more special. At first glance, the King Penguin appears to be very similar to the closely related Emperor Penguin. However, the King Penguin can be distinguished from its relative by a solid bright orange patch on the cheek which contrasts with their dark feathers. The King Penguin is the 2nd largest species of penguin in the world and over half a million pairs inhabit in South Georgia and the South Sandwich Islands. Like emperor penguins, King Penguins do not build nests and instead they lay only one egg at a time and carry it around on their feet covered with a flap of abdominal skin called the brood patch. The design on the coin itself features a single king penguin. The Pobjoy Mint exclusive Effigy of Her Majesty Queen Elizabeth II is shown on the obverse of the coin.
More Information
Coin Specification
Delivery info